How to Eat Vegan at any Restaurant

When I first went vegan, I was overwhelmed.  I knew the basic stuff I could eat and I’m lucky to have a great vegan scene in Nashville so going to vegan restaurants were a big part of it in the beginning.  Eventually, I had to start eating at non-vegan restaurants though.  If I had a meeting or my family wanted to go somewhere that wasn’t exactly vegan friendly, I had to figure it out.  And, I’m a terrible vegan so salad was not an option!  All of these tips or questions that I wondered when I first went vegan so here is my tips for eating out as a vegan at any restaurant.  And, don’t get discouraged – I STILL look up certain things like to remember to ask about oyster sauce at Chinese restaurants and so on.

I used to be really nervous to do this.  I hate talking over the phone and I hate being a pain in the ass so this is horribly uncomfortable for me.  But, if I can do it then so can you!  My first questions is “Do you have anything that is vegan friendly?”  If they either say no, they don’t know or seem uncertain, I’ll ask more specific questions.  Sometimes by calling, the restaurant will actually prepare something special for you that may not even be on the menu.  If they have time to prep, they usually will (depending on the restaurant).

I also use this option quite often and have gotten great responses!  Here’s example of where I did so and ended up having amazing vegan chili and some of the best fries in my life at a place you would NEVER expect there to be vegan options – an arcade bar. 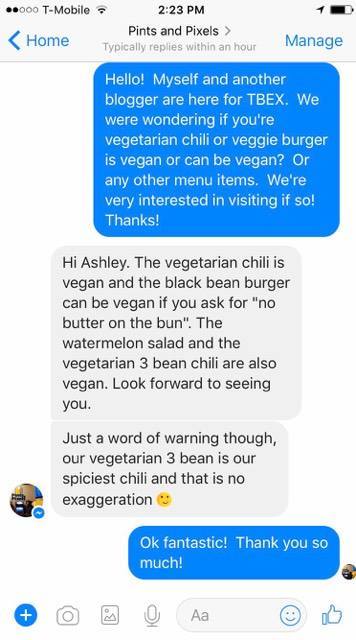 Check the Menu Out Online

This is probably my most go-to that I personally do.  Sometimes, it’s really easy to spot vegan items without having to call or ask your waiter.  For instance if there is a salad that has egg, bacon, cheese or meat – you can just have it made without and ask for extra veggies.  Sometimes, you’ll be surprised that they have marked things vegan on their menu.

Ask if They have a Vegan/Vegetarian Menu

Some places have a special menu and you just have to ask!  I wouldn’t say it’s super common and most chain places likely don’t.

If you really just want to go to spend time with family or friends or you have no option to go but you’re worried about the lack of options, eat before!  I do this quite often.

Sides are your Best Friend

Sometimes I just order a bunch of sides – friend fries, baked potatoes, veggies, soup and more!  There are usually many vegan options or items that can be made vegan.  Vegans will joke that you can “just get fries.”  There are many times I will get a side salad and fries and while it may not be gourmet or anything special, it does the trick.

Either let places know how much you appreciate them having vegan options (if they do and they are sufficient) or let them know that you would love to see more vegan options on the menu so that you could frequent their restaurant more.

When it comes to order, don’t necessarily use the word vegan.  Don’t just say – “please make that vegan” – they may not have any clue what you’re talking about and more commonly, they may think vegan is the same thing as vegetarian.  Be specific about what you DO NOT want.

Now is not the time to explain the benefits of veganism or talk about animal cruelty or be snobby or assume everyone knows what veganism is all about.  Just ask the questions, explain what you’d like, say thank you and be nice.

Use apps to find vegan friendly restaurants in the area you’re traveling to or live in.  Happy Cow is hands down my favorite.  You can look for vegan only, vegetarian or places that have veg options.  It’s so helpful! 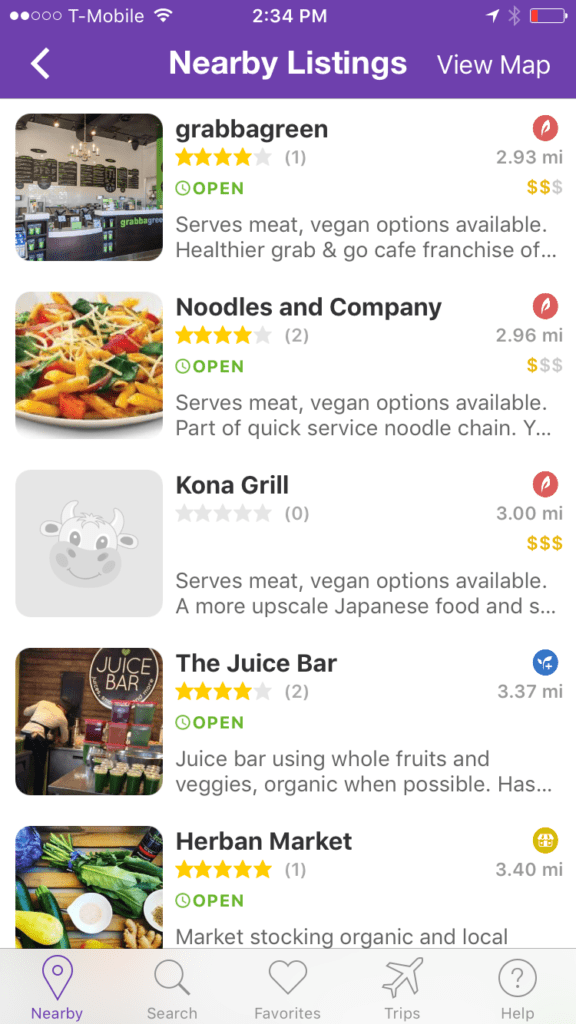 Do not Assume Dressings are Vegan

Don’t assume a dressing is vegan.  Many can often have egg and/or dairy in them – and not just the dairy based ones such as ranch.  Always ask.

Not all Veggie Burgers are Created Equal

More often than not, a veggie burger is not vegan.  Most contain egg so always ask unless it’s marked vegan.

Look out for Add ons

Buns are often buttered, parmesan is often added to a dish at the end, bread can often have egg in it.  All the little things are what get annoying but the more you get in the habit of asking, the more it will just be second nature!

May seem like a lot of work but just jotting down what you ate and where will keep you from having to ask next time.  So, you’ll always know what you can eat ‘ X restaurant’ and you only had to ask once! 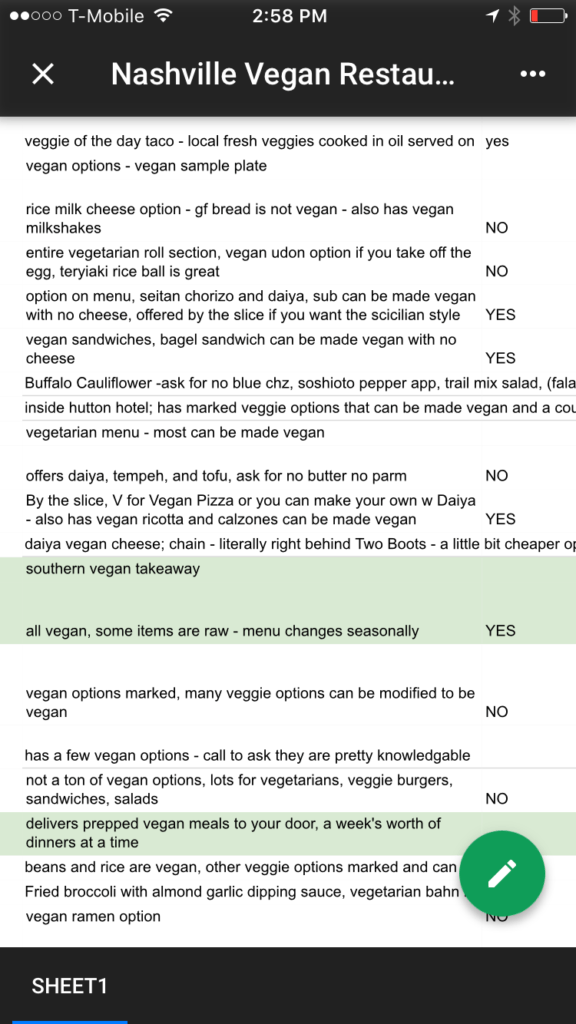 These are the typical things you would worry about at these types of restaurants.  I would always err on the side of caution and ALWAYS ask about dairy, eggs and stock.  At Asian restaurants, don’t forget about fish sauce and oyster sauce.

Servers should speak your language and should be able to sub out dairy and egg products no problem.

Do you have any specific questions for me about eating out as a vegan?  Ask in the comments!

PIN FOR FUTURE USE!

← Previous Story A Vegan Guide to Indianapolis, Indiana
Next Story → The Indianapolis City Market is a Vegan Paradise