As the vegan movement is going from the fringes to mainstream and experts warn against the dire impact of factory farming on the planet, companies worldwide are starting to invest millions of dollars in vegan food, specifically in vegan meat substitutes.

Today, it’s not uncommon to see vegan options even at well-known fast-food chains such as Burger King or McDonald’s as they, too, start to catch the wind of change. Vegan dishes slowly make their way into our food tables as more people begin to adapt to a vegan lifestyle.

And while switching to a vegan diet might not be easy for some, there are many ways to make this transition more smooth. One of them is finding good vegan meat substitutes that are often used to make delicious vegan dishes.

The good news is that the number of vegan meat alternatives keeps growing as more companies realize the huge potential of this once-fringe diet.

With more people questioning the impact of meat consumption on our health, our planet, and the animals that live on it, the demand for vegan meat substitutes continues to rise in many parts of the world. Following a vegan lifestyle and practicing sustainable travel tips will lead to you really making a difference in your travels and at home.

Gone are the days when you have to spend hours looking for vegan food. Today you can easily find vegan meat substitutes in many stores, such as plant-based sausages, patties, and other meat alternatives.

So, if you are looking to pick up some vegan meat substitutes on your next trip to a grocery store, put these ingredients on your grocery list.

One of the most well-known vegan meat substitutes, tofu, doesn’t need an introduction. Tofu has been used in many dishes long before the rise of veganism, however, once the vegan movement took off, tofu has gained huge popularity among plant-based eaters.

But what is tofu?

To put it shortly, it’s a solid mass made out of soya beans through the process of separating the liquid from the solid content.

You might have tried tofu when you were at your local Asian restaurant.

This is no coincidence: Tofu has been a staple in many Asian cuisines for many centuries, as it is known to quickly absorb the smell of spices. However, as more people use tofu for vegan dishes, this one plain product has been widely diversified.

Just go to a vegan section of your local store, and you will find at least a few forms of tofu, such as smoked tofu, sliced tofu, and other options.

Pro tip: Due to its texture, tofu is a perfect swap for chicken. It’s super easy to make tofu crispy enough and give it all the flavors of your favorite dish. And while tofu has no distinct flavor on its own, it quickly absorbs the flavor of other ingredients in any dish.

Another soy-based protein, tempeh, is pretty similar to tofu but has a slightly harder texture.

It’s made out of fermented soybeans, has a darker brown color, and is an amazing source of protein, vitamins, and fiber. It is higher in protein than tofu and has relatively low fat.

Also, it is loaded with probiotics that typically occur in fermented products and cultured milk, making it a great probiotic!

Pro Tip: Tempeh is a perfect meat substitute for tacos and meatballs because it can be molded into literally anything. And what’s better, with the right spices, it can be made to taste exactly like pork or beef. Similar to tofu, it also takes on the taste of other ingredients in a dish.

The wheat-based seitan is rich in protein and is often compared to chicken because of its chewy texture.

If you have been on a plant-based diet for a bit, you might have noticed that many vegan restaurants use seitan instead of chicken in their dishes because the seitan’s texture is very similar to white meat.

Although seitan is less known than tofu, you can easily find it in supermarkets in the same section.

Seitan is considered one of the best vegan meat options because it can be used in a variety of dishes.

Pro tip: If you need help finding the right vegan ingredients while you are shopping and looking up awesome delicious vegan recipes, check out these vegan apps.

Jackfruit is an exotic fruit prevalent throughout Southeast Asia and has been slowly entering the vegan scene in Western countries.

Jackfruit is a tropical fruit with a very rough outer side and a sticky inside that is super fleshy, making it a perfect meat substitute for vegan dishes. Although it has a mild sweet flavor, it loses the sweet taste when you cook it with the proper ingredients.

Speaking from my own experience, peeling jackfruit can be a bit of a hassle because you first have to cut through a very thick shell and then separate the core.

But trust me, it’s worth it!

In the end, you will be rewarded with delicious vegan meat (that has a texture similar to chicken) for your barbecue, sandwiches, and the dishes that would come with pulled pork in a non-vegan world.

If you don’t feel like doing all the work, jackfruit can also be purchased peeled or canned.

Pro Tip: Once peeled, jack fruit can be stored in a refrigerator for a very long time. This means that you might have enough meat substitutes for the entire week of cooking!

Chickpeas are an excellent addition to your vegan diet for many reasons. They are loaded with protein and provide a lot more calcium than milk (Goodbye lactose!)

Think you’ve already heard about chickpeas? You might be right because chickpeas are a staple in many Middle Eastern dishes, such as your favorite falafel or hummus.

Black beans are what brought you those delicious vegan burgers.

Often used in many plant-based meat products, black beans are nutritious, healthy, and super-rich in protein. This makes them a great alternative to red meat, which is full of cholesterol and can cause diseases.

In addition to that, black beans are cheap, so you can tell everyone who argues that you have to break your wallet to become a vegan.

Now think about delicious chilis, bean soups, and other hot dishes that often use beans.

There are many different types of beans, so when you are making them, you can choose from black beans, pinto beans, kidney beans, and others.

A close relative of beans, lentils is another delicious legume that can easily replace meat in your diet.

Loaded with fiber, lentils have many features that make them great for your health. They are great for leveling off your blood sugar, keeping your weight in balance, and helping your digestion.

They are cheap and easy to cook, which makes them a perfect basic ingredient in your kitchen. And just like with beans, a small number of lentils can be enough to make a dish that will last you a couple of days.

Lentils come in many colors and can be purchased in the original dry condition or canned. They are often used in stews, rice dishes, and soups.

Did you say you miss buffalo wings?

In vegan cuisine, anything can be imitated thanks to the superpower of plant-based ingredients!

Even a seemingly boring ingredient such as cauliflower can be used to make delicious crispy chicken wings. If you cook cauliflower right and apply the proper seasoning, you can use it in a lot of your favorite dishes.

Use it to make spicy buffalo wings or substitute meat in your favorite Asian dishes. Cauliflower can have a ton of flavors if you cook it properly!

When you think about vegan meat alternatives, you might picture some exotic, hard-to-get ingredients that also don’t come cheap.

The reality is that mushrooms are a perfect substitute for meat because they have a meaty flavor and are used in a lot of dishes with vegetables, pasta, potatoes, and other vegan basics.

It’s one of the best natural, unprocessed sources of fiber which is great if you are trying to lose weight.

And while mushrooms are often praised for their incredible healthy features, they are not a major source of protein, so remember to supplement protein with other ingredients in your vegan cuisine.

Whether you want to fry, boil or bake them, they are a favorite of many vegans!

The days when vegans had to hide in a closet and were forced to eat bland salad leaves are history.

Today, vegan restaurants are thriving in many countries, including the United States, with cities like New York City, Portland, Los Angeles, and Vegas going above and beyond for vegans, as people are becoming more vested in their health and the future of their planet.

You don’t have to look hard for vegan alternatives anymore, as they are readily available through apps such as Happy Cow or Is It Vegan?

And while it used to be a chore to find vegan meat substitutes, now they are readily available at your local grocery store. Switching to a vegan diet has never been easier, and finding rich ingredients for your next vegan meal is now a piece of cake.

I hope you’ve enjoyed reading this guide and will use it to pick some delicious ingredients for your next vegan meal.

Planning a trip for the future? Here are my resources.
Interested in starting a blog? Use these resources.
Read my other vegan tips. 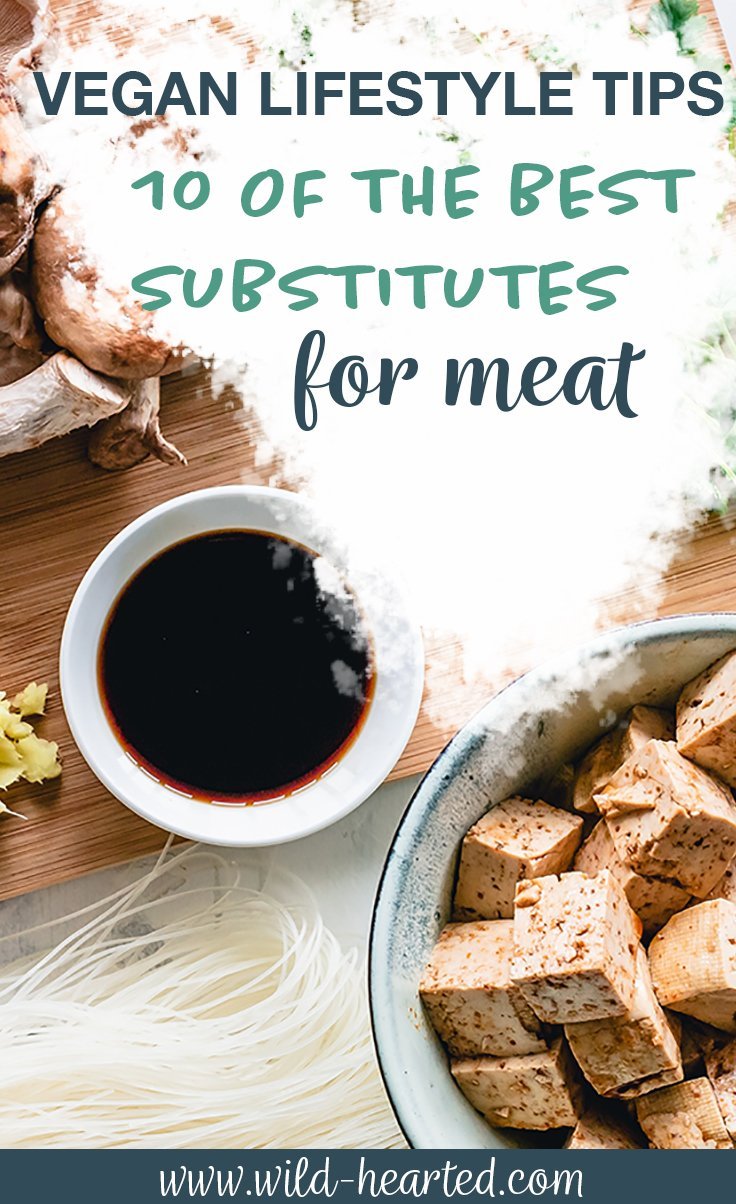 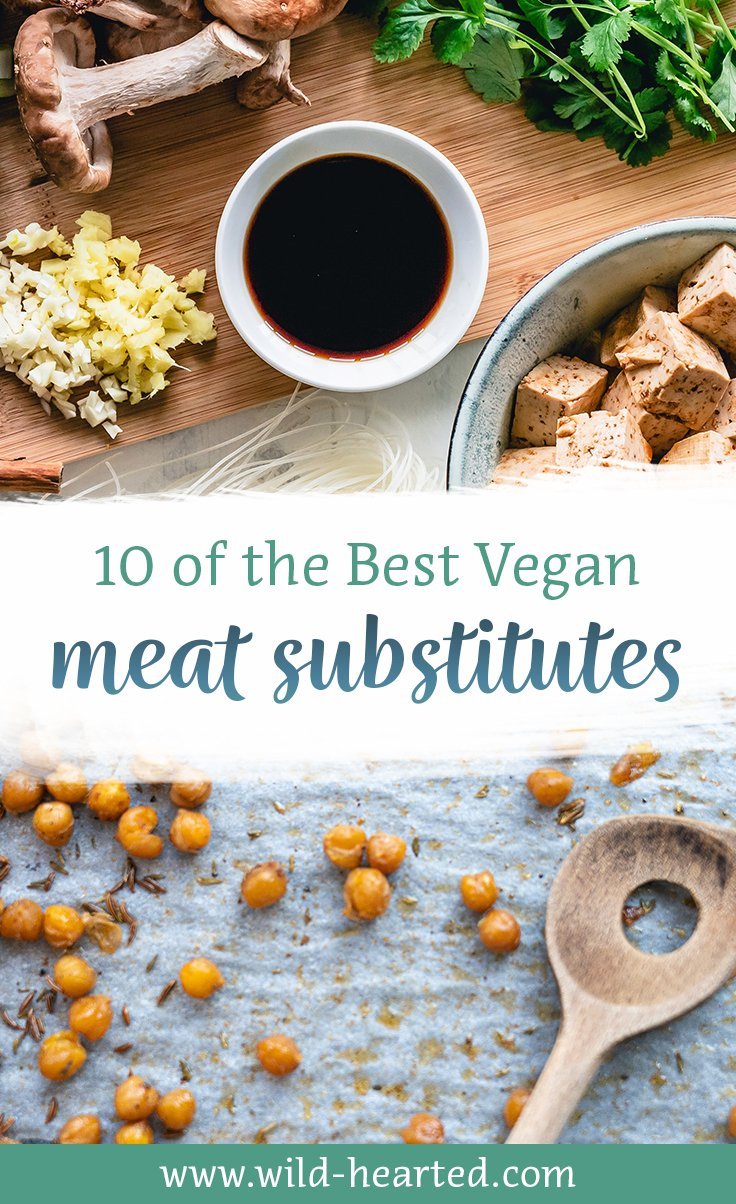 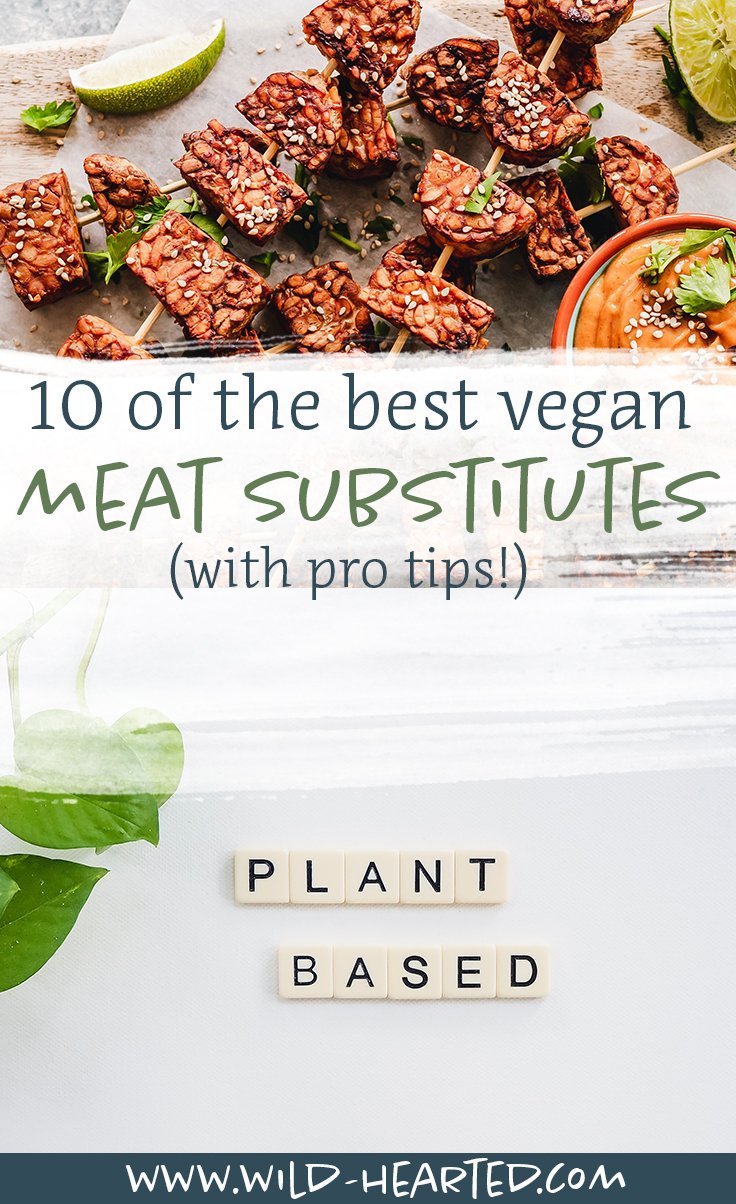 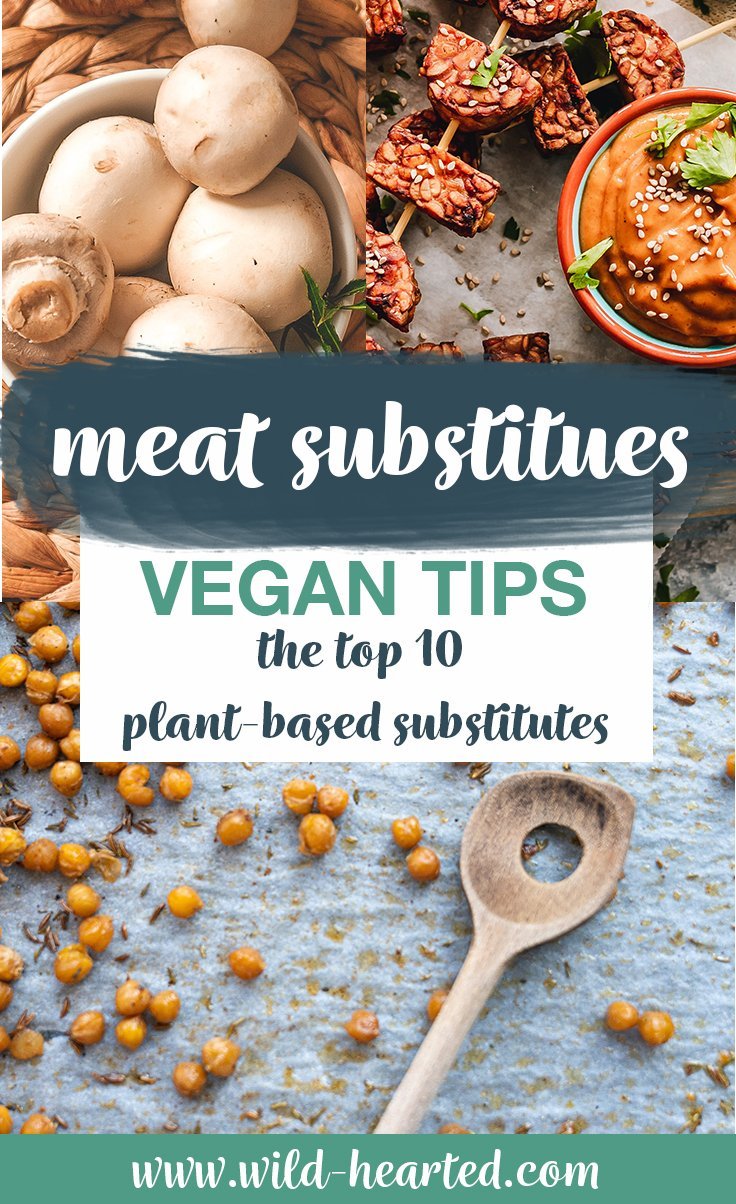 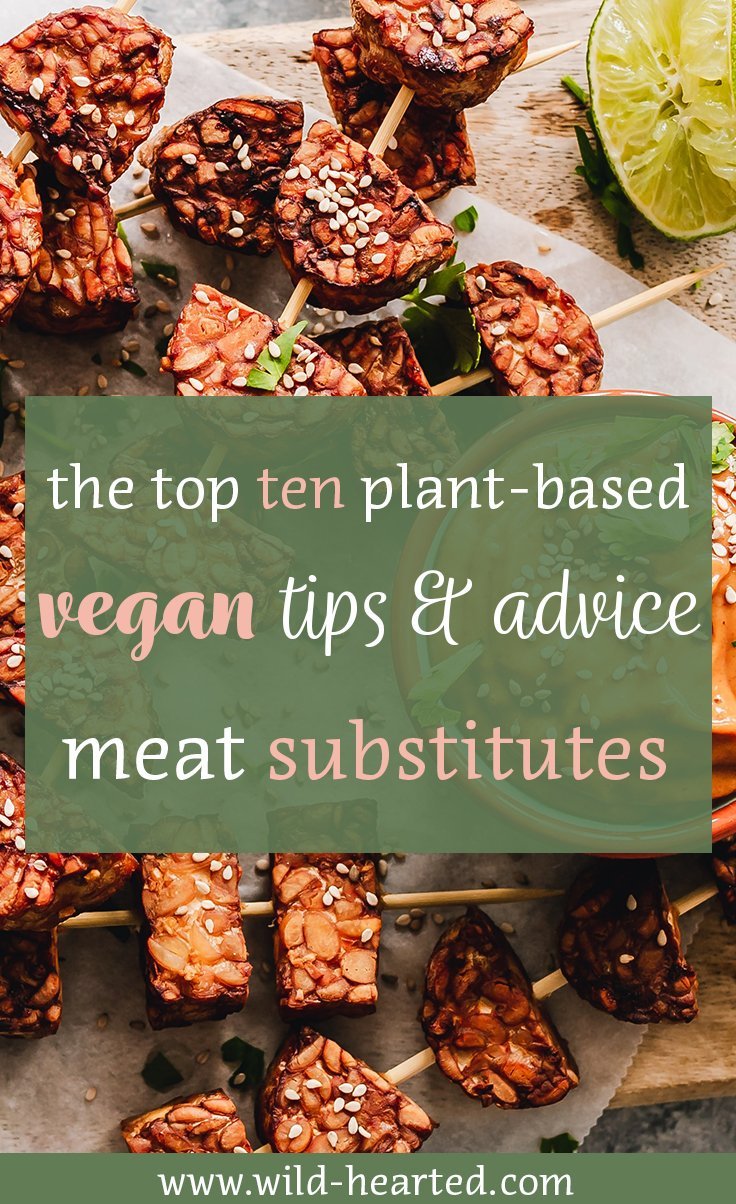 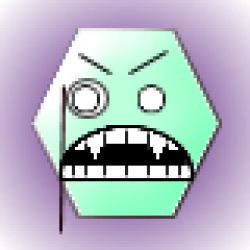 Daria Bachmann
The Discovery Nut is a travel blog focused on adventurous destinations around the world. The founder of the blog, Daria created The Discovery Nut to share her favorite places with the audience and to encourage everyone to get out of their comfort zone and explore more. If it's a scenic destination with gorgeous nature and amazing culture, it surely sounds like a Discovery Nut kind of place 🙂

Spice Things Up With These Vegan Hot Sauce Options