Cooking Our Way Around the World | Australia 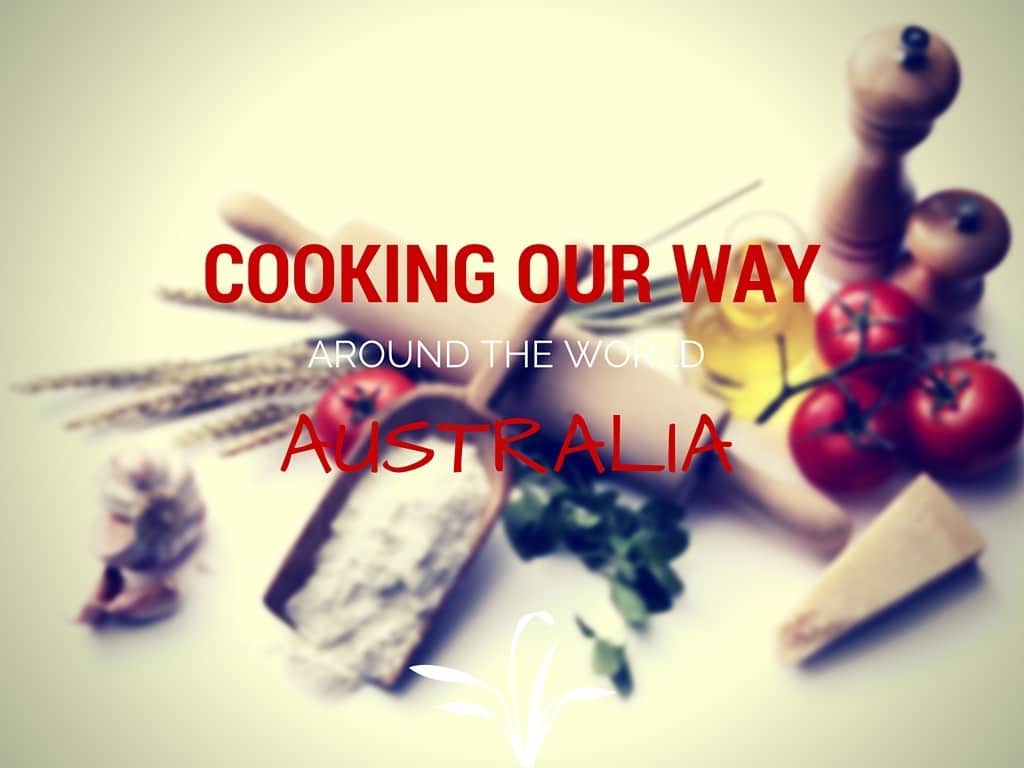 It all started at 5am.  FIVE IN THE MORNING, people.  I knew I should have done some prep work the day before but I was lazy and didn’t.  So, I went to bed, set my alarm for 5 and hoped I would hear it.  I had signed myself up to making our Australian meal on top of making two homemade apple pies (for my dad’s birthday) and a snickerdoodle apple cobbler (a recipe I found that I really wanted to make him but I still wanted him to have his pies).

Basically, I cooked way too much food.  And, I spent 7 hours doing so.  How do people do this all day every day?!

I’ve made a heck of a lot of apple pies in my lifetime (I’m convinced our family recipe is the best out there) but it still took me about 2 hours start to oven to finish these.  So, that on top of the cobbler, I probably spent about 3-3.5 hours on the actual food for Australia.  That’s still a decent amount of time in the kitchen.  Norway has been the shortest preparation and Afghanistan, the longest.

So, what did I choose to make for Australia?

Shrimp – the shrimp was delicious!  With the right amounts of lemon, garlic and cilantro – I’m a happy girl!  The recipe said to grill only 2 minutes, but that doesn’t quite cut it – I’d count on at least 5-10. 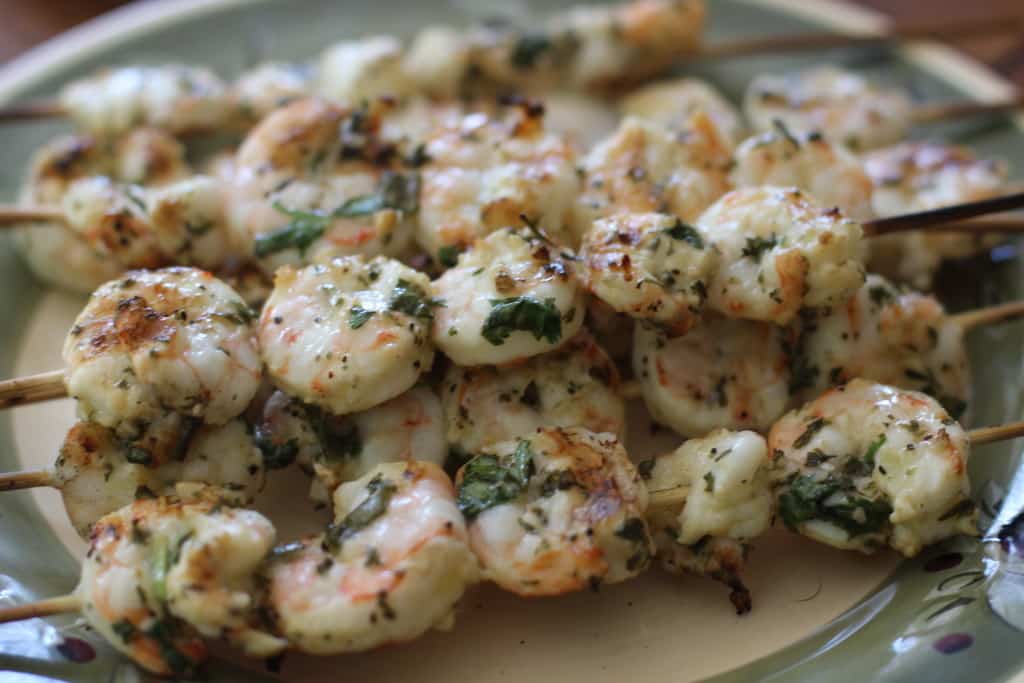 Damper Bread – this is such a sweet, simple and very dense bread.  It’s typically enjoyed with honey or jam.  We have plenty of leftovers that I’m planning on having for breakfast tomorrow! 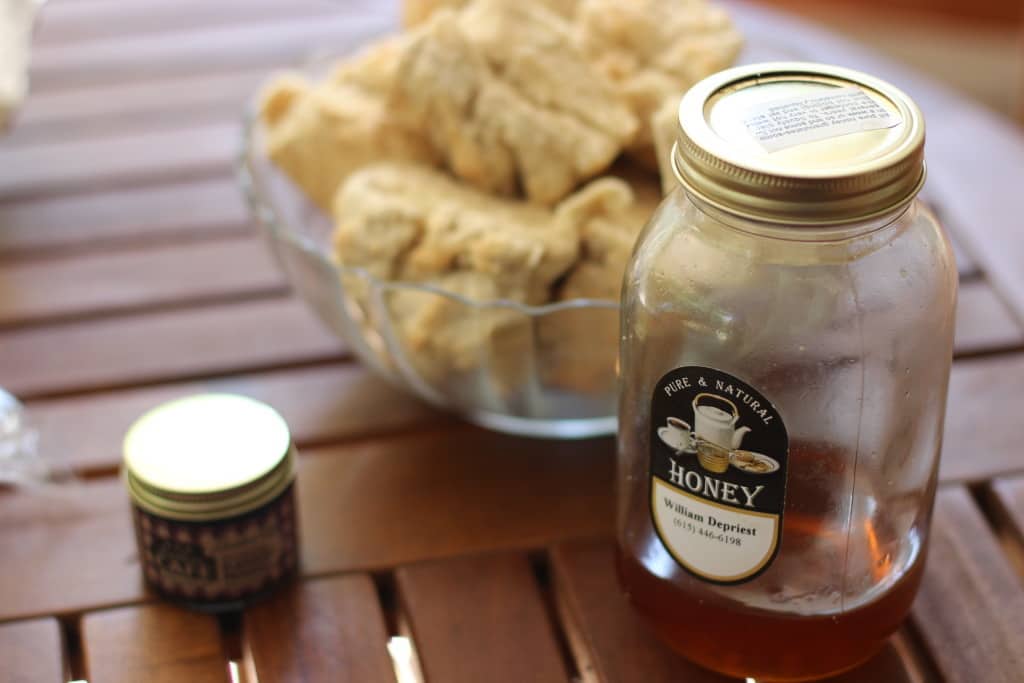 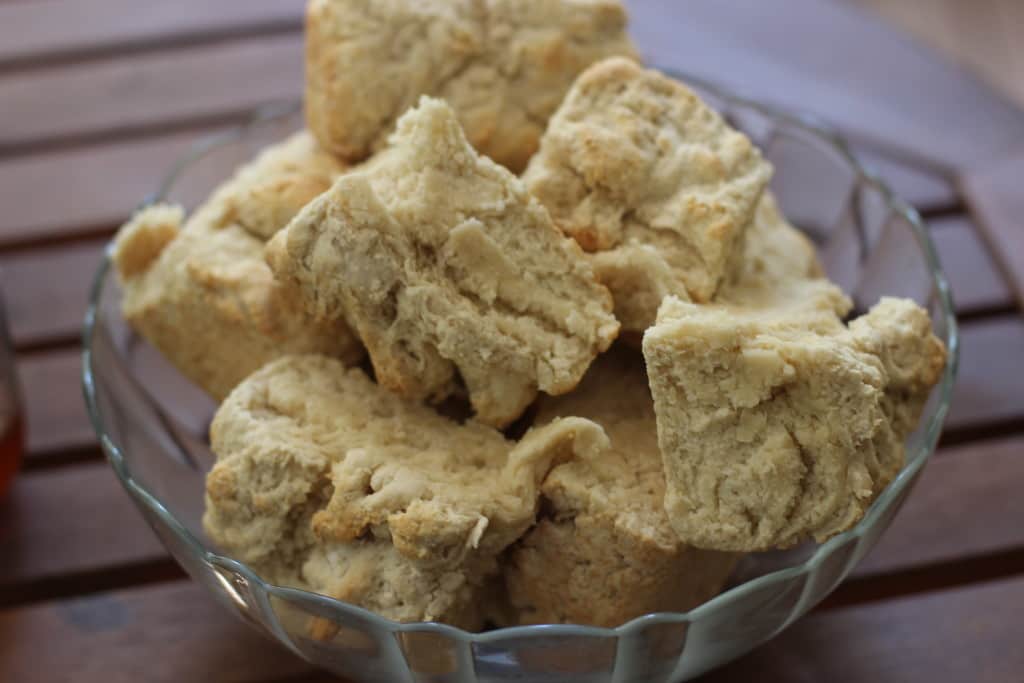 Sausage Rolls – these are to die for – mini bites of heaven.  They literally just melt in your mouth.  Love the idea of using puff pastry for the breading as opposed to croissants or something else.  And, the sea salt and oregano top – YUM! 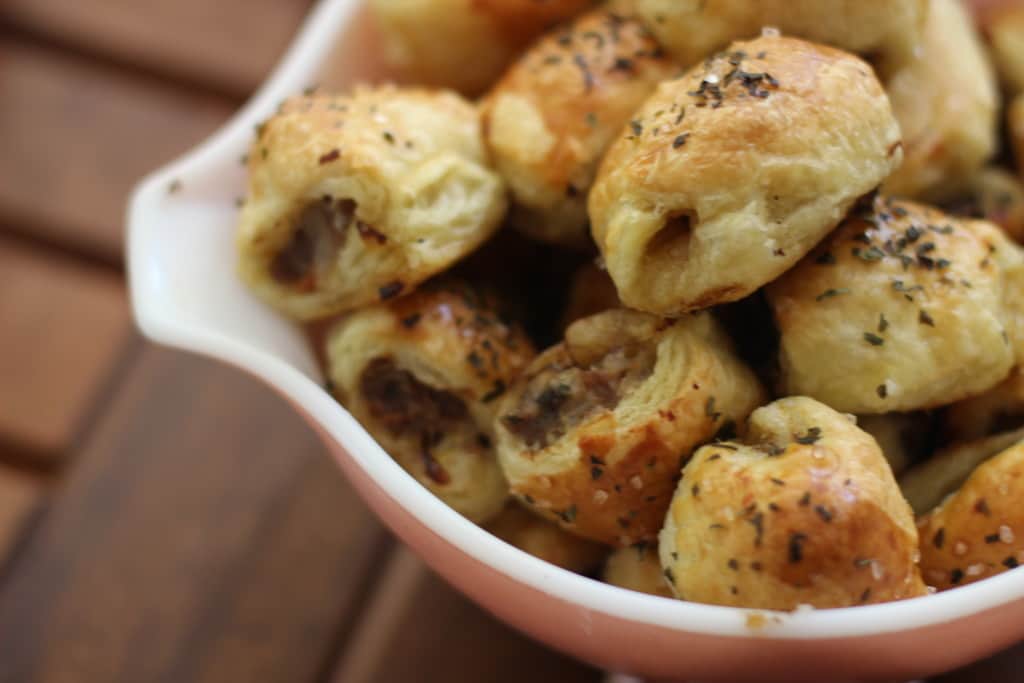 Crash Hot Potatoes – definitely putting these in my potato choices for future meals. 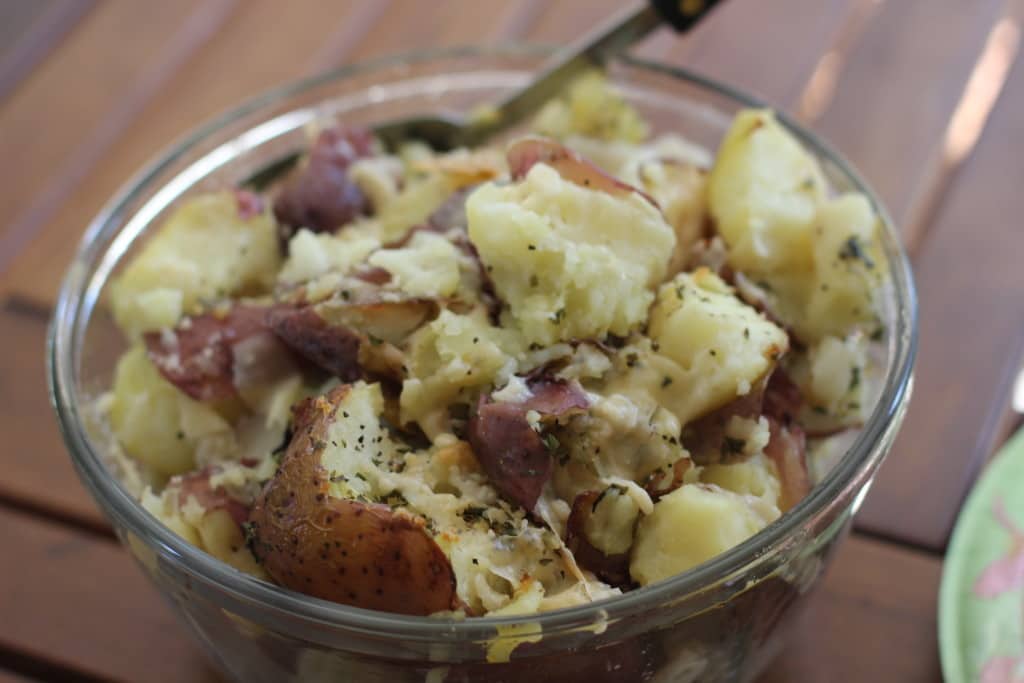 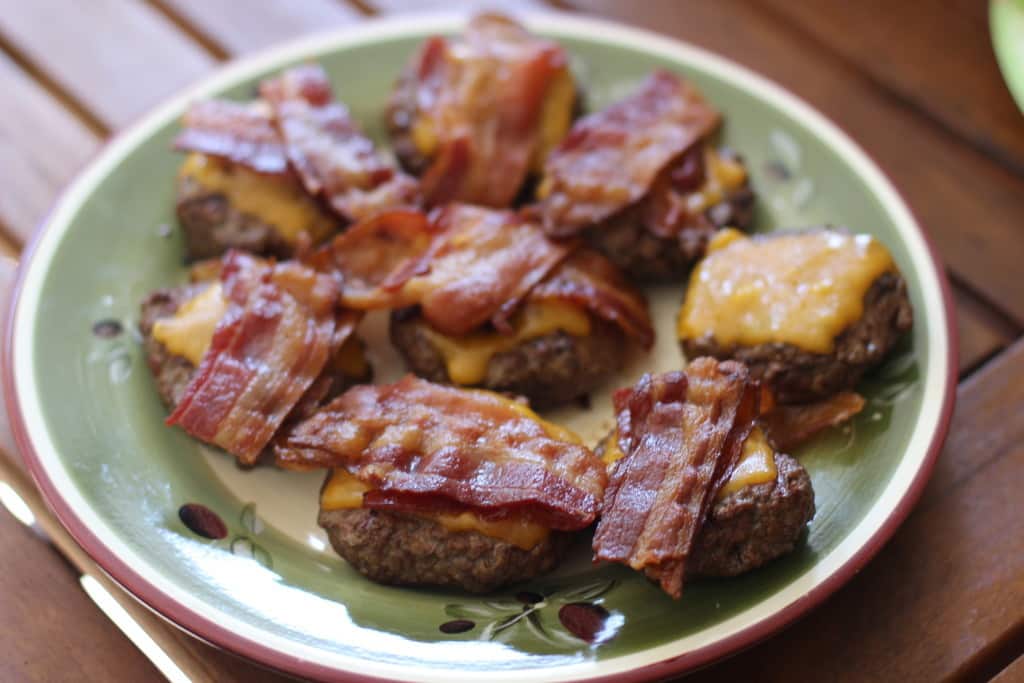 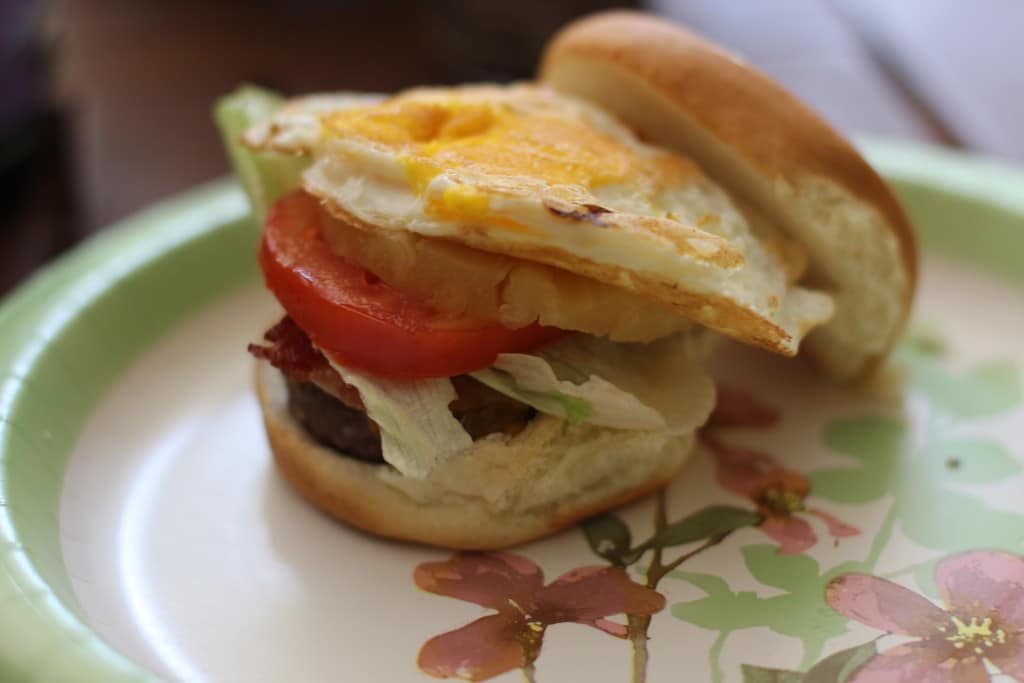 Honestly, none of it.  I really can’t complain about anything we ate today!  Win for Australia!

Where to find the hard-to-find ingredients for this meal?

Other than that, I think this is the first meal where I didn’t have to search out something completely different.

Grab you some Australian beer or wine!

Have you ever cooked Australian food?  What did you like or hate about it?

Can you guess what our next country is?!

Latest posts by Ashley Hubbard (see all)
Tags: AUSTRALIA, COOKING AROUND THE WORLD

Meet the Gypsies: Gábor and Rachele of Surfing the Planet