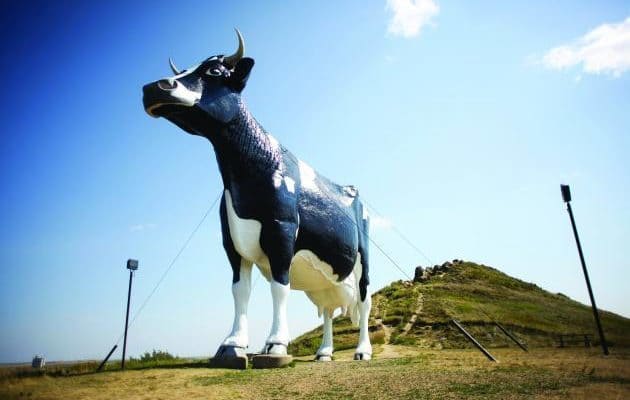 One of my favorite ways to experience a new place is by visiting the unusual and hard-to-find hidden gems.  I like to know about the things that only locals know about or visit the extremely quirky and weird roadside attractions.  I’ve gone off the beaten path and found hidden gems in my own backyard and in brand new places. 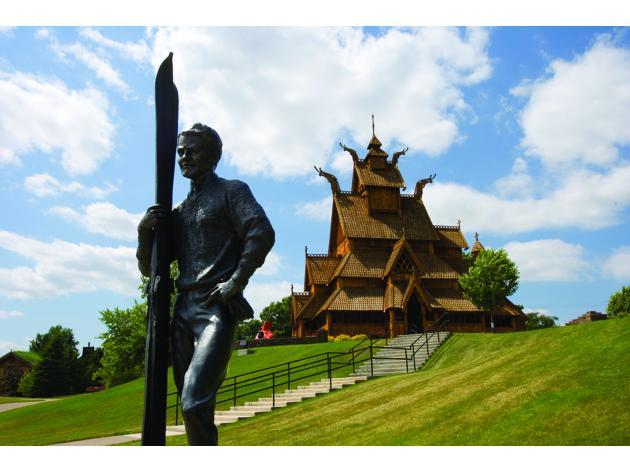 The Scandinavia Heritage Park is located in Minot, North Dakota and pays homage to Scandinavians.  The park features something from each Scandinavian country – a Swedish Dala Horse, a Finnish Sauna, a Gol stave church and much more!

We love everything about Scandinavia so this is a definite hidden gem for us!

The Village of Murals

Jud, North Dakota is about 35 miles south of Jamestown and has only about 75 residents.  Normally, you would drive right through this town or blink and miss it.  But, there is one reason to visit Jud, North Dakota.  It’s known as the ‘Village of Murals.’  I love street art and murals and it’s even more unique that such a small town is known for something like this.

The Geographical Center of North America

The very center of North America, geographically speaking, sits right in Rugby, North Dakota.  The location is marked by a 15′ tall rock obelisk, a US and a Canadian flag. 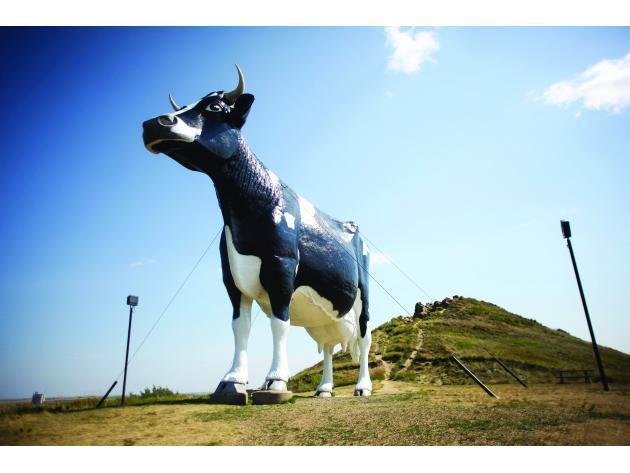 My favorite thing – cows!  Salem Sue stands at almost 40 feet and can be found near New Salem, North Dakota.  Sue was built in 1974 and has the honor of being the World’s Largest Cow.

That’s reason enough for me to visit!

In 1972, a Viking statue was built to honor that fact that many people in North Dakota believe to be descended from Vikings.  North Dakota is really starting to sound more and more like our kind of place.  We love, love, love Scandinavian and Viking history.

North Dakota has loads of hidden gems if you just know where to look – everything from large animal statues, outdoor gems, Scandinavian and Viking history galore, a tiny town full of murals and so much more wait for those read to get off the beaten path in North Dakota!

Do you know of any off the beaten path destinations or hidden gems in North Dakota??