I’ve recently written about all the wonderful outdoor adventures you must experience in North Dakota and while I think I’ve made it very clear here that I love the outdoors and adventure, we always enjoy city life as well.  I’ve always been a bit of a contradicting person.  I want a home base but I want to travel long term too.  I like luxury hotels but I like roughing it and camping too.  I feel the most at peace in the outdoors but I also need my city experiences too.

Believe it or not, North Dakota has plenty to offer when it comes to the city life. 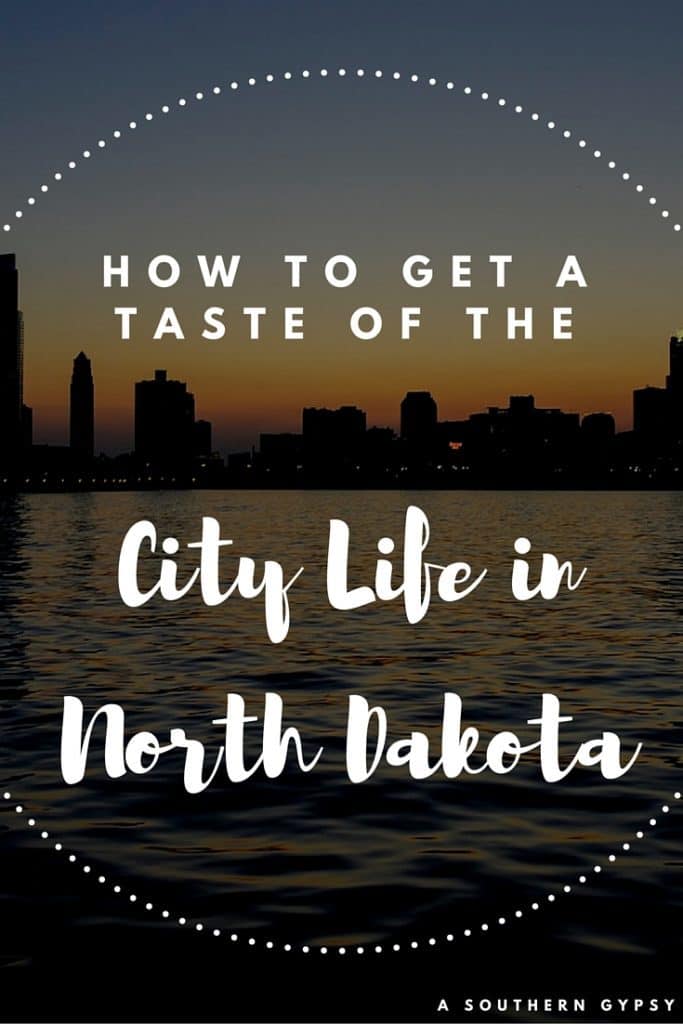 Start in the North central part of the state by visiting Minot.  My ex from about 10 years ago is in the Air Force and was stationed in Minot, North Dakota at one point.  When he would talk about it, I would just think “where the heck is Minot, North Dakota?”  I’d never heard of this place, knew nothing about it and had no idea what it offered.

Turns out, this very northern city offers quite a bit especially when it comes to Scandinavian heritage, festivals, and museums.

The next city I would head to would be to the East – Grand Forks.

Grand Forks is home to lots of outdoor activities including the Greenway, but if you’re looking for a city break, Grand Forks has a fantastic art scene.

Next, head South to Fargo.  Whether you’ve been to Fargo or not, you’ve probably heard of it from the classic movie and now television show.  Fargo is the largest city in North Dakota and due to this obviously has a lively city life with a vibrant nightlife, art scene and sports events.

Next, head West to Bismark located in the South central portion of North Dakota.

My next and last city stop would be in Medora.  Lying at the most Western edge of the state and located in the Badlands is Medora.   While this region is known more for its outdoor adventures, there are still a few things to do that shouldn’t be missed.

North Dakota has a lot of city life to offer with many sports teams, a booming art scene, film and theater, tons of museums and a unique and versatile culture.

Which city would you like to most visit in North Dakota?

**This post was brought to you by North Dakota Tourism.**