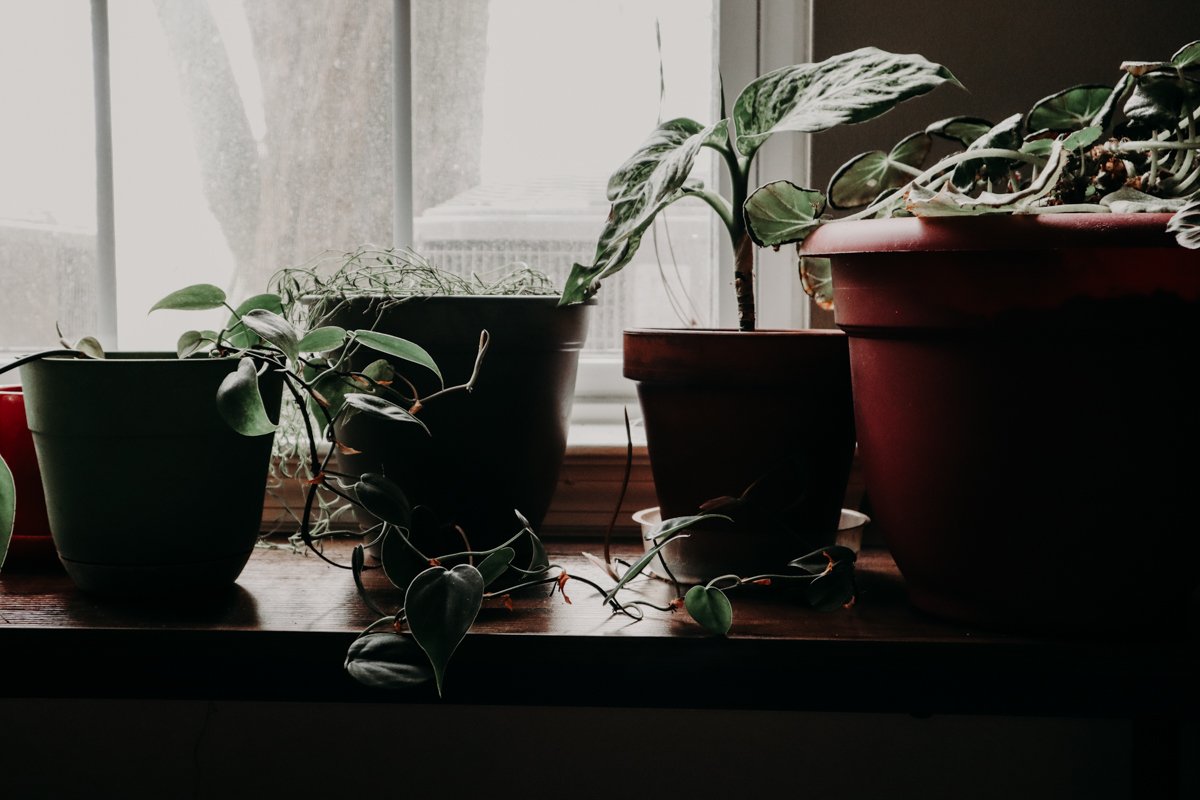 While April wasn’t amazing, it definitely wasn’t as stressful as March so I’ll take that. Like many, we’ve been staying put.

I’ve still had to leave the house a couple of days a week to work and my boyfriend had two weeks off but then has been back to work full-time so we haven’t been quite as isolated as many, but still a different kind of life for sure.

Nothing huge to report over, but we did move our existing couch into our bedroom and got a new couch for our living room (with recliners). We hardly ever used our living room because it just wasn’t big enough for us to both comfortably sit on it and Maximus and I usually always work and Michael usually always plays games on his laptop so we wanted to be able to do that in the living room instead of from the bed. Also, having the other couch in the bedroom instantly made it much cozier. 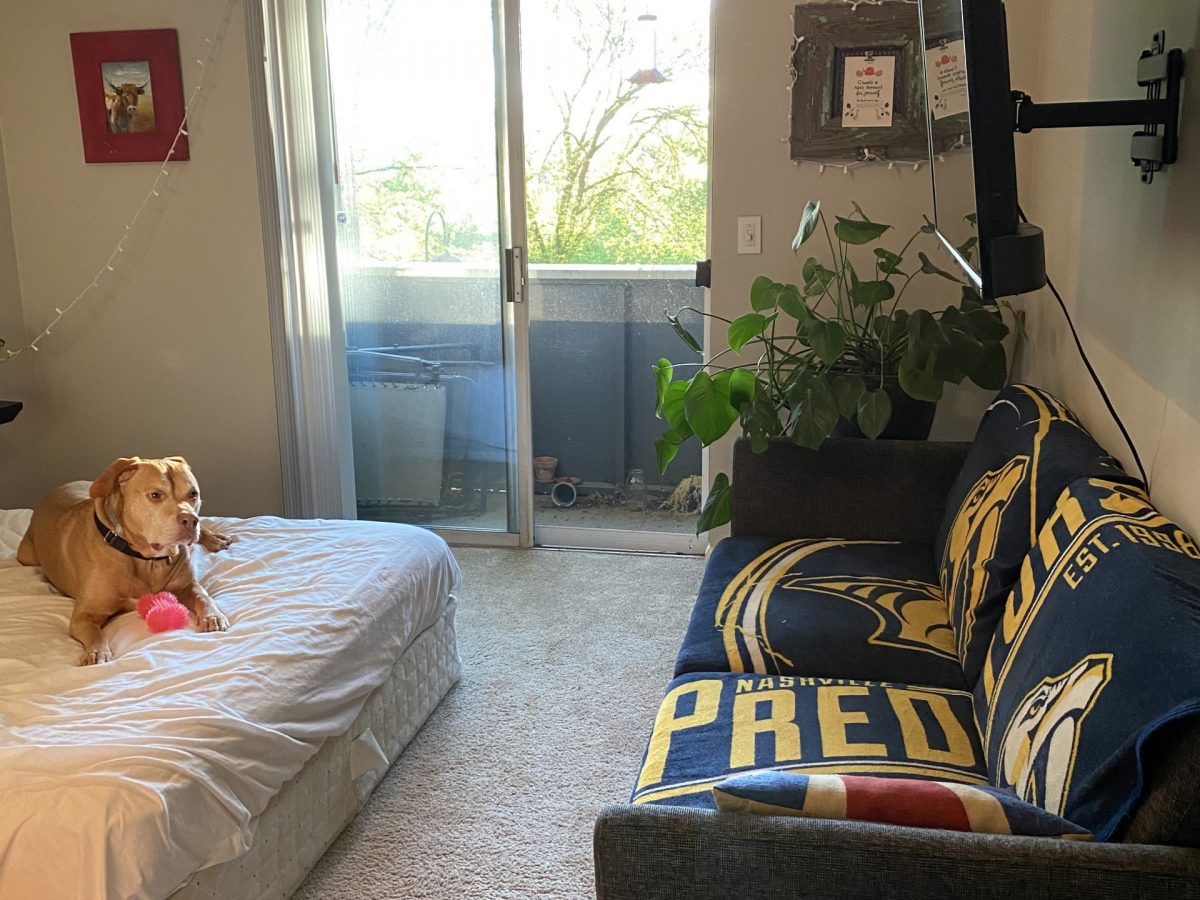 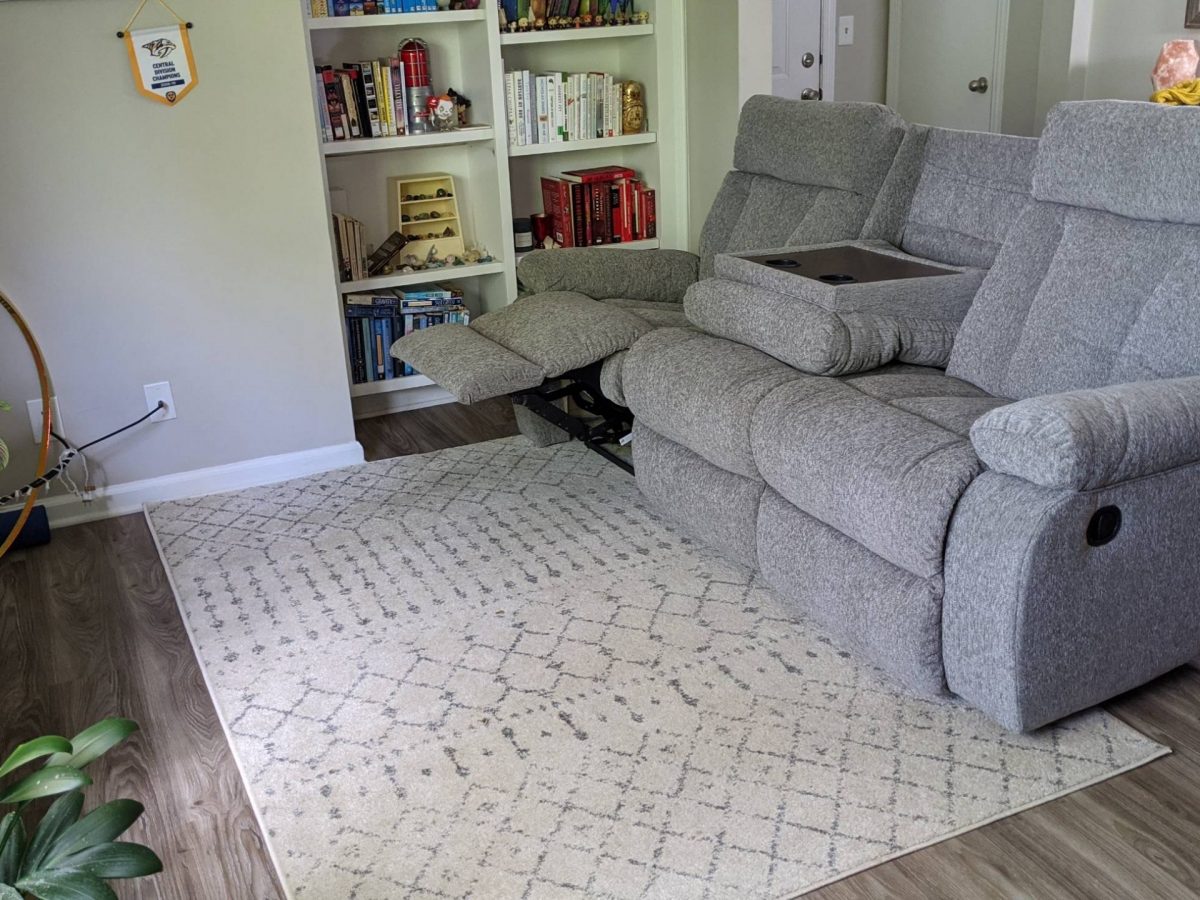 Where I Was Featured in April 2020

I’ve been trying to write more for other publications.

My personal essay for Wellness Lounge Magazine about my late ADHD diagnosis is now published!

I shared my favorite donut puns for Let’s Eat Cake!

I wrote this piece on feminist travel as my first piece for Impact Travel Alliance.

I was interviewed by Huffpost on what to do if you can’t pay your rent due to COVID-19.

Well, I don’t see this happening before 35 (it wasn’t going to happen anyway haha!) I’m adding this to my monthly post for my own accountability. I made this list back when I turned 30 and I do tend to be overambitious when making these types of lists, but it’s still fun no matter if I don’t complete them all.

Thoughts on my expenses – I’m always looking to see where I can trim down on expenses, but I also realize at some point you have to spend money to make money.

I switched from AWeber to MailerLite because it’s cheaper (even free to a certain point!) and I think it’s easier to sue.

Traffic definitely dropped in March, started to climb back up in April, and has plateaued at about 50% of what it was before COVID-19.

These were my goals for April and how I ended up doing.

I’m honestly not even sure as I’m winging it. However, I will be focusing less on number-related things as I did in April. I was surprised to see that my O&C blog’s numbers continue to climb though.

This guest post written for me on vegan tips for living van life was the most viewed new post in April. Check it out! 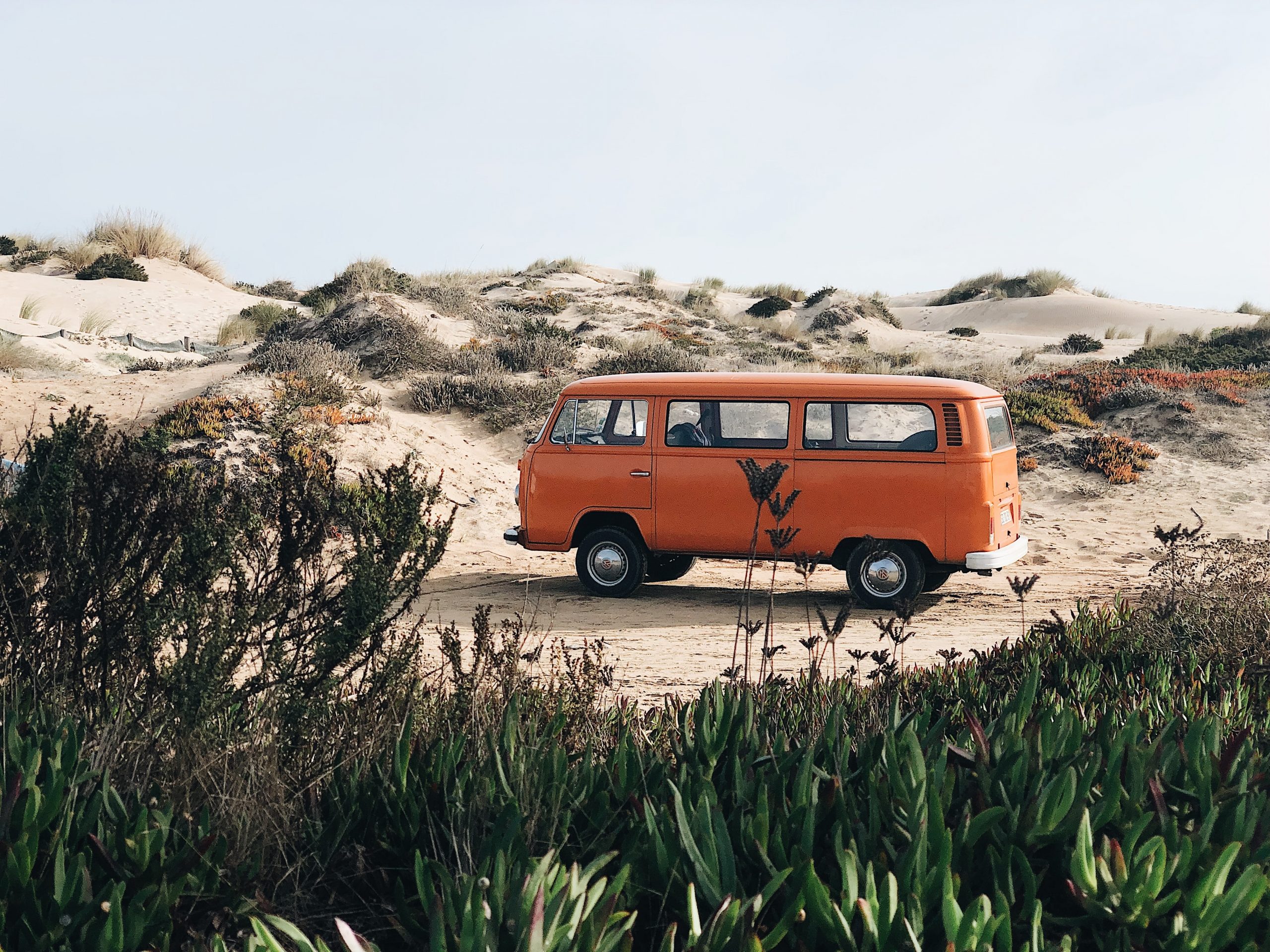 Here are all the new posts I published in April.

We started buying one meal a week from a local, vegan restaurant to support and to get some decent food! This pizza crunchwrap from BeHive was SO. GOOD. 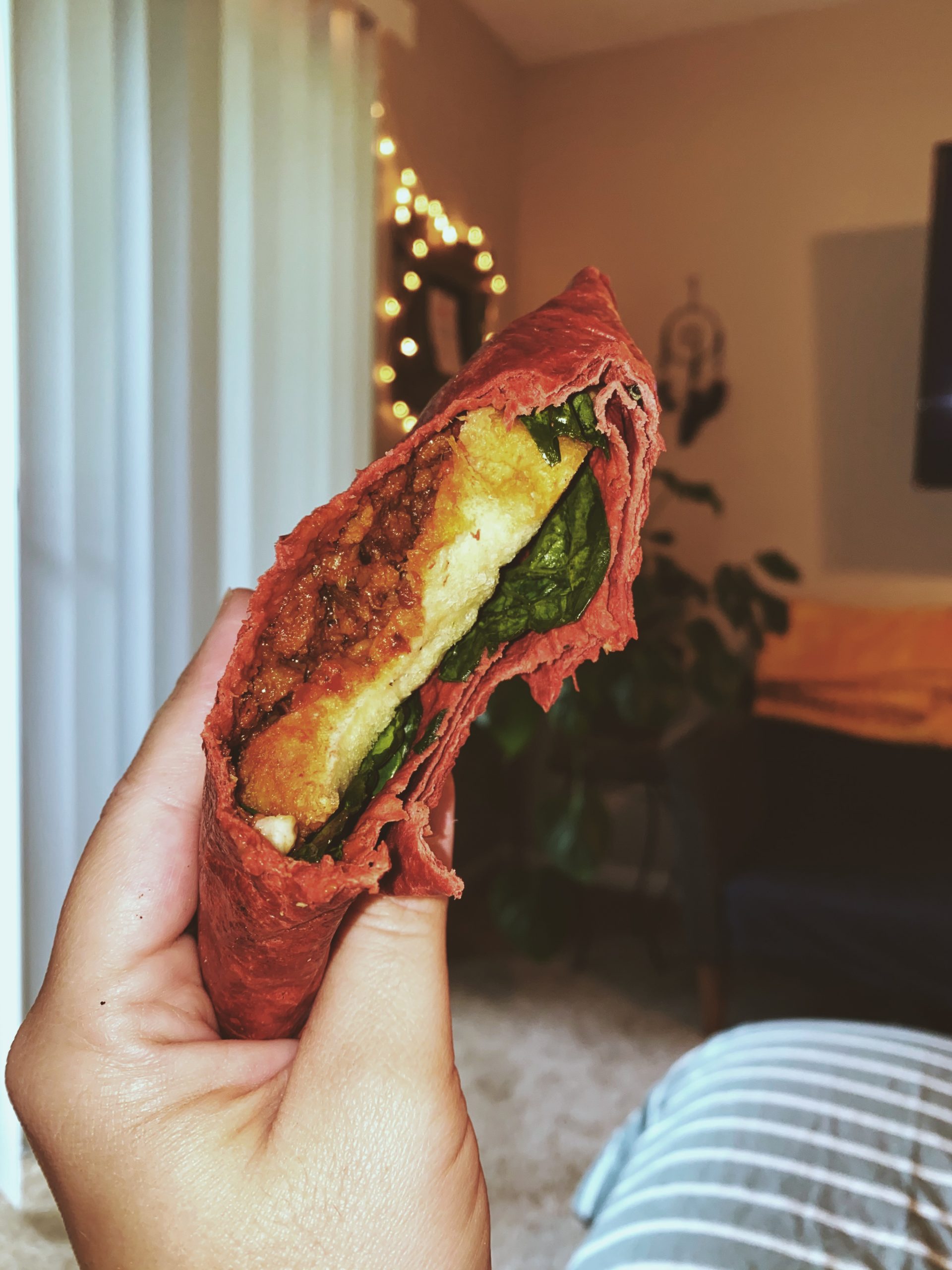 A quick check in to see how YOU are doing?!⁣ ⁣ I won’t lie – I’m an introvert who works from home 80% of the time so while I desperately miss traveling, I was kind of a homebody anyway. That being said – I still like having a choice ?⁣ ⁣ One of the things I DO miss is just having a chat with friends over a cup of coffee. ⁣ Zoom calls and my mediocre barista skills just don’t compete with these @goldsprinthsv creations. ⁣ ⁣ #wildhearted #quarantine #quarantinelife #quarantineandchill #stayhome #stayathome #coffeetime #coffeelover #coffeeaddict #coffeedate #meetups #coffeemeeting #huntsvillealabama #huntsville #ilovehuntsville #hsv #goldsprinthsv #staygold #zoommeeting #virtualcoffee #virtualcoffeedate

I made a lofty goal to read 100 books in 2020. And, I’m happy to say, I’ve finished 24 books so far. That’s technically a tad behind but I’ve been reading a lot of long books so I’ll easily make up time with some shorter books.

The Overdue Life of Amy Byler by Kelly Harms

The Man Seduced Into Darkness: Transcending My Psychiatrist’s Sexual Abuse by Carrie Ishee

A River in Darkness: One Man’s Escape from North Korea by Masaji Ishikawa

The Turnaway Study: Ten Years, a Thousand Women, and the Consequences of Having—or Being Denied—an Abortion by Diana Greene Foster

The Rise of Wolf 8: Witnessing the Triumph of Yellowstone’s Underdog by Rick McIntyre

On My Bookshelf in May

Well, at least no one can judge me on the number of movies and shows I watch now. And, I watched a lot of True Crime this month.

Prodigal Son – Started watching this show thanks to our friends Jenn & Ed and it’s great! About an FBI profiler (seriously my dream job when I was younger) and his serial killer father who he turned in when he was just a little kid.

Underwater – Kristen Stewart’s newest movie based in a deep ocean drilling site. Pretty good and I’ll be adding it to my scuba diving movies and docs list. I loved her sports bra she was wearing so much in this movie, I looked it up online (not something I normally would do) and was so excited to find it was a sustainable company that I bought one.

Run – A new show on HBO starring Merrit Weaver (love her!) and the guy who played Bill Weasley in Harry Potter. Classified as a comedic thriller, I’d say that’s the most accurate way to describe it. Worth the watch!

Creepshow – Remember this from the 80s? Well, Shudder has redone it and it’s not bad at all!

The following movies are all Shudder originals which like in March, I’ve been pleasantly surprised with and they actually have some decently known names. Not like the typical B-horror movies with horrible acting (which I still kind of love): Bliss, The Furies, The Head Hunter, Summer of 84, Satanic Panic.

Casey Anthony: An American Murder Mystery – A story that most of know and I feel like the majority believe she did it (I’m in that group). So infuriating though.

The Mid 90s – We made a new mission to watch all of the A24 movies because they’re so good and this was the first one since making that decision. Written and directed by Jonah Hill, this is a story about a small group of friends set in Los Angeles in the 90s focusing on the skateboard culture. Really good, but was not aware of how dark it was.

Hunting JonBenet’s Killer: The Untold Story – Another infuriating one. So much to unpack on this, of course.

The Murder of Laci Peterson and Scott Peterson: An American Murder Mystery – Another well-known case that I was unaware many think the husband is not guilty. While he did get convicted, after watching these two documentaries, I can see why people would think he’s not (although he is most definitely a cheater). I, unfortunately, think it’s one of those ones we’ll just never know for sure.

Pamela Smart: An American Murder Mystery – Pamela Ann Smart is an American woman who was convicted of conspiracy to commit murder, witness tampering, and accomplice to first-degree murder.

Cooked with Cannabis – New laid-back and chill cooking class on Netflix. Despite the use of animals, a fun concept! Also cool to learn more about cannabis in general and how it can be used in cooking.

Ozark Season 1 & 2 – I’ve seen both of these seasons before, but Michael had not and I wanted to get him caught up before watching season 3.

The Disappearance of Madeleine McCann – This is about the little girl who went missing in Portugal while her family was vacationing there. They never found her or who did it. Not sure what I think about it but a fascinating documentary.

Don’t F**k with Cats: Hunting an Internet Killer – I had put this off despite hearing about it (not sure why though), but oh my god. This was so good.

Casting JonBenet – Interesting take of a documentary that included primarily footage from auditions of the JonBenet movie that was made and most of these people were locals so shared local information of the time during the investigation.

The Keepers – A Netflix docu-series about a nun that was murdered but the story is much deeper and disturbing than just that.

The Staircase – Whew. Another Peterson husband convicted of murdering his wife. This is the most bizarre thing. I believe that he did it. Definitely worth a watch.

The Platform – A really unique movie with a deep, underlying, and important message. Warning that the subtitles are terrible, but the movie is worth it. Also, warning that it’s very gory.

What We Do in the Shadows – This vampire mockumentary show is amazing.

The Cheshire Murders – A HBO true-crime documentary and probably one of the more disturbing ones I’ve watched.

I’m going absolutely nowhere anytime soon as I hope is the case for everyone.

I will be focusing on my three blogs, pitching A LOT, and diversifying my income, I hope.

HOW ARE YOU SPENDING YOUR TIME AT HOME?

19 Shark Tattoo Ideas To Inspire Your Next Ink