Everyone eats seafood in Florida so it can be a little daunting but being vegan is easy with all of these delicious vegan restaurants Sarasota options!

According to rent.com, Sarasota is the best city for vegans in the United States. This is being looked at from a statistical standpoint – not necessarily opinion-based. But, based on the number of vegan restaurants vs. the population, Sarasota tops their list! I don’t pick favorites well, but I will say that the vegan restaurants Sarasota are definitely delicious and should put Sarasota as a definite stop on any Florida road trip.

To say I grew up going to Florida is definitely an understatement. We had family all over the state and my mom is originally from Orlando so it was always an annual thing for us.

I’ve been all over – Miami, Ft Lauderdale, Disney World, Destin, Panama City and much more.

I’ve definitely been there more as a kid than an adult but that’s slowly changing and I was super excited to spend more time in Sarasota and check out if it’s possible to be vegan in Sarasota. (Spoiler: it is)

This past week, I found myself there for work – this time in the Sarasota area which is on the Gulf side of Florida.  When I knew I was going to be there, I decided to extend my trip by a few days to actually enjoy Florida.

It all came up within like ten days so I did hardly any planning at all.  I found my hotel, Hotel Indigo, which I highly recommend and I vaguely asked around in my vegan groups about food suggestions. That’s it though.

Based on what I found through my groups and Google, I figured I was just going to have to feast on french fries most of the time.

However, it wasn’t on fries.  I think I actually only ordered fries one time.

I, of course, did my blogging duty and ate as much as possible in three days to show you that the vegan restaurants in Sarasota are definitely worthy of a visit.

Sarasota is a beach city on the Gulf side of Florida. There are a lot of fun things to do in Sarasota, plenty of surrounding cities to visit, and the vegan food scene is mouth-watering.

READ THIS POST  5 Things to Do in Islamorada, Florida 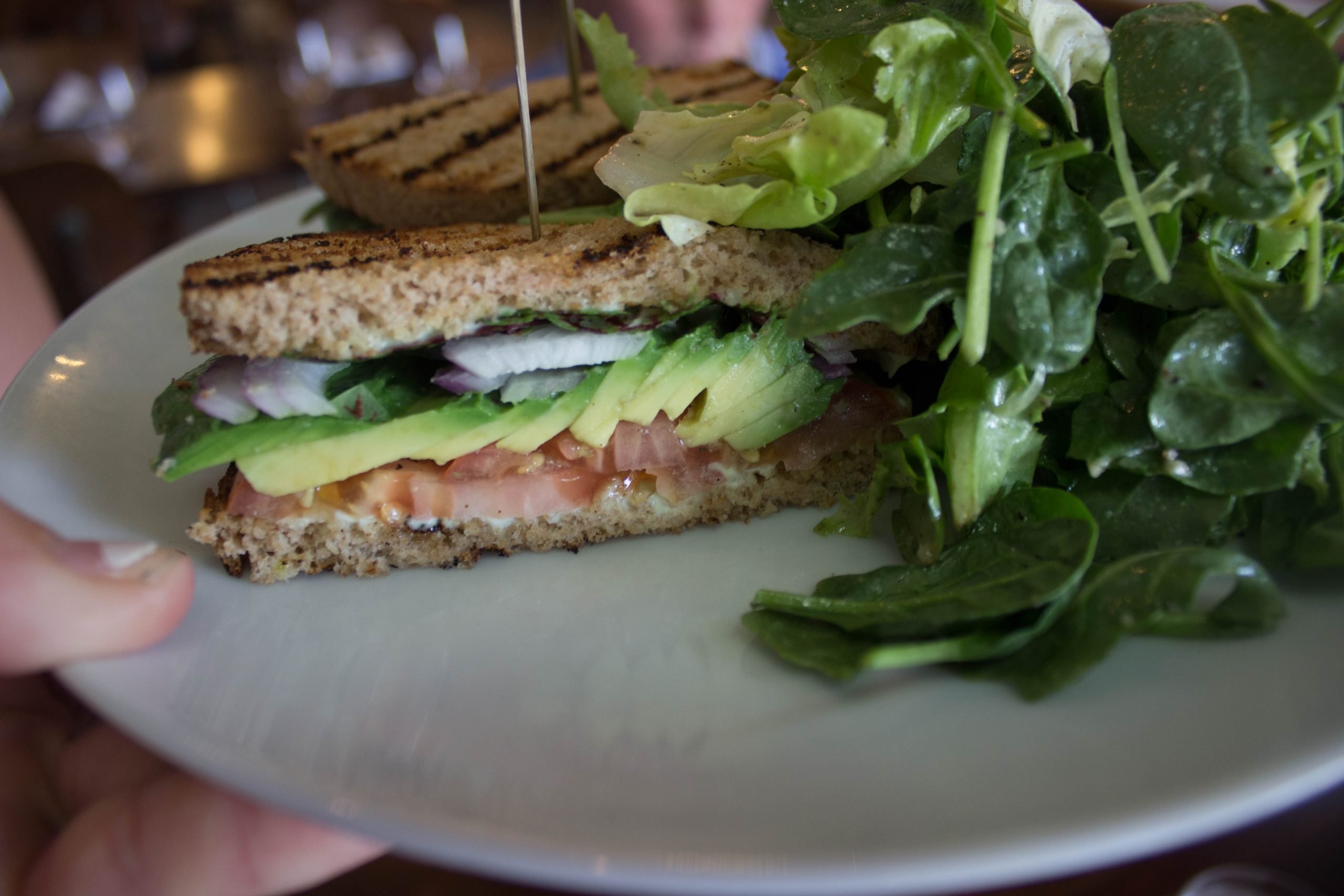 Ionie is a phenomenal choice in downtown Sarasota and less than a mile away from the hotel.  I hesitated to go at first because let’s be honest, I don’t eat that much raw food.  However, I’m trying to change that and Ionie came highly recommended and I literally could walk there.

So, I went in and just asked what the most popular dish was and she said easily the lasagna and that’s what I went with.  It comes with a side salad which was simple enough but that dressing – oh my gosh – that dressing.  I don’t even like dressings and I loved it.  The lasagna was spectacular.  I don’t even know how you make something that healthy taste that good.

Ionie is much more than a raw restaurant.  It’s also a wellness retreat with yoga, massages, acupuncture and much more!  I wish I had time to see what it was all about but alas I only had time to eat. 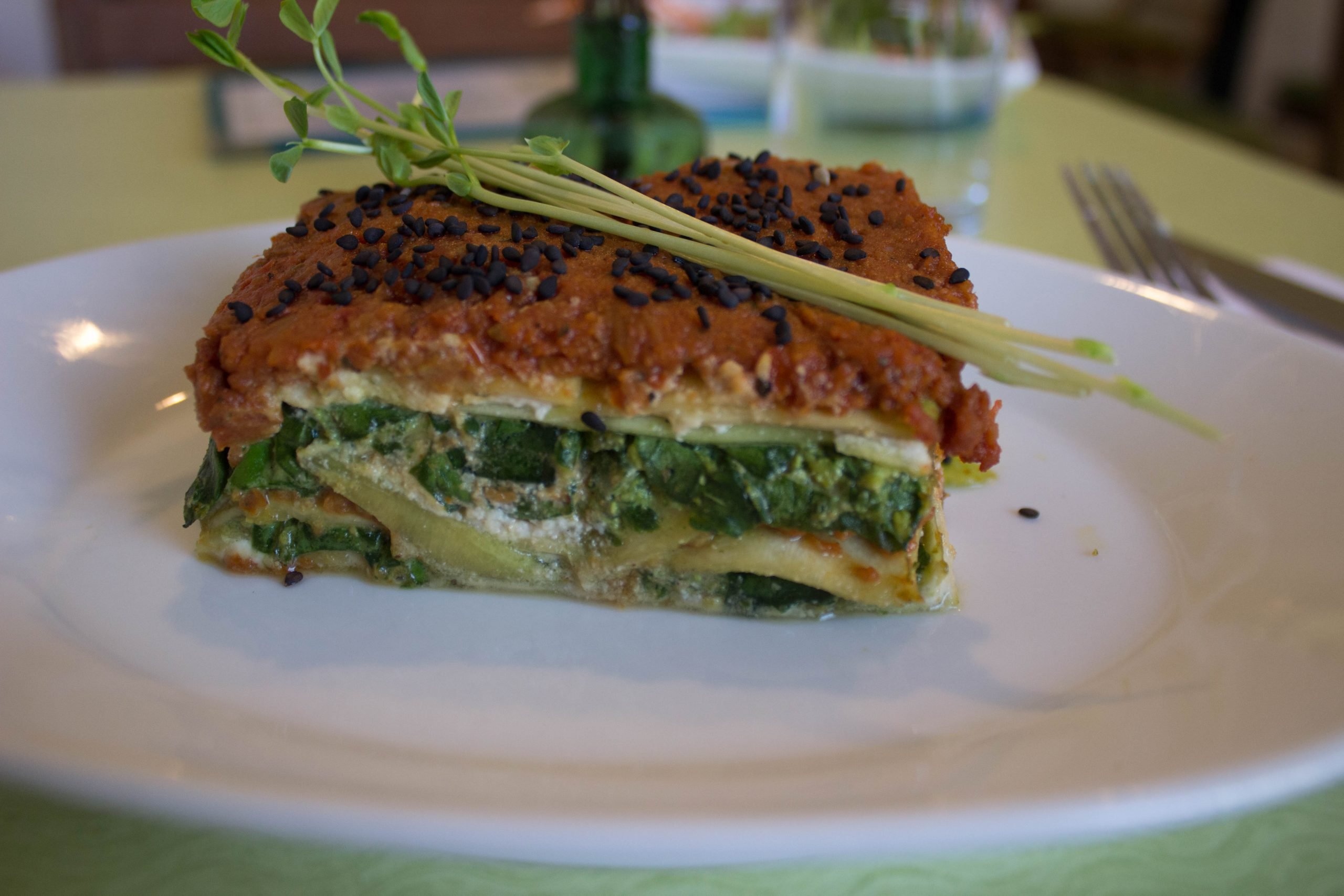 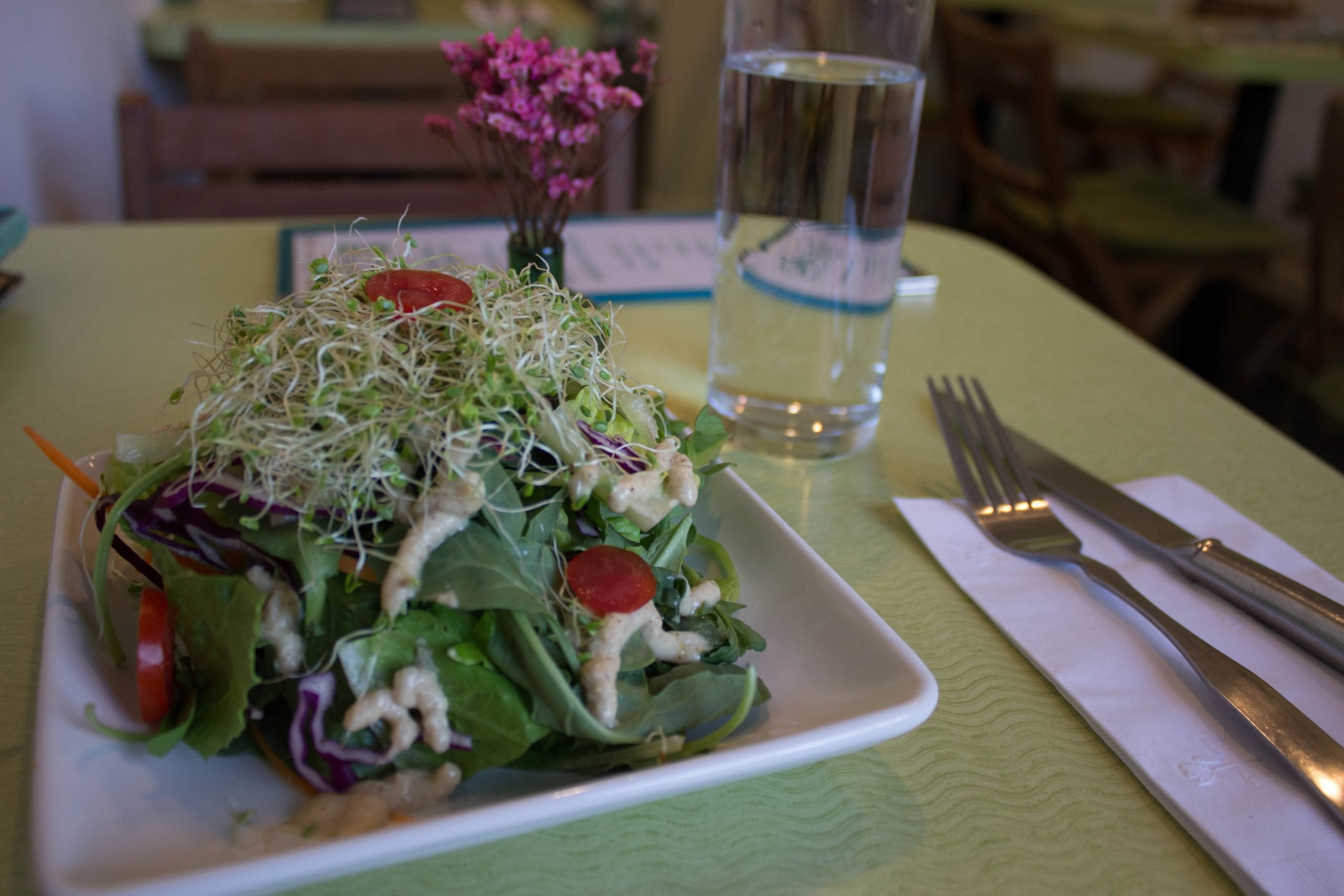 Beauty of Sprouts is a small and warm location with a great vibe. Variation of cooked and raw dishes and desserts on a rotating basis. 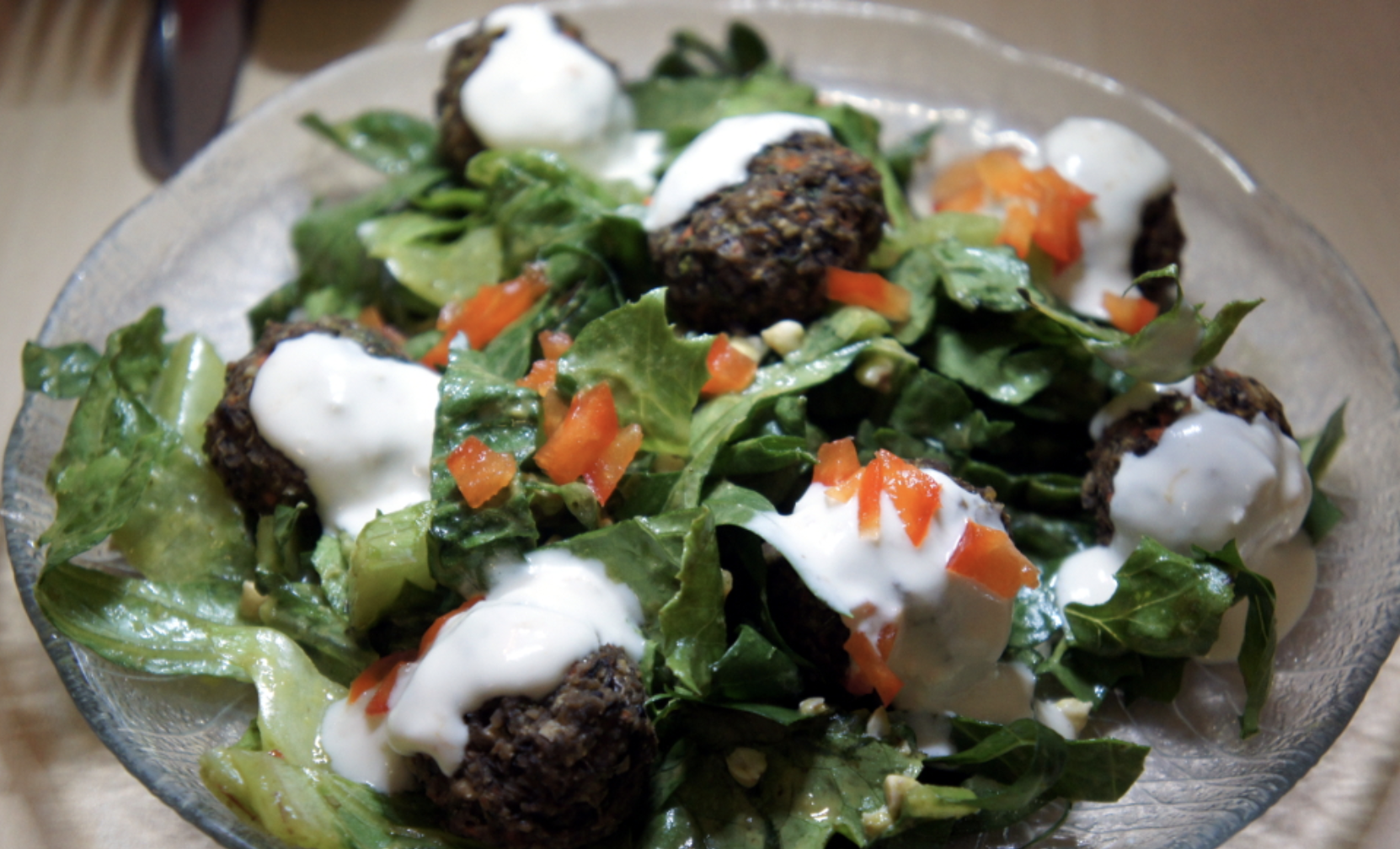 Leaf & Lentil as been shaking things up with the vegan restaurants Sarasota scene. This is Sarasota’s vegan option for fast and casual food.
The menu is changing on a regular basis so you’ll never grow bored either. Some past dishes include a portobello rueben, polenta fries, poboys, falafel spiced chickpea sandwiches, and more.

Project Coffee is a 100% vegan coffee shop with a small menu. They also have bigger menus from time to time including biscuits and gravy, avocado toast, baked goods, and more.

The vibe of this place looks absolutely incredible and I can’t wait to get back down to Sarasota now.

Fork My Life is a bakery and cafe offering 100% vegan items made out of fresh ingredients.

You can also purchase vegan meats and cheeses from their marketplace.

The large menu includes dishes like chili cheeze dawgs, BLTs, and loaded nachos. They also have a hot bar, a grab n go section, a bakery, and hand-crafted drinks.

The vegan restaurants Sarasota are definitely abundant, but there’s also several that are very vegan-friendly for those times that you’re eating with non-vegans or just want to support the fact that places are catering to vegan!

Lila is located in the heart of downtown, on Main Street in fact and is a wonderful mostly-vegetarian restaurant.  The restaurant is definitely focused on vegetables but has some additions for omnis such as eggs and such.  Where as many omni restaurants may have vegan options but their main focus is omnis; Lila has omni options but focuses on vegans.

Everything is clearly marked and there are plenty of gluten free options as well.

We got the pita + hummus to start.  I’ve just recently started to get into eating hummus (weird, I know) and I really loved this one! I’m not a hummus expert but I can say this one is quite delicious.

I got the mushroom + rice burger that came on a brioche bun with caramelized onions (YUM!) and veganaise (which I held because I don’t care for sauces – weird again, I know) and some hand-cut potato wedges.

My mom got the sprouted sandwich which came with avocado, tomato, sprouts, and red onion and a side of greens.

Both were absolutely delicious!  I would love to go back and try some of the other items on their menu. 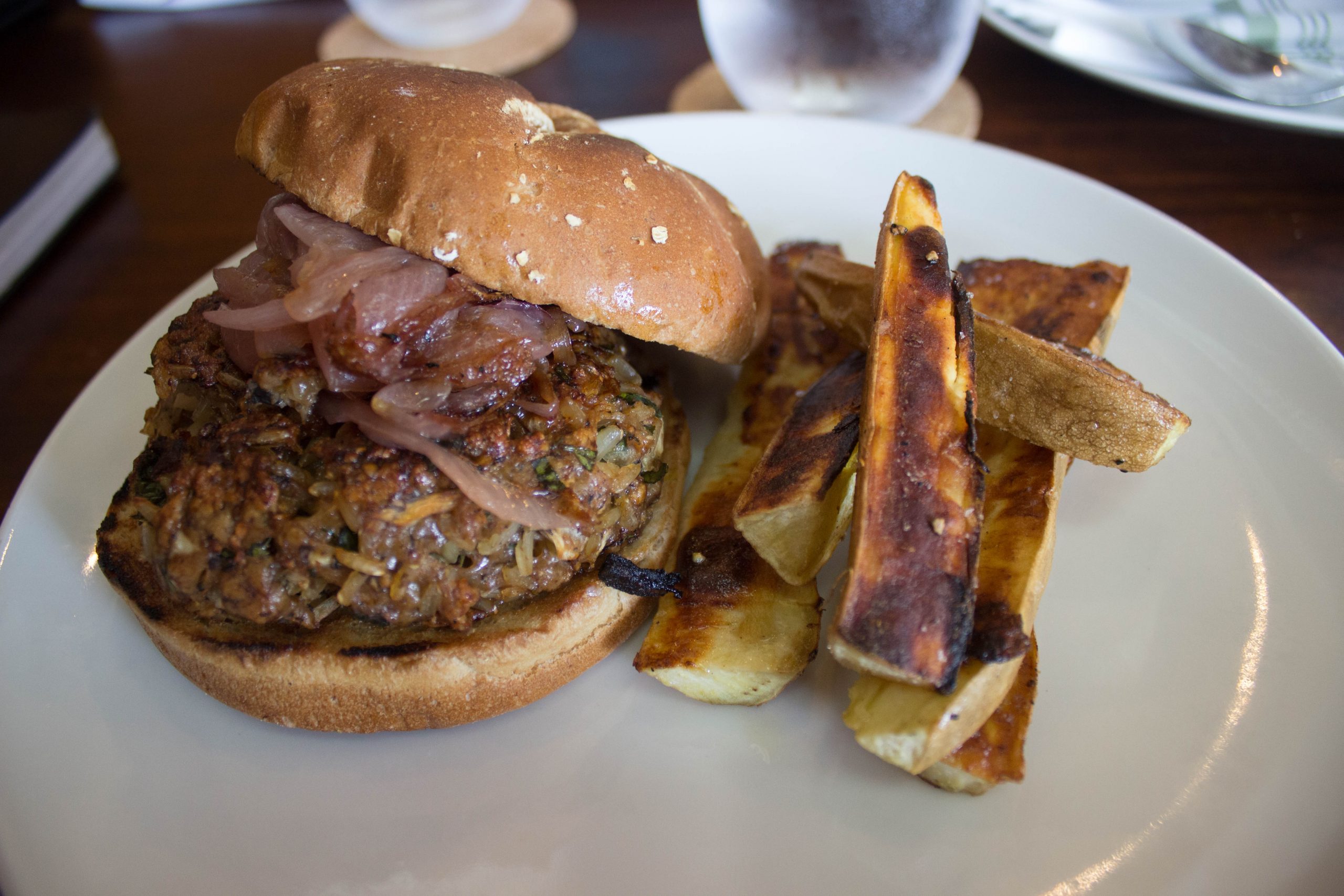 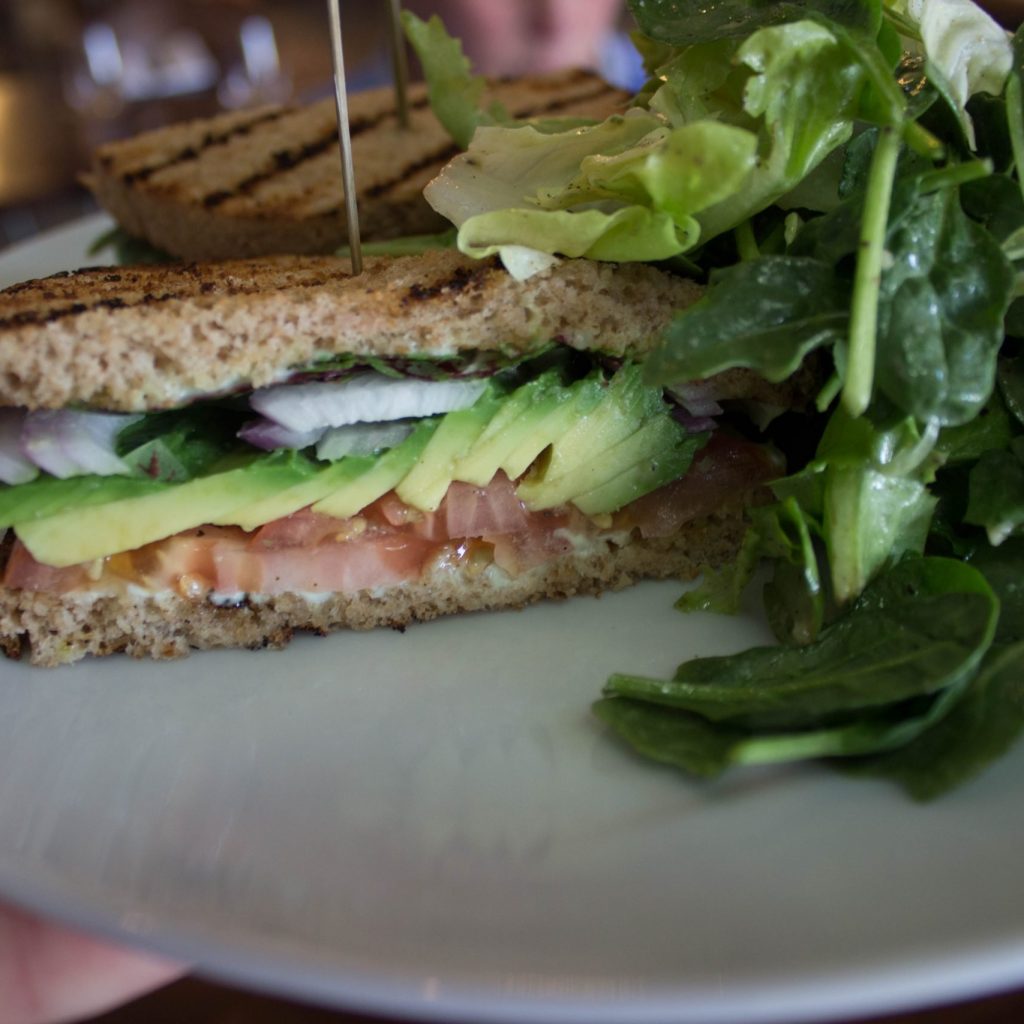 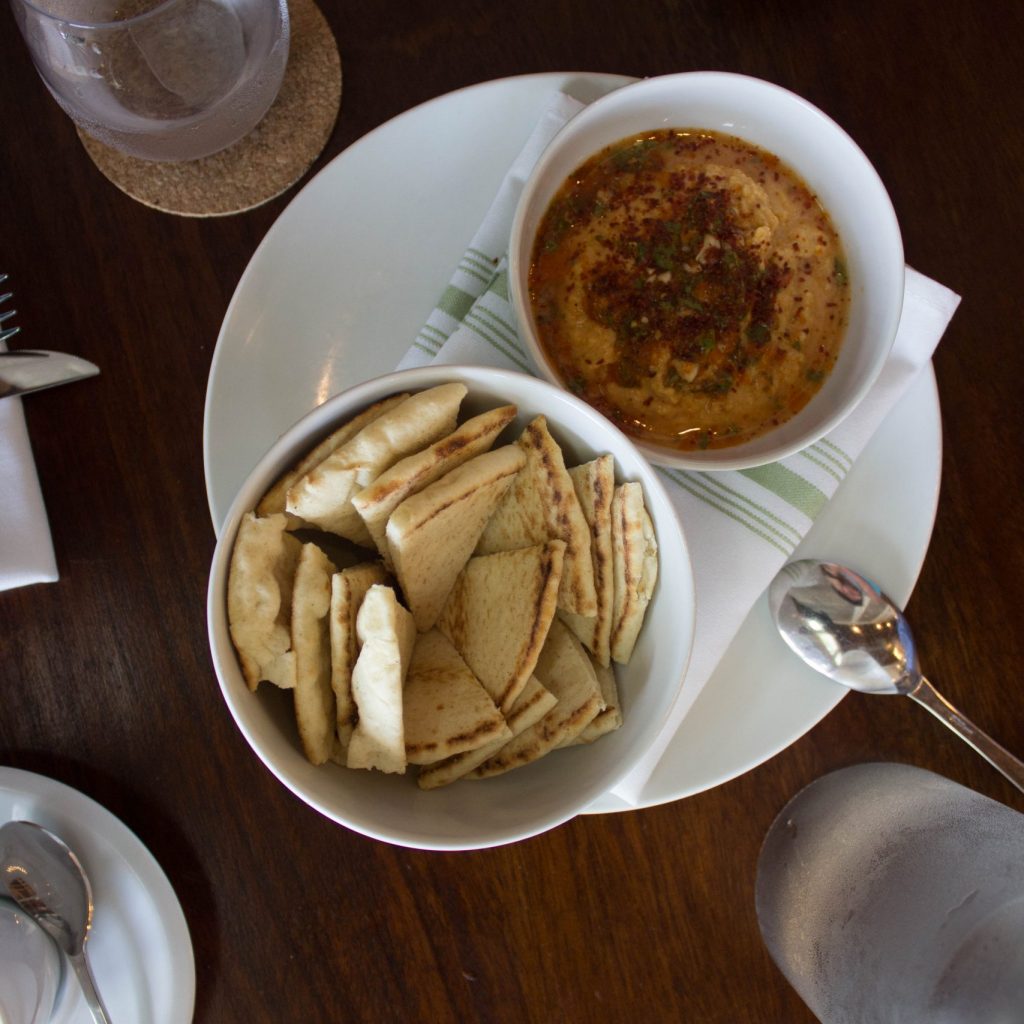 Next up was Veg & Grill which was spectacular. Also, an omni restaurant that highly caters to vegans.  They serve only vegetarian food and seafood.

Located between downtown Sarasota and Siesta Key Beach, this is a great option after a long day at the beach.  That’s exactly what we did!  I got the buffalo cauliflower bites as an appetizer.  They were different than usual.  I’m used to them always being fried but these were actually just steamed cauliflower pieces tossed in buffalo sauce with vegan ranch.  Different but oh so good in a whole new way.  Additionally, they have bread (vegan) they bring out which is super good. I think we ate like four loaves.  Don’t judge – the beach makes you hunnnngry.

For my entree, I got the kung pao cauliflower and my mom got the simply delish salad.  Even I wanted the salad and I don’t normally do salads.  Look how cute the avocado is cut!  I think it goes without saying my dish was incredible.  How could something look that good and be bad?! It was so good that my mom stole the rest of it. 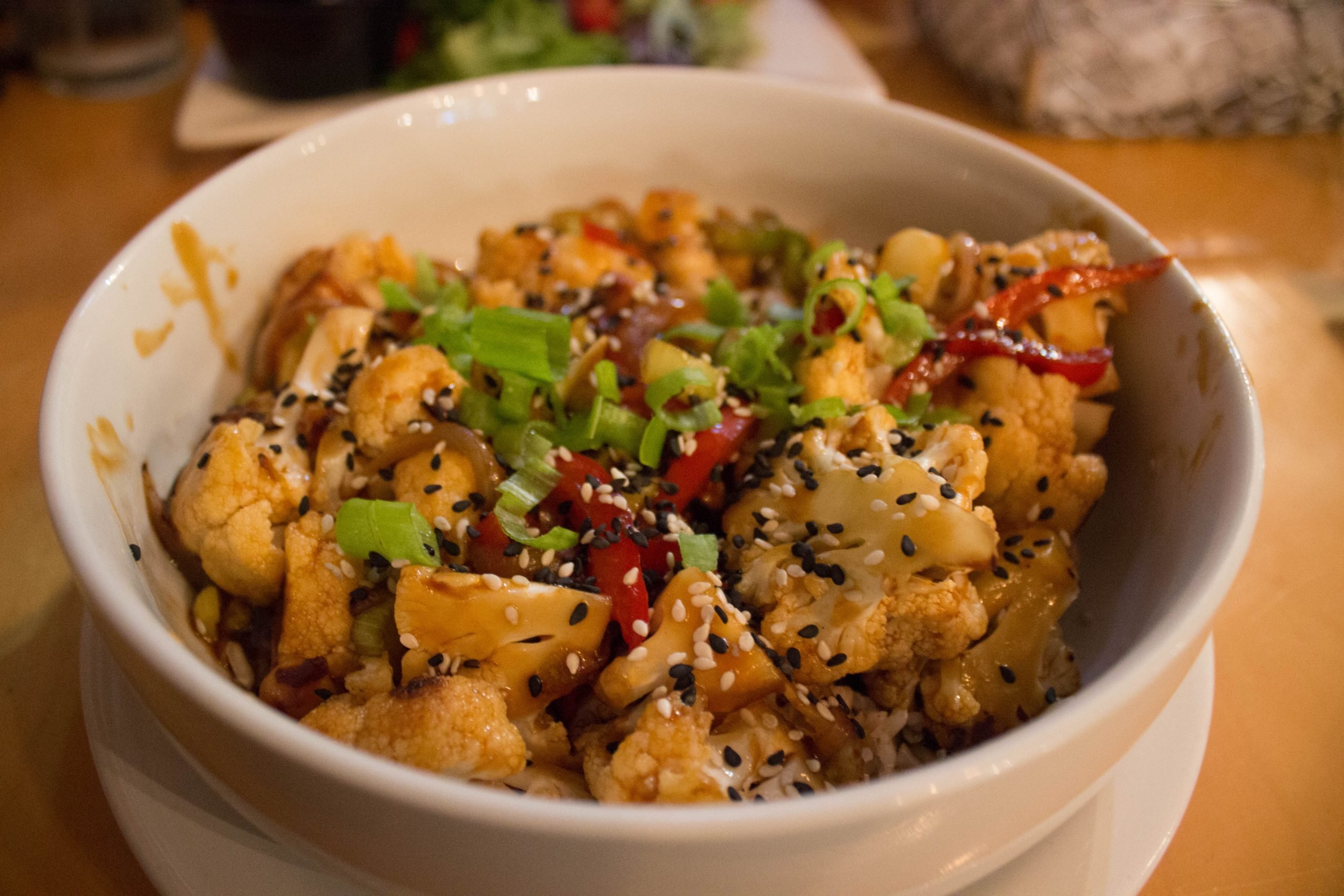 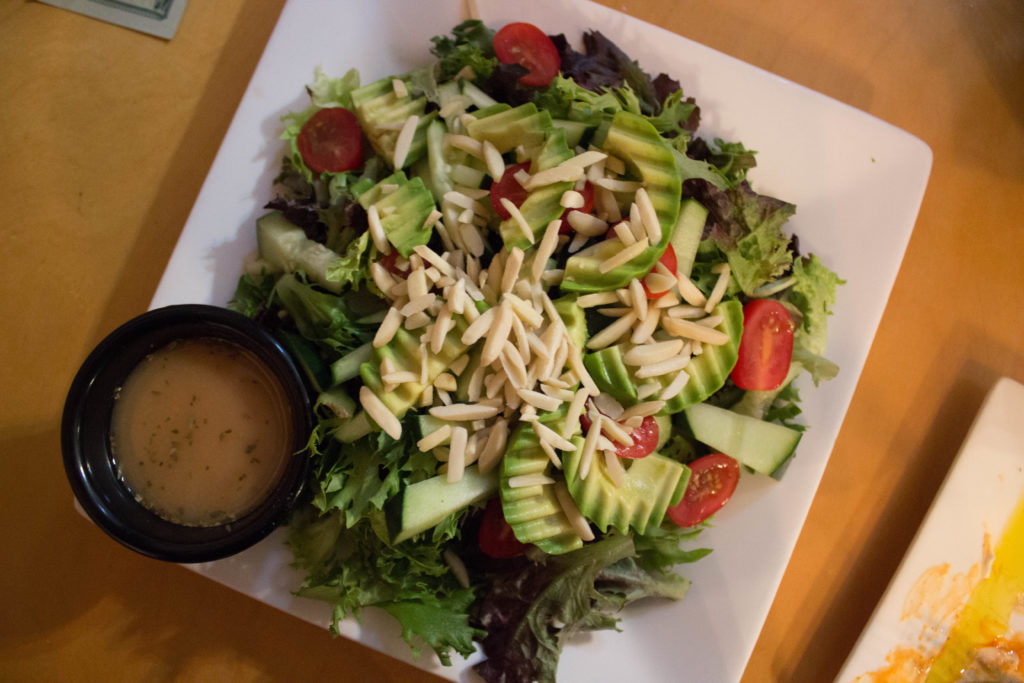 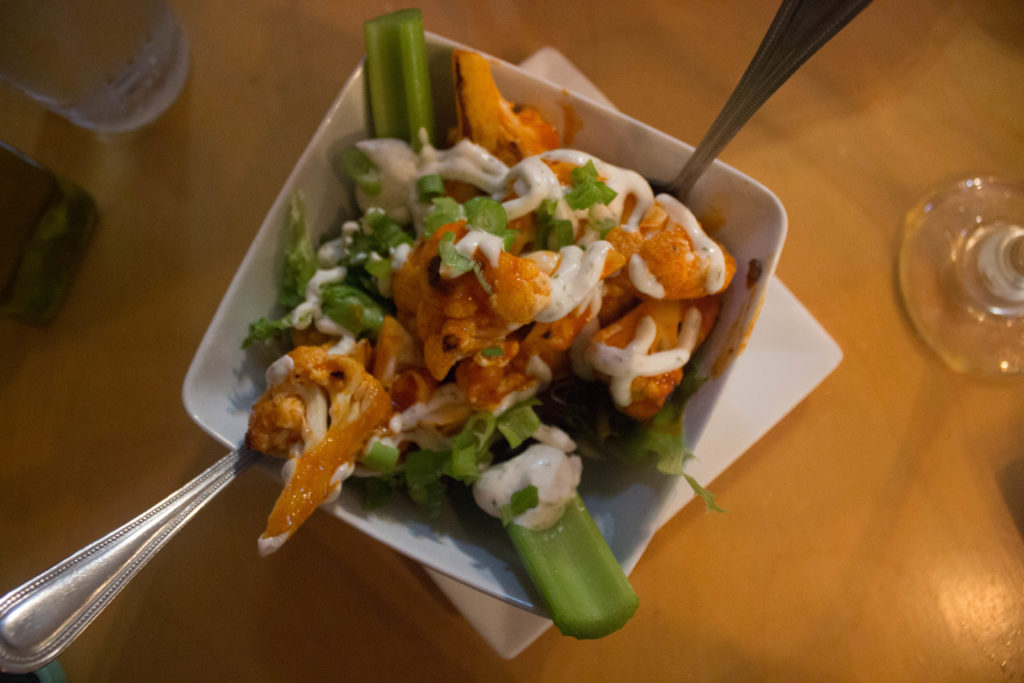 Have you ever wanted Thai, Lao, and Vietnamese food all in one meal and to know it is vegan-friendly?!  Look no further than Taste of Asia.  Located on Tamiami (the main road connecting Sarasota to the beaches), it’s in a great location and only two miles from downtown.

When you pull up to the place, don’t be deterred.  It looks like nothing on the outside but it’s beautiful on the inside and the food is divine.  Everything is clearly marked.  Honestly, one of the most clearly marked omni restaurants I’ve seen.

We got the veggie rolls, fried tofu, and yellow curry.  Oh, and Thai iced tea!  One of my favorite things ever. Forgive the horrible lighting but the pictures don’t do it justice anyway. 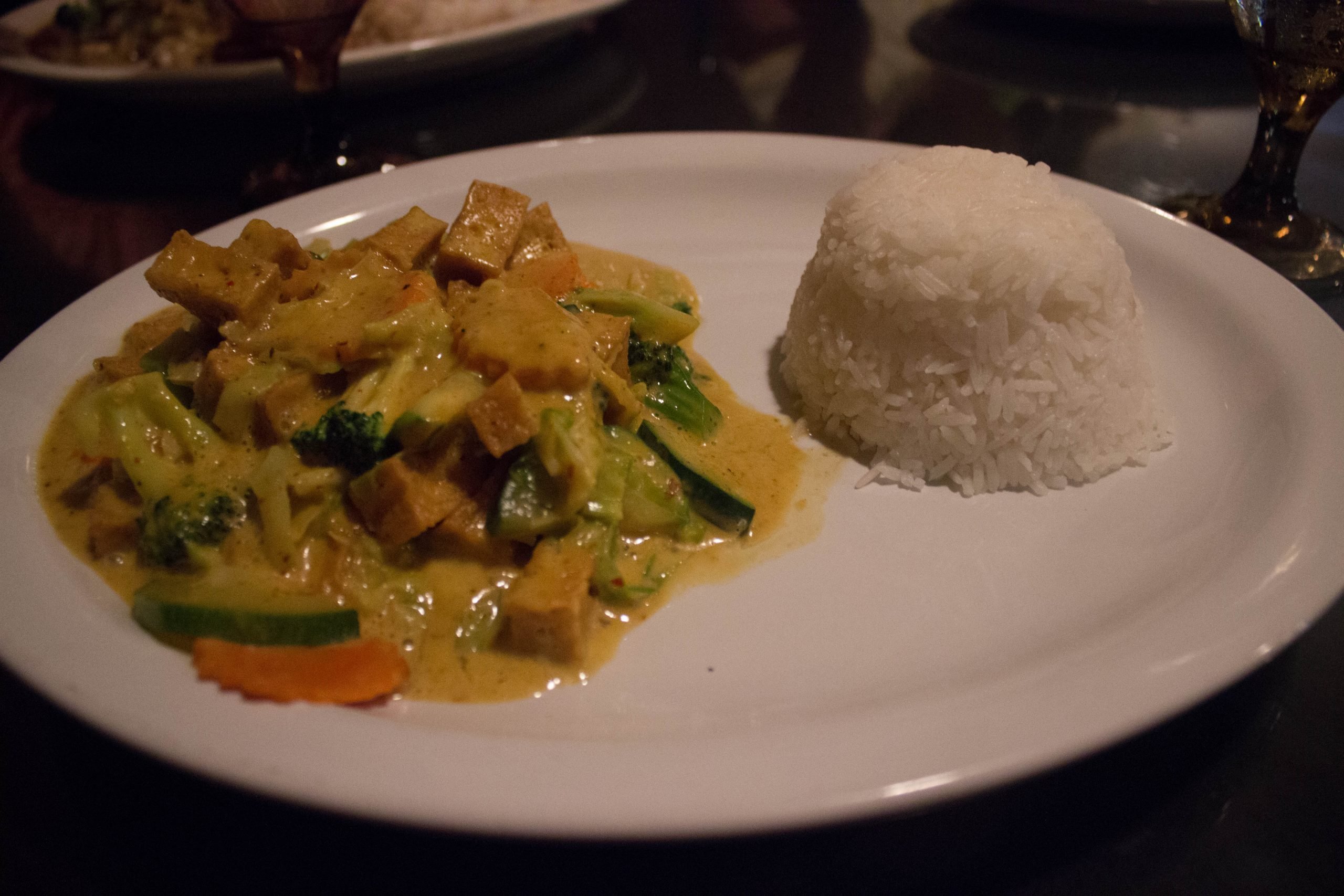 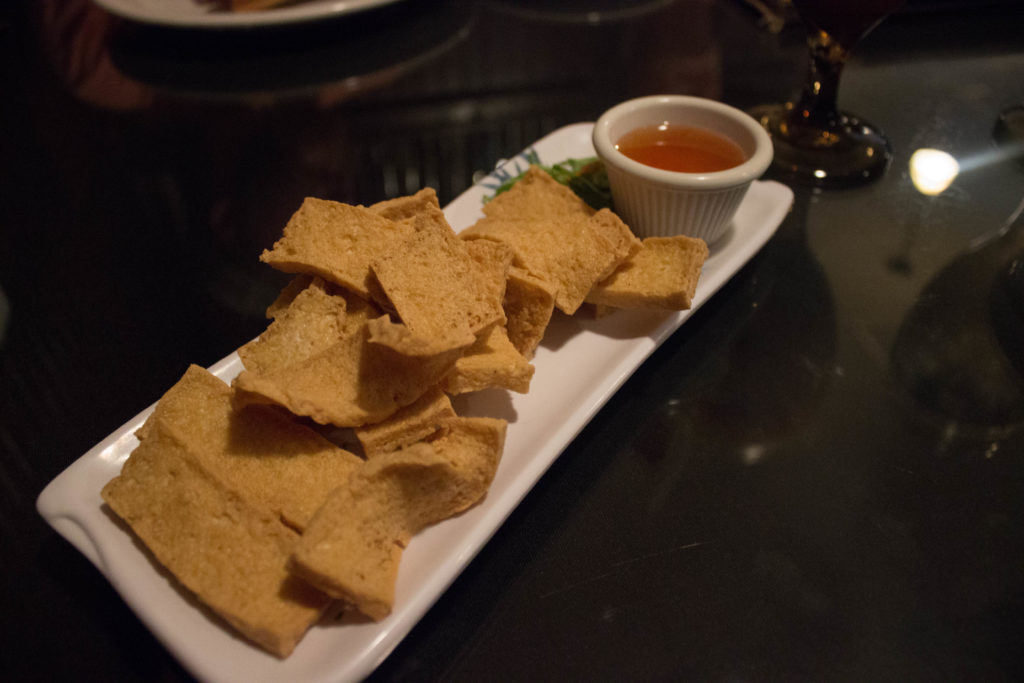 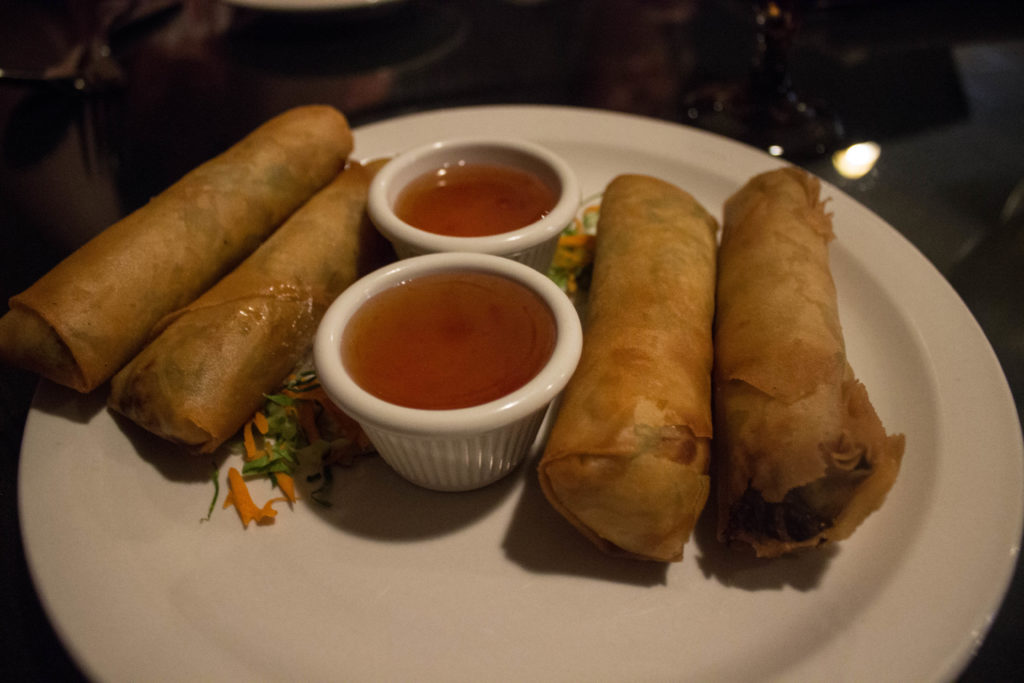 Interested in taking part in animal activism while you’re in the area? Here are a few great options!

My favorite way to get vegan options in a new place is by joining the local Facebook group. The locals will give the best advice on where to eat, what not to miss and the hidden gems of their city! 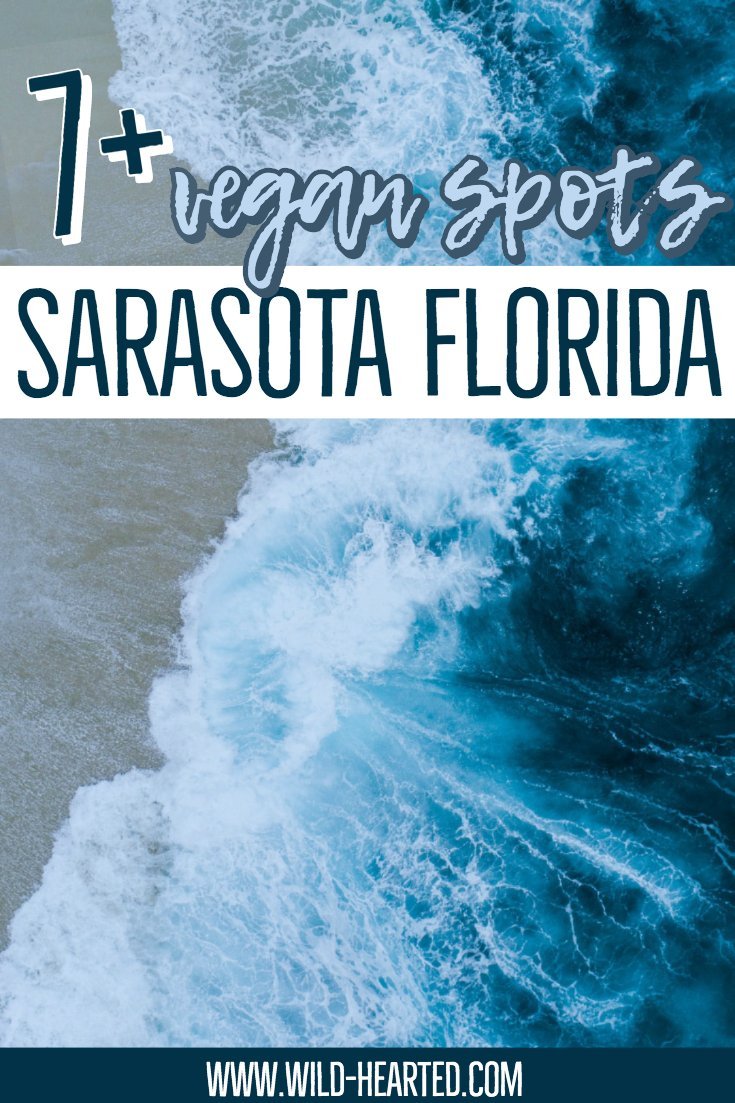 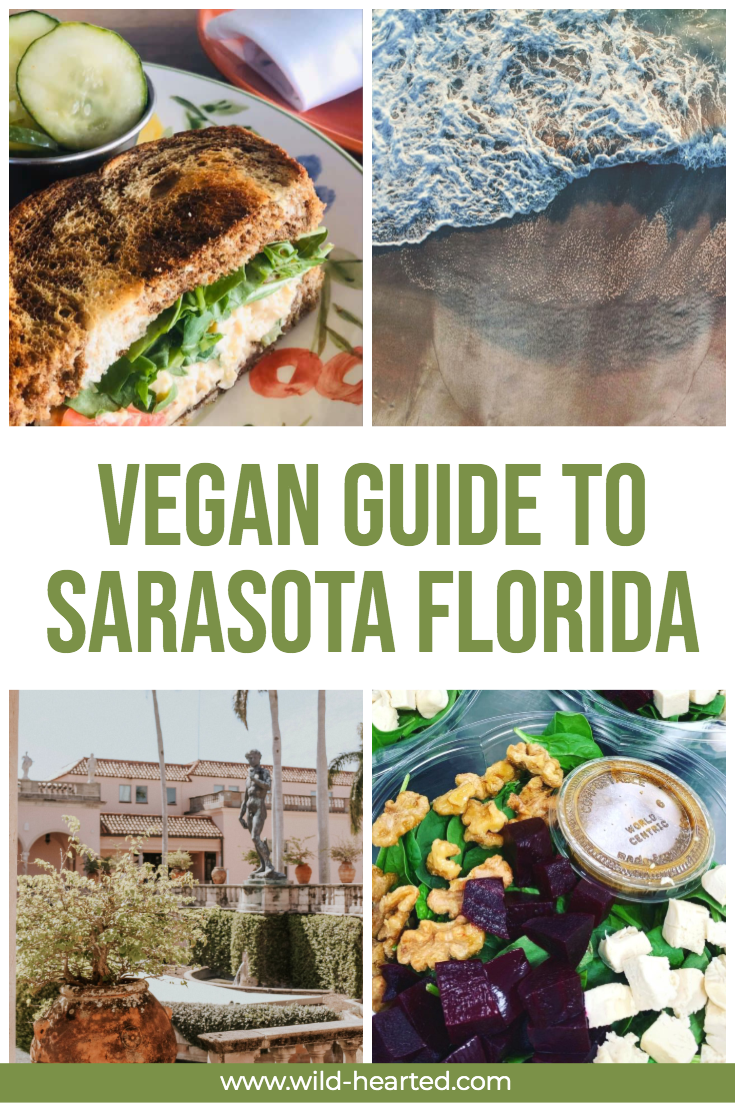 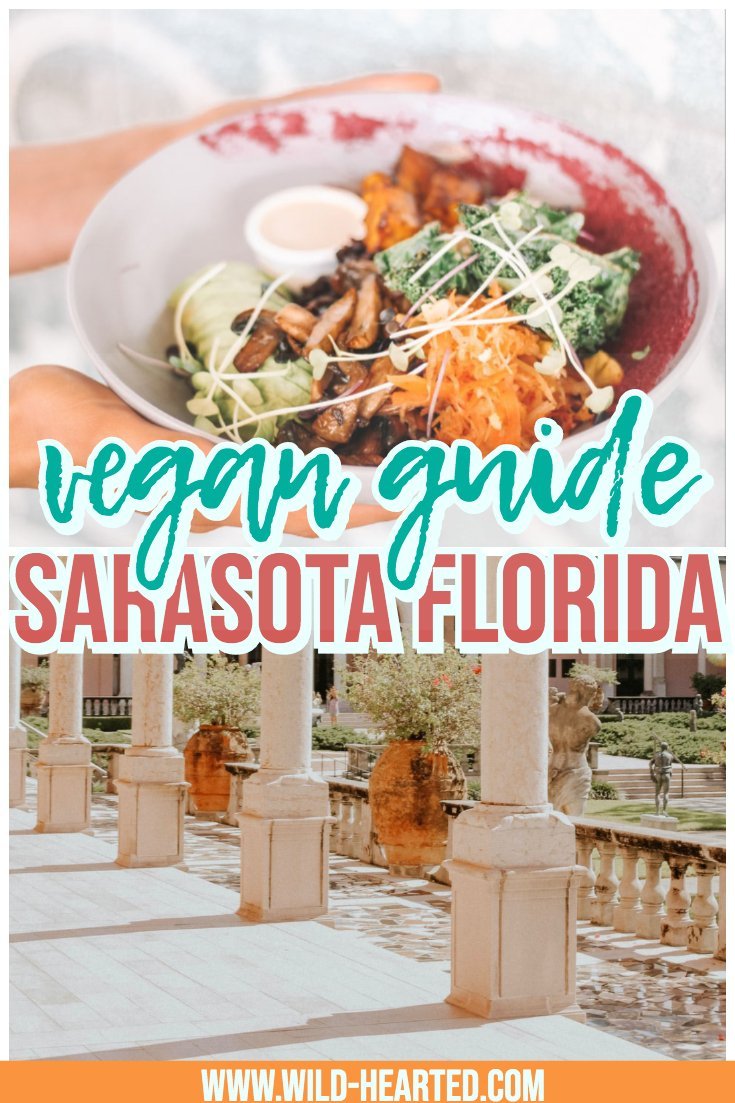 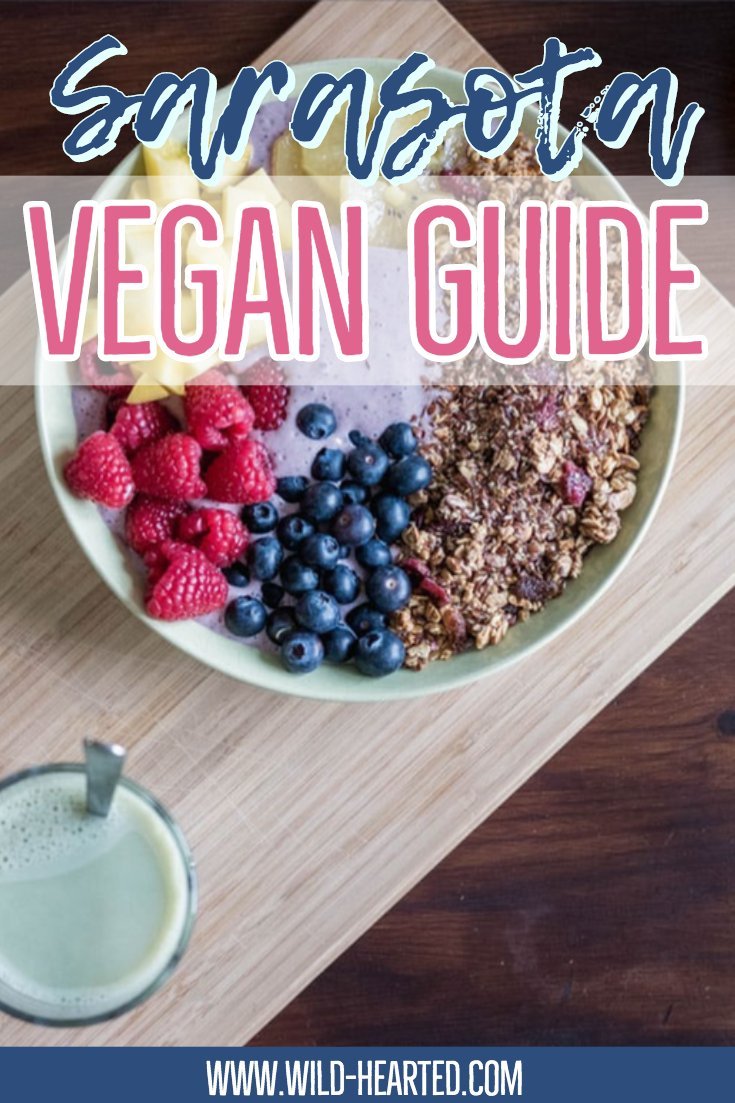 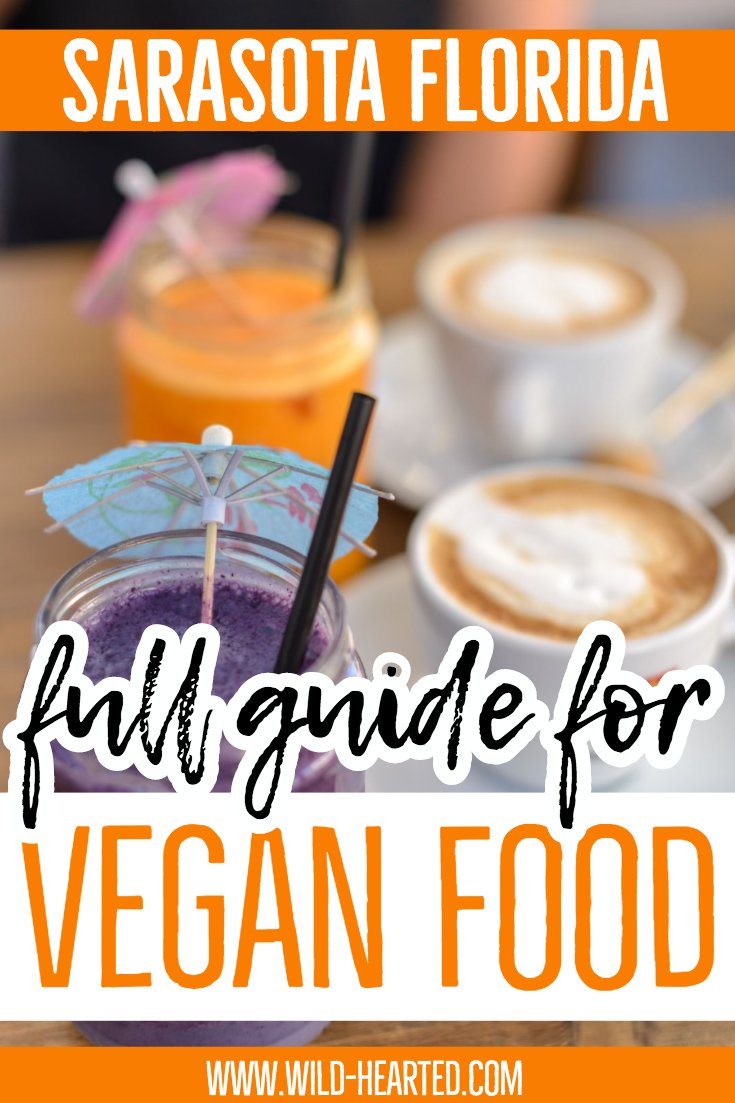