I know sharks aren’t what everyone is running out to see, and I get it – the entertainment industry and the media have done a really, really good job of making us all think that these predators are really bloodthirsty beings just waiting for us to deliver ourselves on a silver platter in the ocean. But, that is so not true in so many ways. At most, they’re curious and, at the least, you’ve probably been in the ocean with a shark at least once, and you never knew because they really don’t care about you. What is happening to sharks is the problem, and our responsibility to save them. 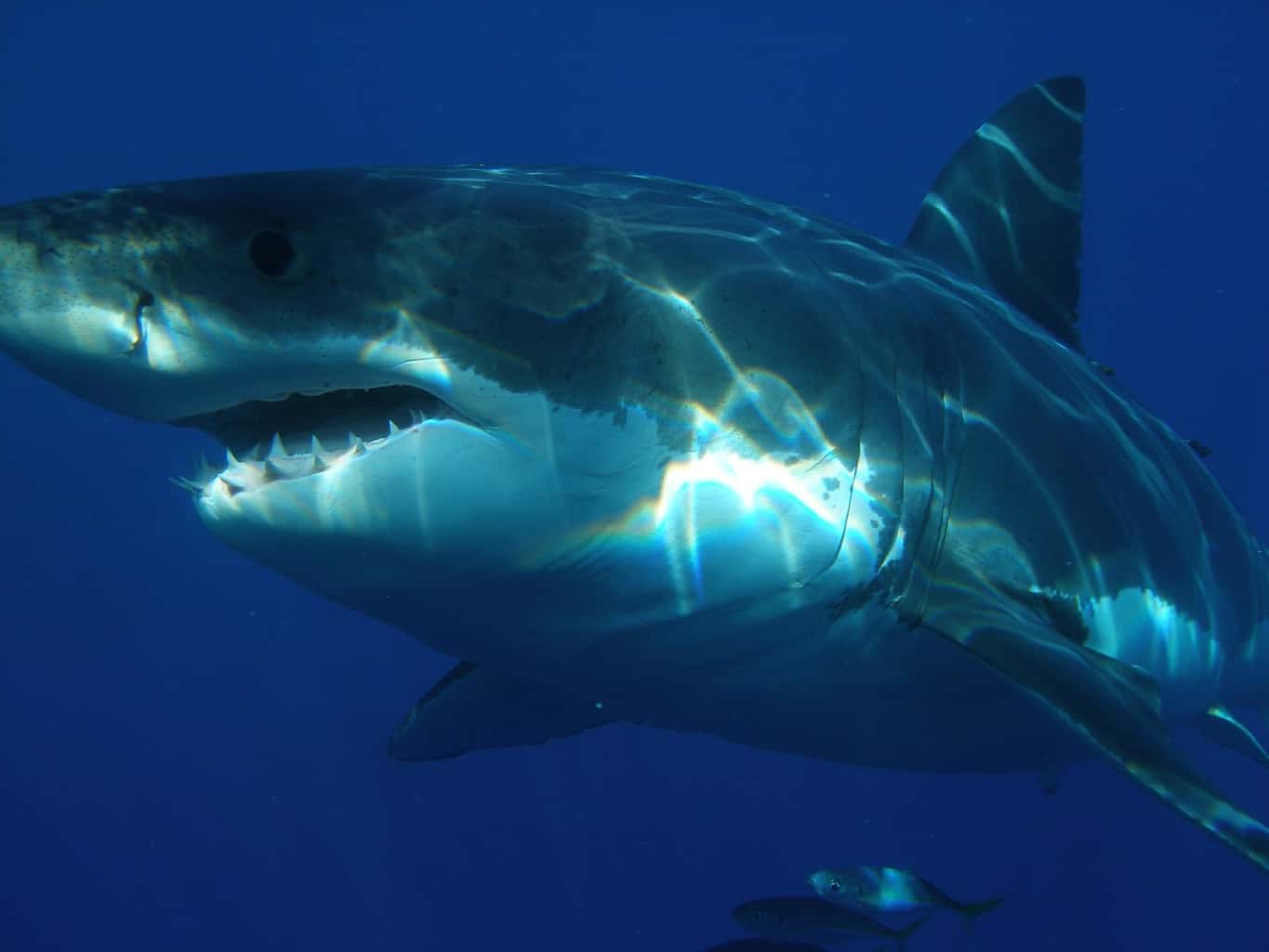 How many sharks are killed every year?

Sharks are a very common fear and are a very specific reason why many people stay out of the oceans, but the real thing to fear is how many sharks humans are killing every year. It’s alarming, and as someone living on the same planet as these astounding predators (they aren’t preying on you – don’t worry), you really should care.

It is estimated that the true number of sharks being killed every year could be as high as 273 million, with 100 million of this due to shark finning alone.

There are, unfortunately, many reasons why sharks are killed every year. Shark finning is a real problem, but several other issues plaguing sharks.

Culling happens by governments in response to spikes in shark fatalities with the ridiculous notion that this will somehow reduce the risk to the public. Culling can happen via drumlines, shark nets, and other methods. During the 1960s and 70s, shark control programs in Hawaii killed 4,668 sharks but failed to produce measurable decreases in shark attacks.

Shark fishing contests are popular amongst professional and amateur fishermen. They compete to catch the biggest shark or the largest number of sharks. Even “catch and release” contests offer a very slim chance of survival.

Shark meat is popular in many cultures and considered a delicacy, and can even be found in grocery stores in the United States. It’s actually quite dangerous to consume shark meat. The number of heavy metals and toxic chemicals that they consume would make anyone insane to eat shark meat.

Just because you aren’t directly consuming shark fin soup or shark meat does not mean you’re not consuming shark in some way. Here are some items that contribute to the decrease in shark populations:

Massive fishnets and longline fishing are devastating our oceans and eventually our planet. While fishermen may be targeting a particular type of fish, they catch anything and everything and just discard what they don’t want. Bycatch is a huge issue in all seafood and is one of the many, many reasons why I choose to be vegan.

Shark finning is the atrocious act of removing fins from sharks and discarding the rest of the shark, often still alive. Without their fins and unable to swim, they will essentially die of suffocation or be eaten by other predators.

The fins are the hot commodity of a shark, so by dumping the rest of the shark, fishing vessels can increase their harvest and profitability.

Shark finning is so popular because the demand for shark fin soup has skyrocketed, particularly in China and other Asian countries but has been seen everywhere, including the U.S. It is estimated that the worldwide value of the shark fin industry ranges anywhere from $540 million to $1.2 billion and it is estimated that 73 million sharks are killed each year by finning alone, and some estimates go as high as 100 million.

Due to legal terminology, shark finning is really only shark finning when the rest of the shark is discarded alive and at sea. If the fins are removed on land during processing, this is not shark finning which, as you can imagine, dramatically skews these numbers.

Plastic pollution is harmful to all sea life, most notably sea turtles. However, scientists have counted more than 1,000 documented instances of sharks and stingrays becoming tangled in plastic, meaning the number is probably much higher.

How much should we actually fear sharks?

A shark attack is, of course, possible, but that does not mean it is probable. Shark attack possibilities should be kept in perspective. People are more likely to be killed by insects and farm animals than sharks or other “dangerous” wildlife.

Globally, there are approximately 70-100 shark attacks annually, resulting in 5-15 deaths. Now, if you’re thinking, “well, haven’t the numbers increased?” Sure, but so has the population tremendously.

There are three types of shark attacks.

The last two are believed to be a result of feeding or antagonistic behaviors such as plane and sea accidents. The International Shark Attack Files is the only global scientifically documented and comprehensive database of all known shark attacks and dates back to the 1500s.

Why are sharks important?

Sharks are apex predators and have major and extensive implications for marine ecosystems and the entire global ecosystem, especially coral reefs. Removing sharks from a reef environment in the ocean has a trickling effect on other species. Without sharks, carnivorous fish that are normally consumed by sharks are now thriving, in turn, consuming more of the fish that keep the corals clean.

How Can You Save the Sharks

Wondering what you can do to save the sharks? There are so many ways that can help – you don’t have to live by the ocean or have money to spare.

9 Organizations to Support to Save the Sharks 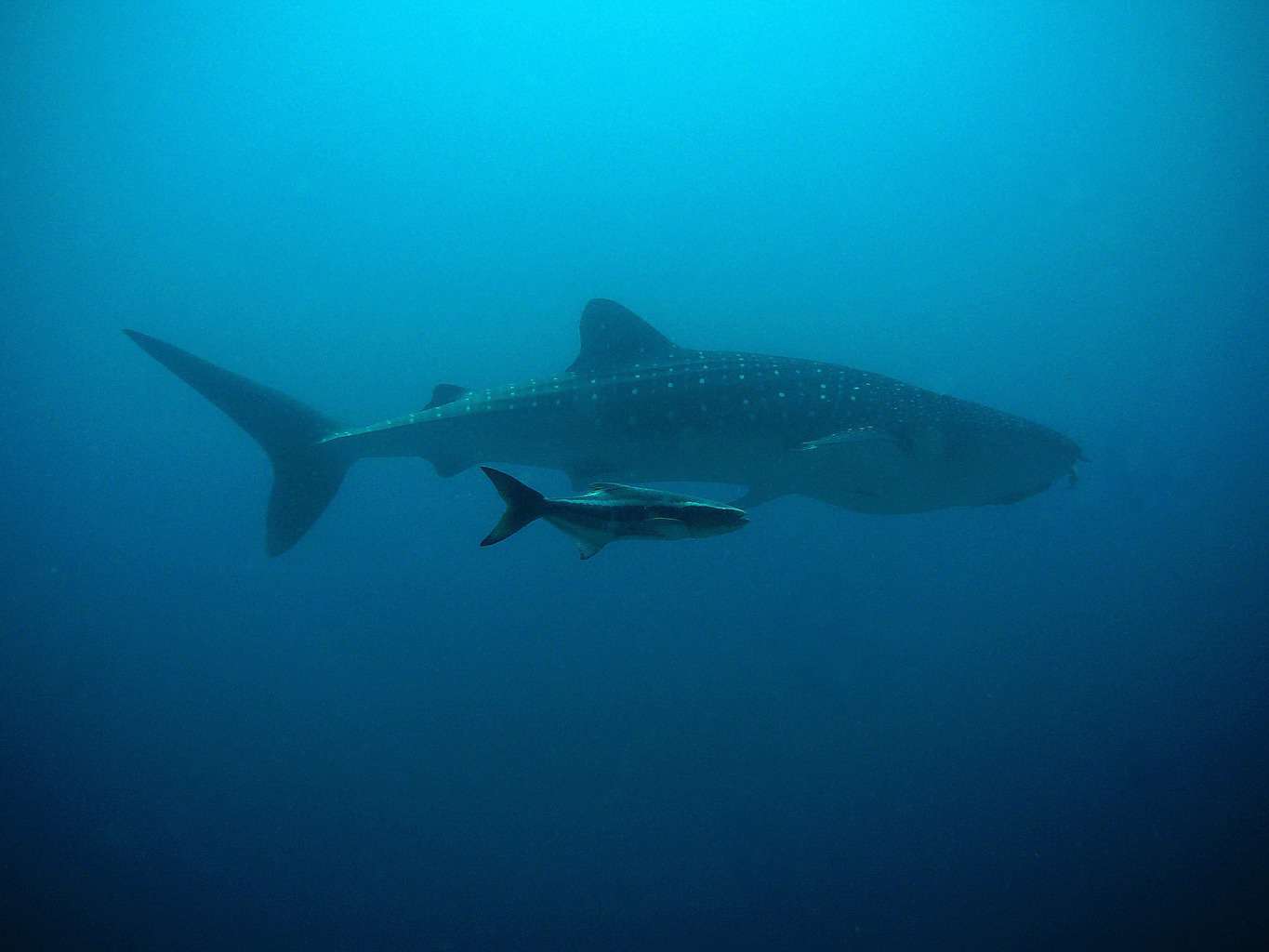 The Florida Program for Shark Research (FPSR) is a team of research scientists and educators and includes the Chondrichthyan Tree of Life Project, the International Shark Attack File, and the International Sawfish Encounter Database. In regards to sharks, the FPSR investigates and compiles information on shark attacks and uses population genetics to determine sharks’ relative abundance and distribution.

Essential Information about the Florida Program for Shark Research

OCEARCH is a data-centric organization built to help scientists collect data in the ocean with a mission to accelerate the ocean’s return to balance and abundance. OCEARCH is bringing the world along in real-time with the help of the OCEARCH Tracker, allowing people to see where tagged animals are in the world.

Predators in Peril is funded by Predators in Peril Founder Andy Murch through his eco-tourism company, Big Fish Expeditions – a dive expedition company that puts divers in the water with sharks and other large animals.

The Predators in Peril Project involves working in the field with artisanal shark fishermen and scientific researchers to obtain live images and video footage of rare, endangered, or simply overlooked sharks and rays both in their natural habitats and in the process of being captured. Each field expedition is followed by an intensive social media campaign to help spread the word about the subject species. 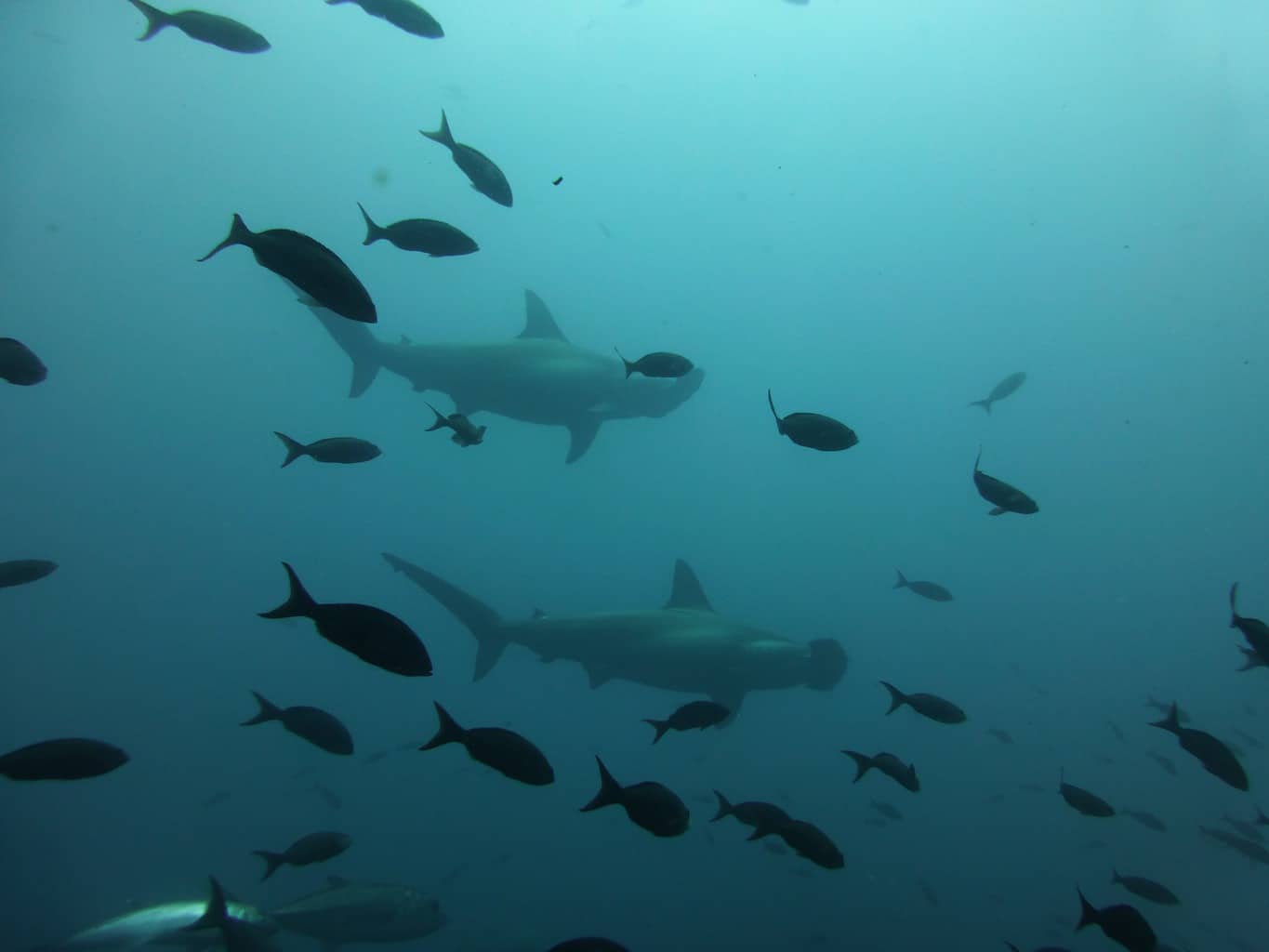 Essential Information about Predators in Peril

Project AWARE started as a project initiated by PADI in the 80s to engage scuba divers and activists around the world in conservation. Project AWARE connects the passion for ocean adventure with marine conservation and the communities that depend on it.

Project AWARE works with others to use the power of international conservation agreements and management regulations for change. They advocate for the full protection of shark species listed as Endangered or Critically Endangered and for the establishment of shark fishing limits and regulations.

The aim of Project Hiu is not to convert or condemn, but rather slowly introduce the opportunity to a community that has only ever known shark fishing. By hiring shark fishing boats to engage in tourism activities, Project Hiu offers a sustainable tourism option in Indonesia and alternative income for shark fishermen that simultaneously and effectively protect sharks.

Project Hiu is founded on the recognition that the very solution to saving sharks, lay with the men raised to kill them.

Project Hiu was founded by Madison Stewart – one of the badass female scuba divers I think everyone should follow.

Sea Shepherd investigates and documents when laws are not enforced. They use innovative, direct actions to expose and confront illegal activities on the high seas marine sanctuaries and in countries’ sovereign waters through cooperative agreements with established law enforcement agencies.

Shark Savers’s programs focus on action and results and have resulted in more protections for sharks and mantas globally. Shark Savers brings this important issue to the public by compelling campaigns and motivates people to stop consuming shark fin soup and sharks, works to create shark sanctuaries and regulations, and empowers divers as advocates for sharks.

While this isn’t directly focused on sharks, cleaning up the oceans inevitably helps to save the sharks. Additionally, each month is a different colored bracelet focusing on a different marine animal or issue. They then donate a certain amount to an organization focusing on that particular theme. Their generic shark bracelet is black and is a partnership with Project Aware.

What do you think about sharks after reading this? 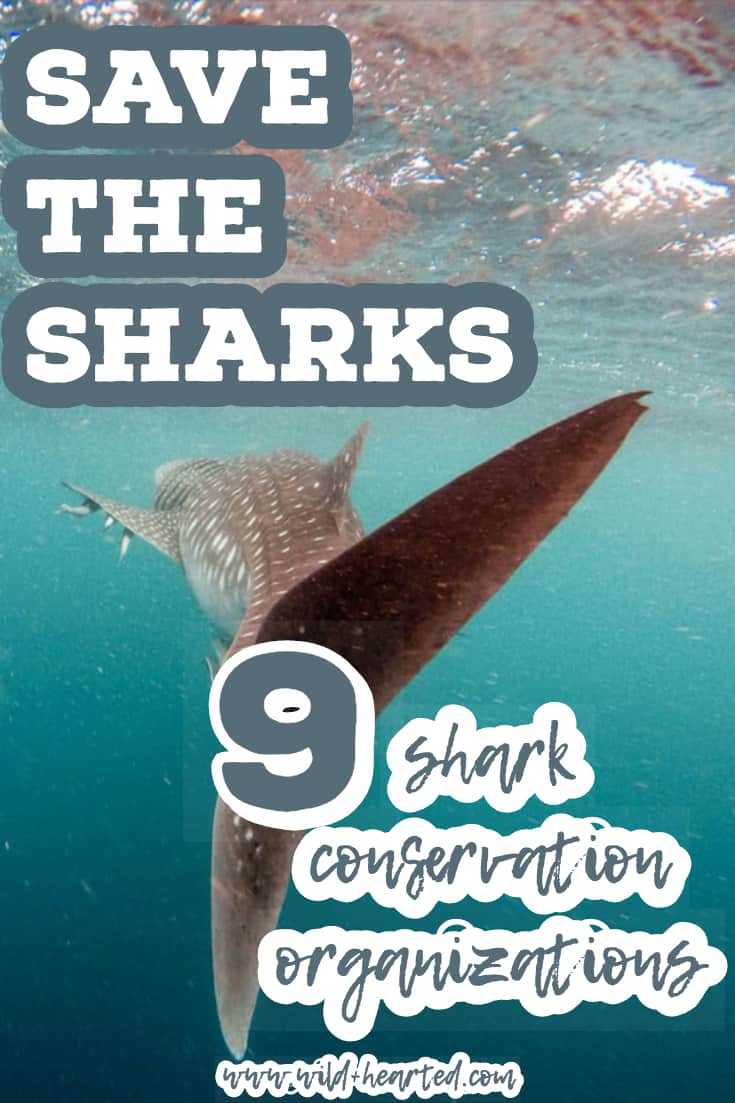 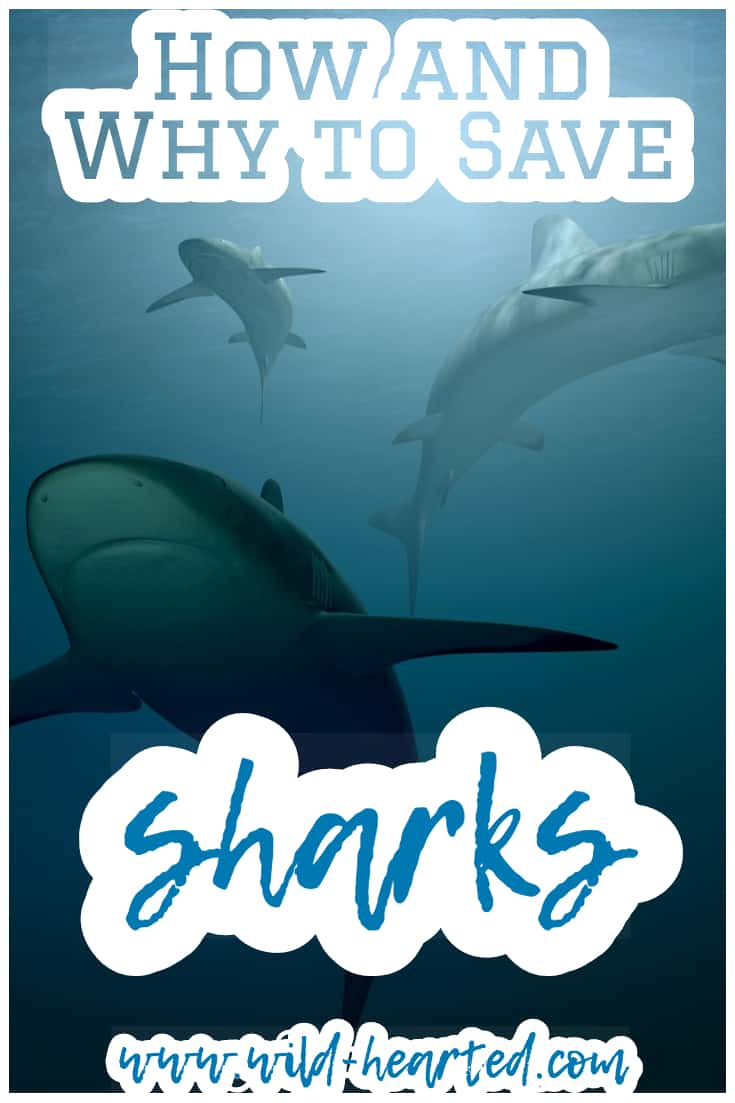 Should I Carry a Dive Knife With Me When I Go Scuba Diving?

How to Eat Healthy When You’re Always Busy or Traveling

10 Sustainable Changes You Can Make at Home Right Now!