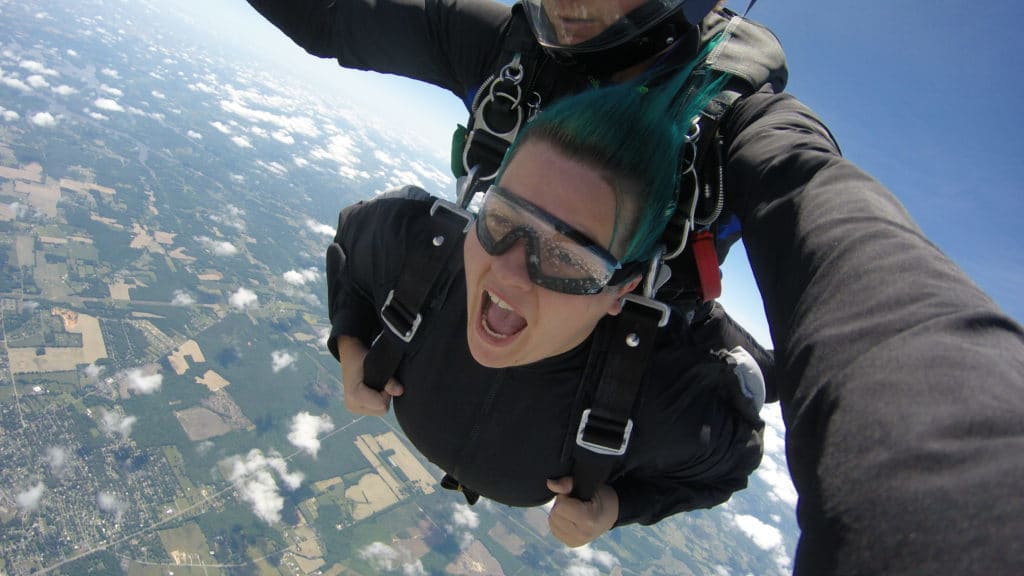 I completed the #1 item on my Dirty Thirty Challenge list – not necessarily the #1 in terms of its better than anything else on my list but #1 numerically at least.  For as long as I can remember, I’ve always had skydiving at the near top of my bucket list though.  I’ve always been one to love adventure and adrenaline-inducing activities.  I live for anything extreme or anything that gets me thinking “What the hell am I doing?!”  Anytime you’re going to be doing a “what the hell am I doing?” activity or even just traveling outside of your country, I would highly suggest comparing global medical insurance plans and finding the right fit for yourself.  It’s well worth being prepared when you’re doing these activities to have that extra feeling of being covered if something happens.

There is something about these type of activities that make you really feel alive.  I need these things in my life.  I knew I would love skydiving or I, at least, hoped I would love it.  I didn’t know if I would want to do it more than once though.  Well, I can safely say now that I’ve gone, that I would do it over and over and over again.  I’m still on the fence as to whether or not I would ever want to learn how to solo jump – I think I’ll stick with tandem for a while.

I had booked my date several months ago with Skydive Tennessee – May 4th was to be the day I did possible the dumbest thing in my life.  Well, then everything happened with my grandpa and he passed away on that Tuesday (the 3rd) and so I rescheduled for two weeks later.  The morning of my jump, the weather was horrible and so I rescheduled for the next day.  I never was nervous and until it kept getting closer and I kept having to change my date.  I think the extra time of thinking about it definitely got my nerves higher.

I’m about to jump out of this… ???? #asoutherngypsy #skydiving #skydive #tennessee #skydivetennessee #adventure #nashvilletn

The morning of I was nervous but it also felt a bit surreal.  Telling people I was going to jump out of an airplane today wasn’t in my normal vocabulary so I don’t think it had hit me yet that I was about to do this.  Skydive Tennessee is located in Tullahoma which is about 1.5 hours away from me so by the time I had arrived, I was wondering why I had decided to do this in the first place and was super close to rescheduling again but I didn’t.

In fact, I completely convinced my mother (who had come with me for moral support) to jump with me!  It was not planned at all and I’m pretty excited and proud of her for doing it.  She has never really been scared of thrill rides or similar things either.  She has fallen off two horses in a year and had to go to the ER and still gets back on them almost every day so she’s pretty unshakeable in that aspect.  However, she has anxiety and doesn’t do well in situations where she has no control.  I say all this to make a point at how wonderful a job the instructors at Skydive Tennessee did in assuring us of everything.  If it weren’t for how comfortable they made us, I’m sure she wouldn’t have been so inclined to spontaneously jump out of an airplane that day.

We arrived at the location at 10:00AM (our planned time) and due to the clouds, we did have to wait almost 2.5 hours before we even started getting ready to jump.  They said we could wait or reschedule with no extra fee but we decided to wait.  Weather is just one of those things no one can control!

We had the place to ourselves for about the first two hours (no one else was scheduled at the 10:00 spot) but by noon, about 20-30 more people at shown up and the place was packed.  So many emotions in one room – excitement, anxiousness, fear and much more. 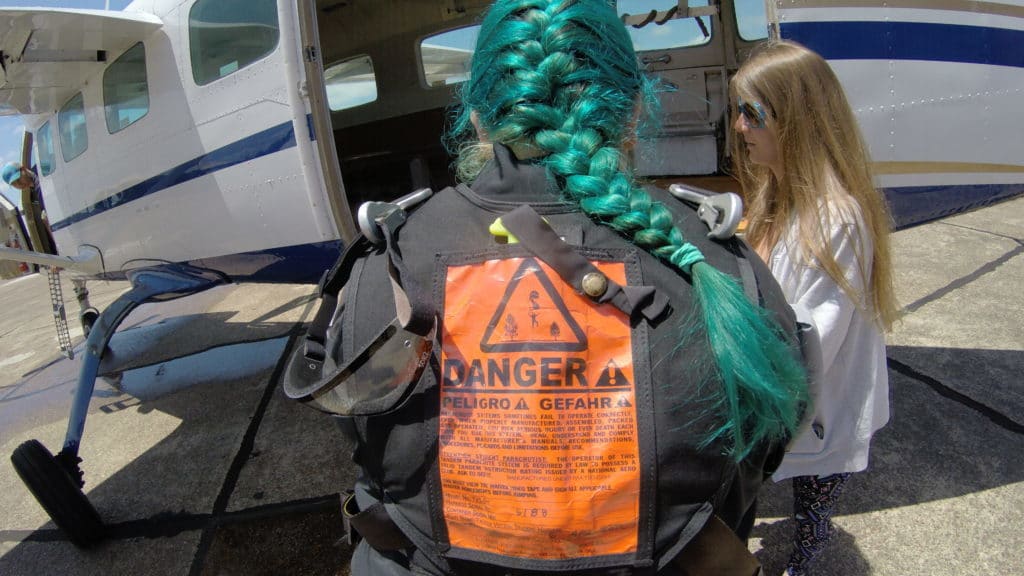 Around 12:30, we got to put on our jumpsuits and harnesses.  Mom and I were up first – there were only two instructors this day so only two jumpers went in the plane at a time.  However, we did have two solo jumpers (you can pay just for a lift ticket if you’re an experienced jumper) with us and they were THE CUTEST couple I’ve ever met.  They have been jumping out of airplanes together for like 40 years and at one point, they would jump upwards of several times a week.  They had on the brightest jumpsuits and they were just adorable.  We talked to them quite a bit and the husband was talking to me in the plane about several things – just very nice people.  I wish I had gotten a picture with them but you can see them a tiny bit in the video. 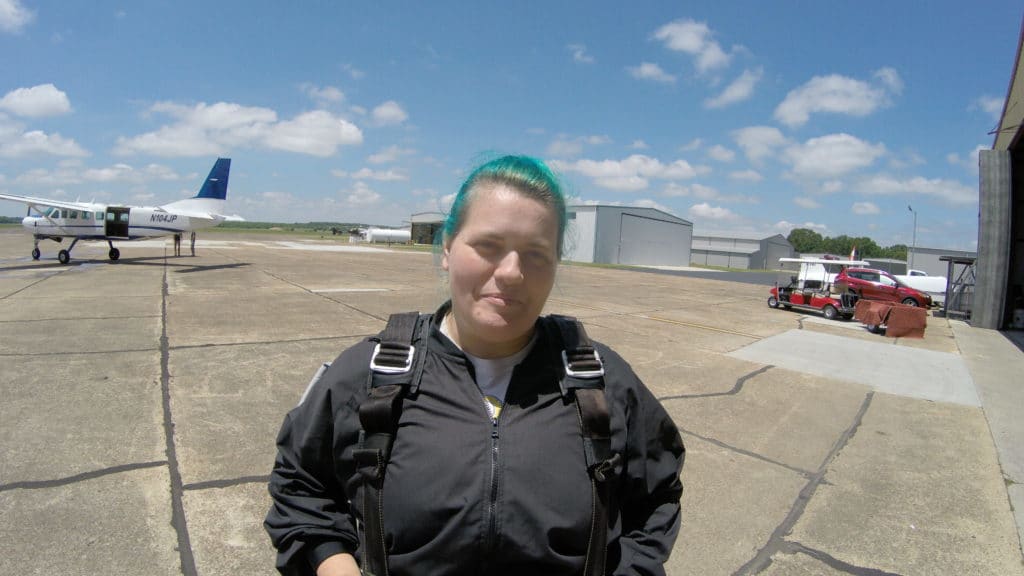 The plane ride up to 14,000 feet takes about 15-20 minutes, the free fall is about 1 minute and then the parachute ride down is about 7-9 minutes so about a 30 minute thing overall once you’re in the actual plane.

Once I was in the plane, my nerves actually eased up more and more which is surprising and quite the opposite of what I would expect.  The instructors do a wonderful job of never really letting you think about what you’re doing.  You literally at the edge of the plane ready to jump out and out of the plane with no time to think about changing your mind. 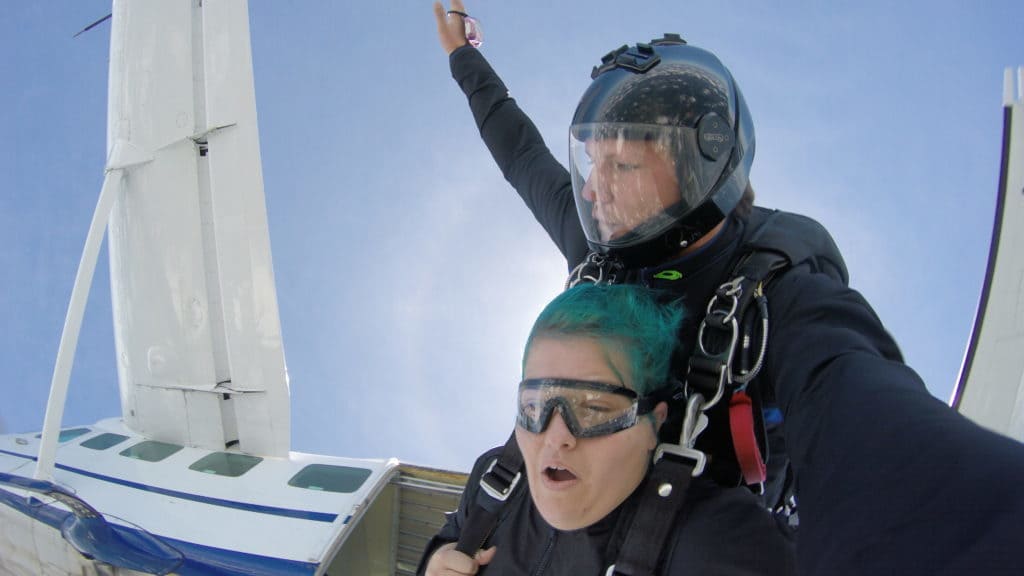 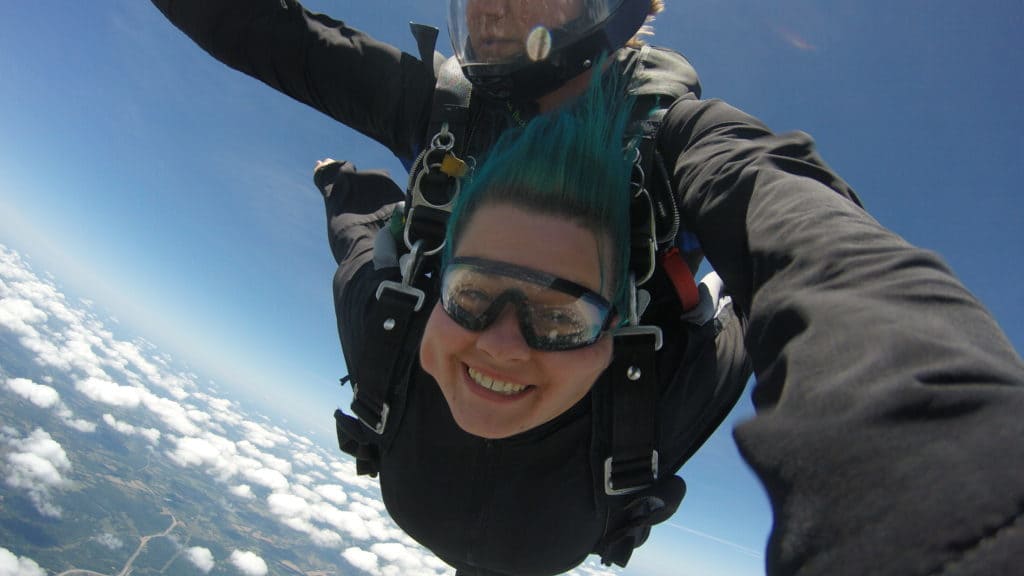 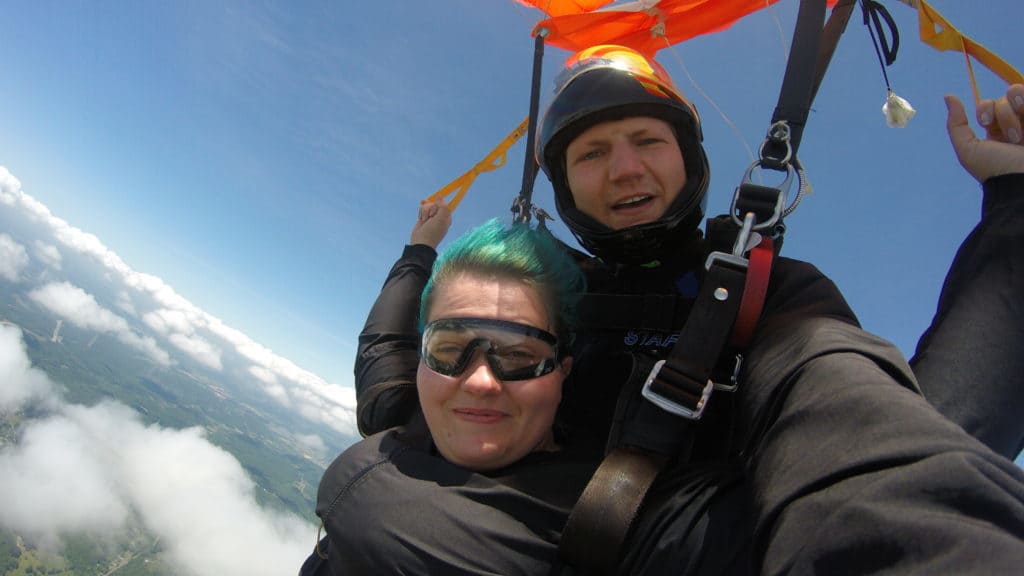 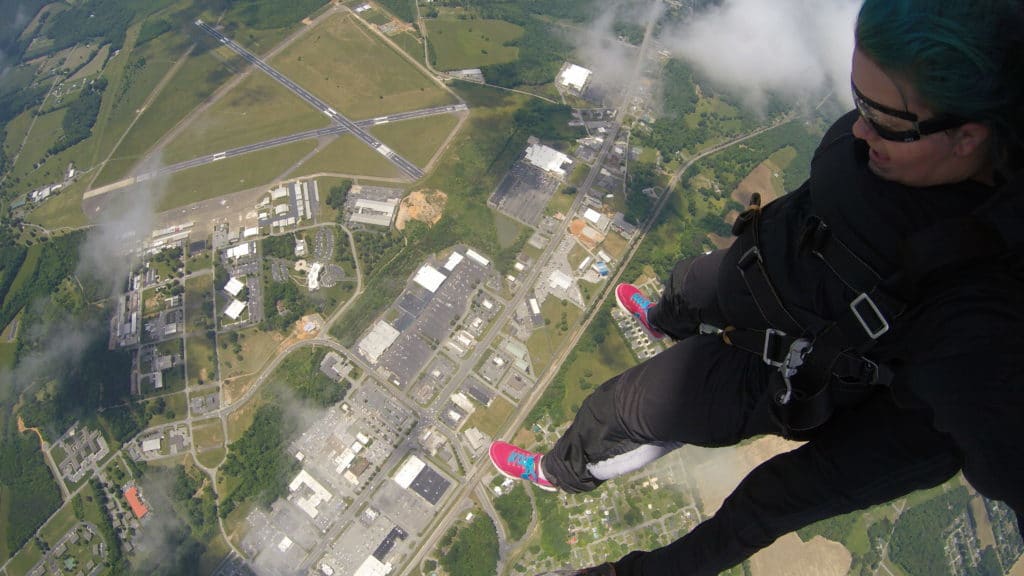 I’ll leave the video to explain the rest because as I actually say at one point in the video, it is a pretty indescribable experience.  I honestly will be trying to talk people into doing this at least once probably for forever now!

Excuse my lack of interview skills – I really was at a loss for words during the whole experience – more out of nervousness in the before interview and more out of shock in the after interview.  Regardless, I think it’s pretty obvious how wonderful of a time I had!

I was in no way compensated for my review from Skydive Tennessee and I even paid full price for my jump so I’m in now way inclined to write positive things about them but I want to give a HUGE thumbs up to everyone at Skydive Tennessee but most importantly my instructor, Ned.  He did a wonderful job in every aspect!

Have you ever been skydiving?  Where at?  Would you ever go?