Cooking Our Way Around the World | Albania 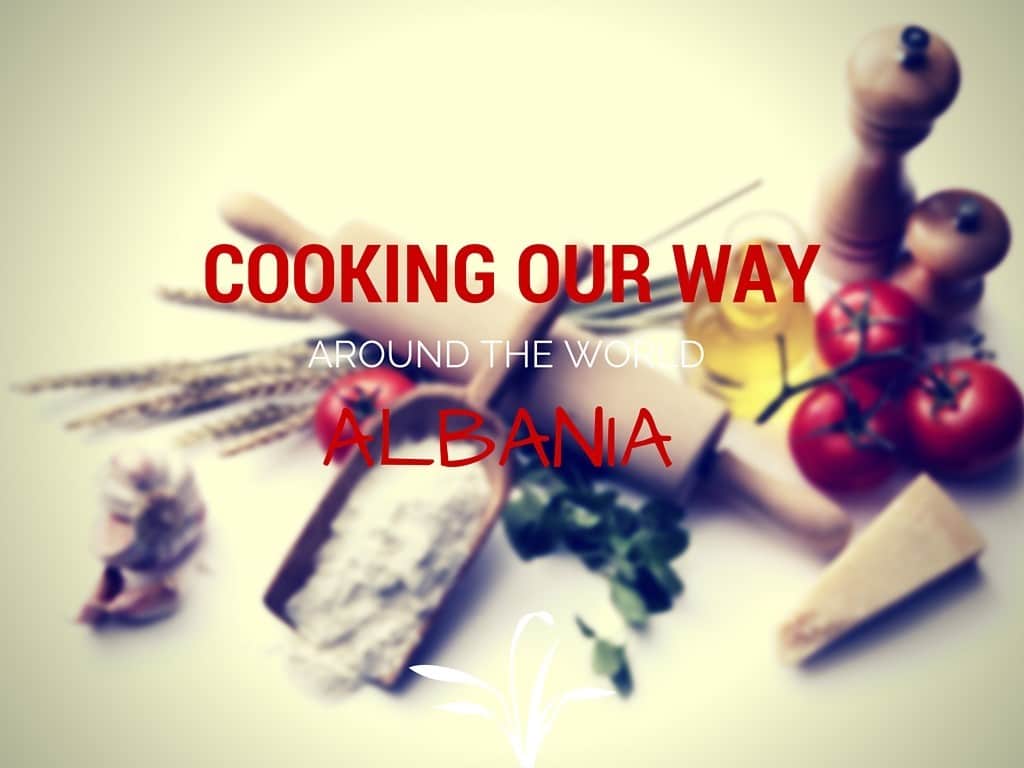 This is our second country in our ‘cooking our way around the world‘ challenge I’ve declared for Kaleb and I.  Inspired by Global Table Adventure, I’ve decided to do a similar challenge – often using some of the same recipes, but also finding different ones along the way.  Depending on work schedules, I’m planning on doing one country weekly or bi-monthly.

I’ve already changed the above!  After Albania, I’ll be choosing countries randomly by throwing a dart at the map.  Alphabetically was just turning out to be too uniform for me.  I wanted a little bit more spontaneity to it instead of knowing exactly which order the countries would be happening.

For Albania, I decided to go with several of the same recipes (they all looked amazing!) that Sasha did.  Instead of the lamb dish that she did, I decided to try some stuffed peppers I found on Pinterest.

Leek Pie – this was so delicious.  I thought I wouldn’t like because I can NOT eat cottage cheese.  It’s gross to me and this has two pounds of cottage cheese in it.  But, nope, I really, really loved this dish.

Albanian Vegetables – these were super simple to make, didn’t call for any seasoning and yet, were very tasty.  They may have been my favorite part. 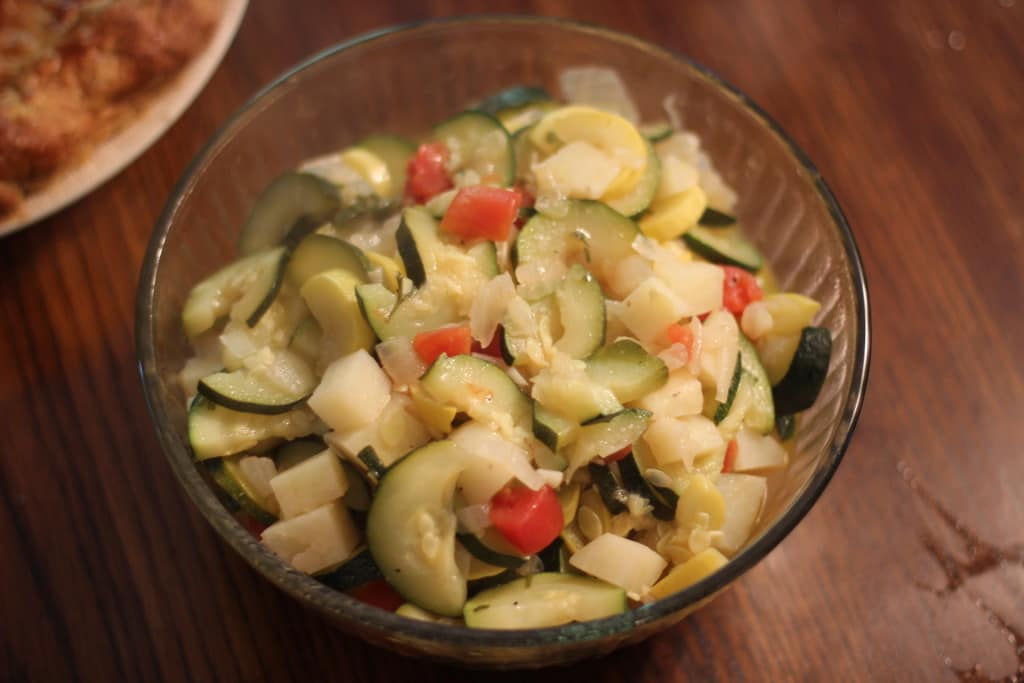 Cornbread – being from the South, I grew up eating cornbread.  This is nothing like our cornbread here in the South, but it’s still pretty tasty.  This was a little too done for my liking, but that’s easily fixed. 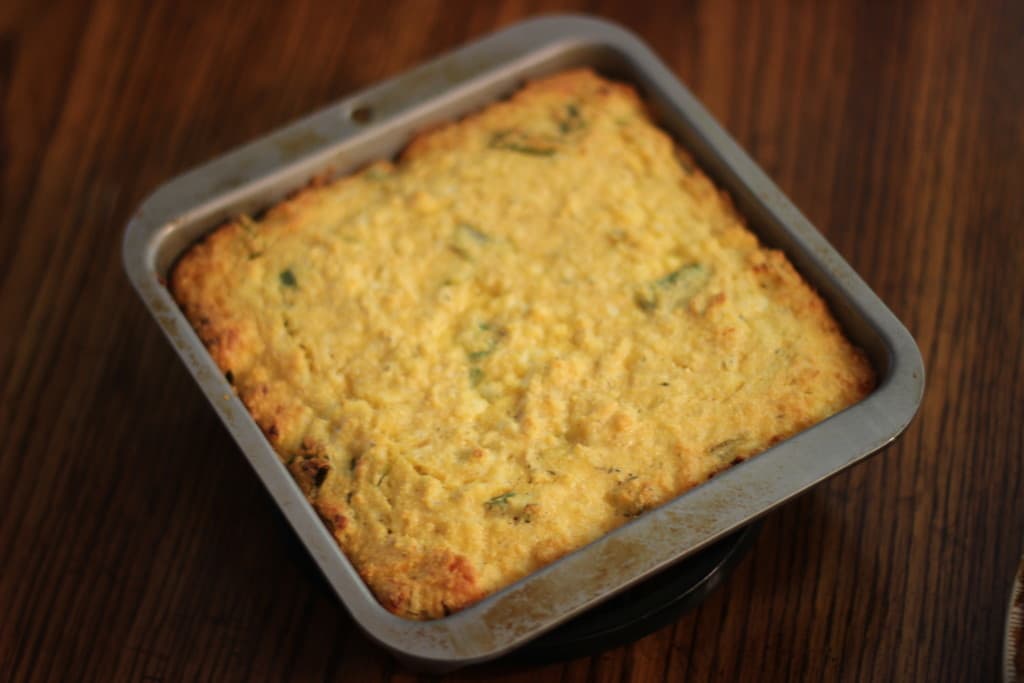 Stuffed Peppers – I feel like this dish had so much potential, yet just didn’t do what it was supposed to.  First of all, the directions were terrible.  I cooked them for twice the time and the rice was still pretty hard.  I’d suggest cooking the rice first (even though the recipe says you don’t need to). 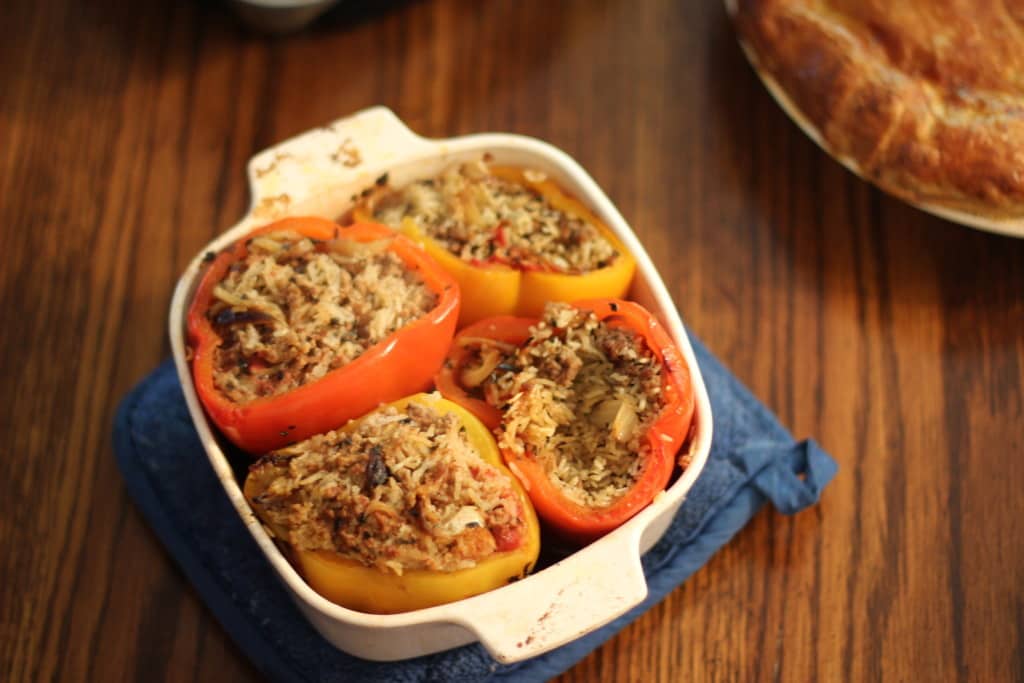 Turkish Delight – notice that there’s no picture.  This dessert is a 4-day process. I started it 4 days before our dinner.  The first day is the longest part – I spent three hours stirring basically, following the recipe completely and it just never firmed up like it was supposed to.  I had to completely trash the whole thing and so we didn’t get to taste turkish delight.  Next time!

WHERE TO FIND THE HARD-TO-FIND INGREDIENTS FOR THIS MEAL:

Rosewater : I searched for rosewater EVERYWHERE.  Kroger, Publix and Walmart are all a no-go.  Whole Foods had a spot for it in the essential oil section but were out of stock and it was $10.

So, where to find it?  I then went to an Indian market (that I actually didn’t know was like 5 minutes from my house, shame on me).  And, there it was – just sitting on the shelf mocking me.  I take it to the register and the cashier tells me it’ll be $2.59.  WHAT?!  I know where I’m doing my shopping now.  So, definitely try your international, Indian or Middle Eastern markets first.

So, there it is!  I survived cooking Albanian food and for the most part, it was pretty good!  What did you think?  Would you give it a try?!

Latest posts by Ashley Hubbard (see all)
Tags: ALBANIA, COOKING AROUND THE WORLD