The ultimate collection of the best vegan quotes focused on animal rights, health, environment, and even humor!

It’s amazing to think how many times someone has been impacted by a few words strung together. Words truly have the power to make change. And, what better thing to perpetuate change than vegan quotes? These compassionate, insightful, and powerful vegan quotes will solidify and support your decision to live a compassionate life or help you move in that direction!

Make sure to let me know which of these vegan quotes is your favorite! Or, was it a vegan quote that turned you vegan in the first place? I’d love to know your story! 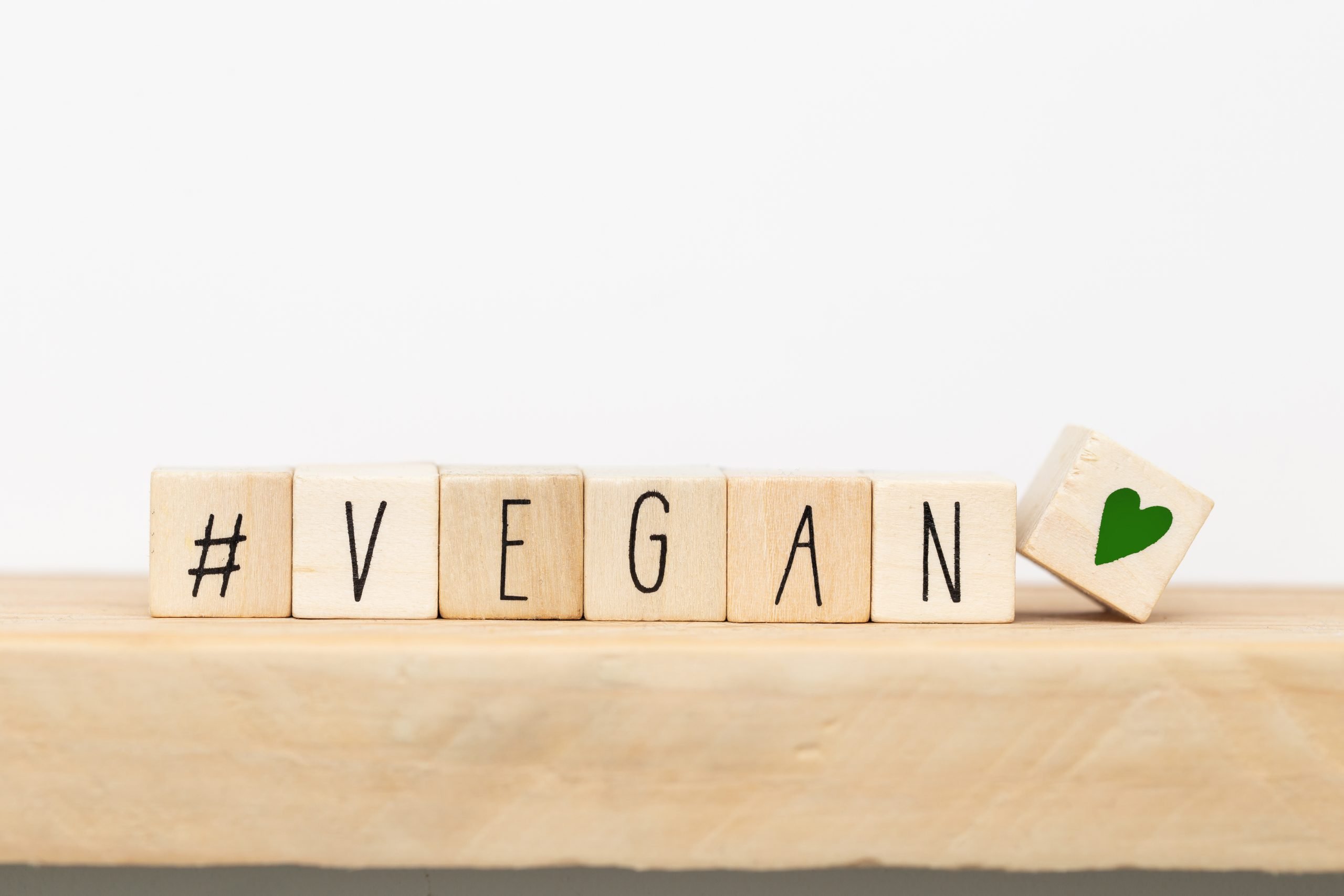 The largest category and most impactful are the inspirational vegan quotes that are primarily about the ethics and animal rights side of veganism.

“It takes nothing away from a human to be kind to an animal.” – Joaquin Phoenix

“The greatness of a nation and it’s moral progress can be judged by the way its animals are treated.” -Gandhi

“I don’t see why someone should lose their life just so you can have a snack.” – Russell Brand

“If a kid ever realized what was involved in factory farming, they would never touch meat again.” -James Cromwell

“There is no fundamental difference between man and animals in their ability to feel pleasure and pain, happiness, and misery.” – Charles Darwin

“My body will not be a tomb for other creatures.” -Leonardo Da Vinci 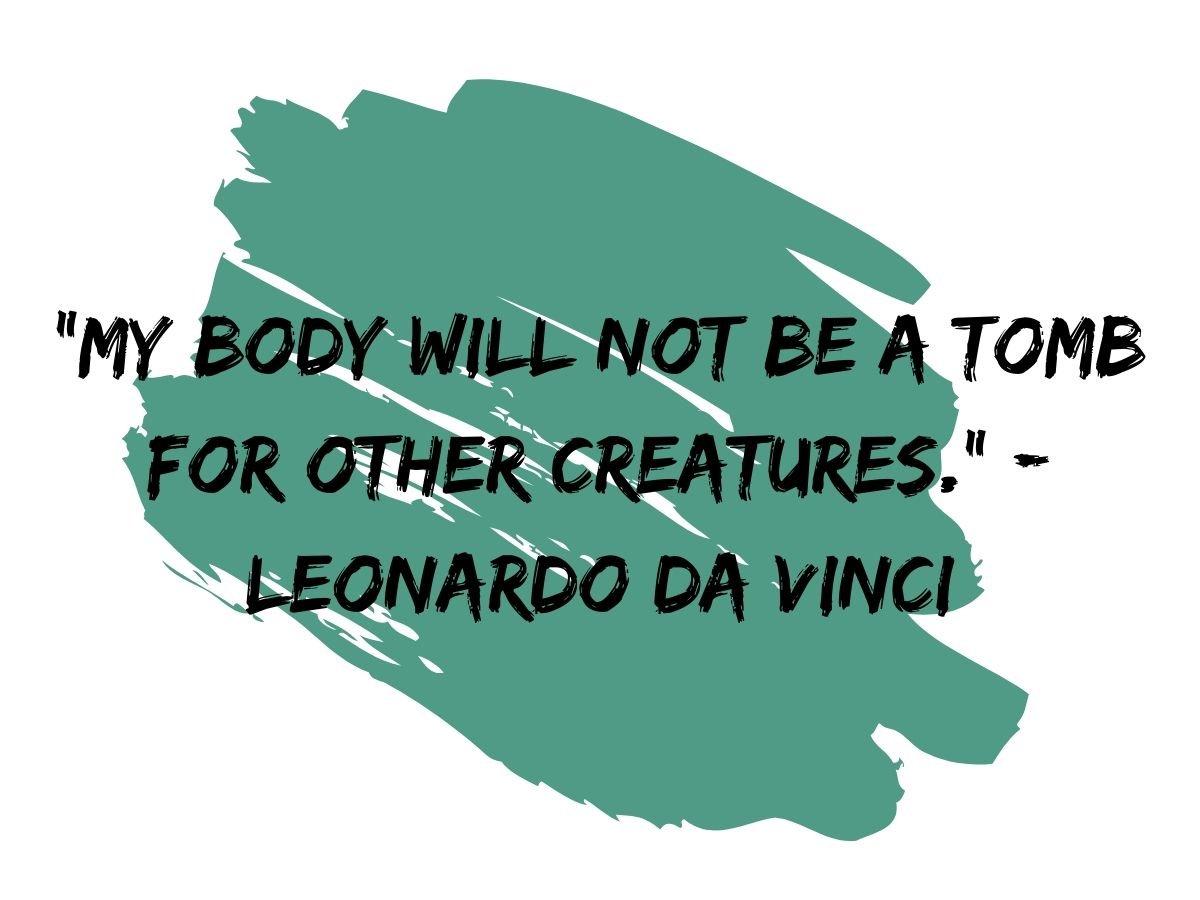 “Part of my becoming a vegetarian was that I would look at my burger, then look at my dogs, and I wasn’t able to see a difference.” – Kristen Bell

“If you don’t want to be beaten, imprisoned, mutilated, killed or tortured then you shouldn’t condone such behaviour towards anyone, be they human or not.” – Moby

“The question is not, Can they reason? nor, Can they talk? but, Can they suffer?” – Jeremy Bentham

“To face animal suffering is to face our responsibility in their suffering.” – JoAnne McArthur

“I’ve been vegan since I got out of the hospital… It’s another eye-opener. It changed my life in a number of ways.” – Travis Barker

“I have no doubt that it is a part of the destiny of the human race, in its gradual improvement, to leave off eating animals, as surely as the savage tribes have left off eating each other when they came in contact with the more civilized.” – Henry David Thoreau

“A man can live and be healthy without killing animals for food; therefore, if he eats meat, he participates in taking animal life merely for the sake of his appetite. And to act so is immoral.” – Leo Tolstoy

“For as long as men massacre animals, they will kill each other. Indeed, he who sows the seed of murder and pain cannot reap joy and love.” – Pythagoras

“One farmer says to me, ‘You cannot live on vegetable food solely, for it furnishes nothing to make the bones with;’ and so he religiously devotes a part of his day to supplying himself with the raw material of bones; walking all the while he talks behind his oxen, which, with vegetable-made bones, jerk him and his lumbering plow along in spite of every obstacle.” – Henry David Thoreau

“If you really care about animals, then stop trying to figure out how to exploit them ‘compassionately’. Just stop exploiting them.” – Gary Francione

“But for the sake of some little mouthful of flesh we deprive a soul of the sun and light, and of that proportion of life and time it had been born into the world to enjoy.” – Plutarch

“You have just dined, and however scrupulously the slaughterhouse is concealed in the graceful distance of miles, there is complicity.” – Ralph Waldo Emerson 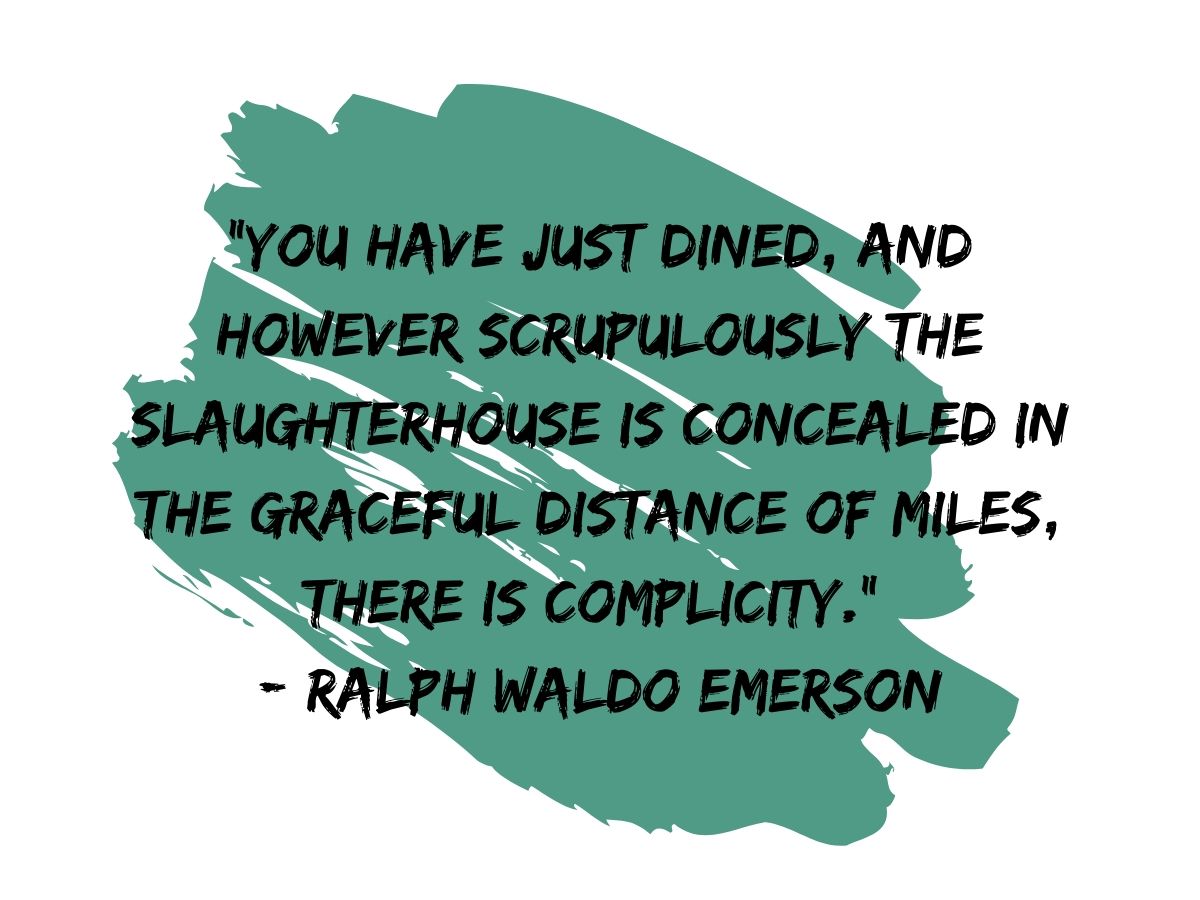 “The horse and the cow, the rabbit and the cat, the deer and the hare, the pheasant and the lark, please us better as friends than as meat.” – Elisée Reclus

“I’m an animal rights activist because I believe we won’t have a planet if we continue to behave toward other species the way we do.“ – James Cromwell

“I choose not to make a graveyard of my body for the rotting corpses of dead animals.” – George Bernard Shaw

“Man is the only animal that can remain on friendly terms with the victims he intends to eat until he eats them.” — Samuel Butler

Lisa: “Do we have any food that wasn’t brutally slaughtered?”

Homer: “Well, I think the veal died of loneliness.”

“When I turned vegan, I didn’t feel that way about every animal around. I’ve noticed it’s something that changes naturally. Nowadays I vacuum around a spider, catch flies to release them outside and let silverfish go about their business; a whole new world, a whole new-found mental peace.” – Jaco van Drongelen

“Being vegan helped me realize I can say and do what I believe is right. That’s powerful.” – Alicia Silverstone

“No animals needs to die in order for me to live. And that makes me feel good.” – Howard Lyman

“The vegan lifestyle is a compassionate way to live that supports life, supports fairness and equality, and promotes freedom.” – Robert Cheeke

“Animals on factory farms all face pain and fear, just like the animals we share our homes with, yet are repeatedly abused in shocking ways.” – Peter Dinklage

“If you visit the killing floor of a slaughterhouse, it will brand your soul for life.” – Howard Lyman

“You can’t do anything violent humanely.” – James Wildman

“They had done nothing to deserve it; and it was adding insult to injury, as the thing was done here, swinging them up in this cold-blooded, impersonal way, without pretence at apology, without the homage of a tear.” – Upton Sinclair

“I’m vegan, though not completely religious about it. While writing ‘Sapiens,’ I became familiar with how we treat animals in the meat and dairy industries. I was so horrified that I didn’t want to be a part of it anymore.” – Yuval Noah Harari

“Think of the fierce energy concentrated in an acorn! You bury it in the ground, and it explodes into an oak! Bury a sheep, and nothing happens but decay.” – George Bernard Shaw

“In fact, if one person is unkind to an animal it is considered to be cruelty, but where a lot of people are unkind to animals, especially in the name of commerce, the cruelty is condoned and, once large sums of money are at stake, will be defended to the last by otherwise intelligent people.” – Ruth Harrison

“Align your actions with your values. If you believe that the life of an animal has higher value than your taste buds then reevaluate the purchases that you make. Every time you reach for a bacon sandwich, dairy ice cream, or any animal product, you’re saying that you value your taste buds over the life of the animal who suffered and died for your purchases. Is this really the choice that you want to make?⁣⁣” – Earthling Ed

“Everything in food works together to create health or disease. The more we think that a single chemical characterizes a whole food, the more we stray into idiocy.” – T. Colin Campbell

“The food you eat can either be the safest & most powerful form of medicine or the slowest form of poison.” Ann Wigmore

“My refusing to eat meat occasioned inconveniency, and I have been frequently chided for my singularity. But my light repast allows for greater progress, for greater clearness of head and quicker comprehension.” – Benjamin Franklin

“I’ve been vegan for about 10 and a half years. It’s been all good. I’m obviously much healthier.” – Woody Harrelson 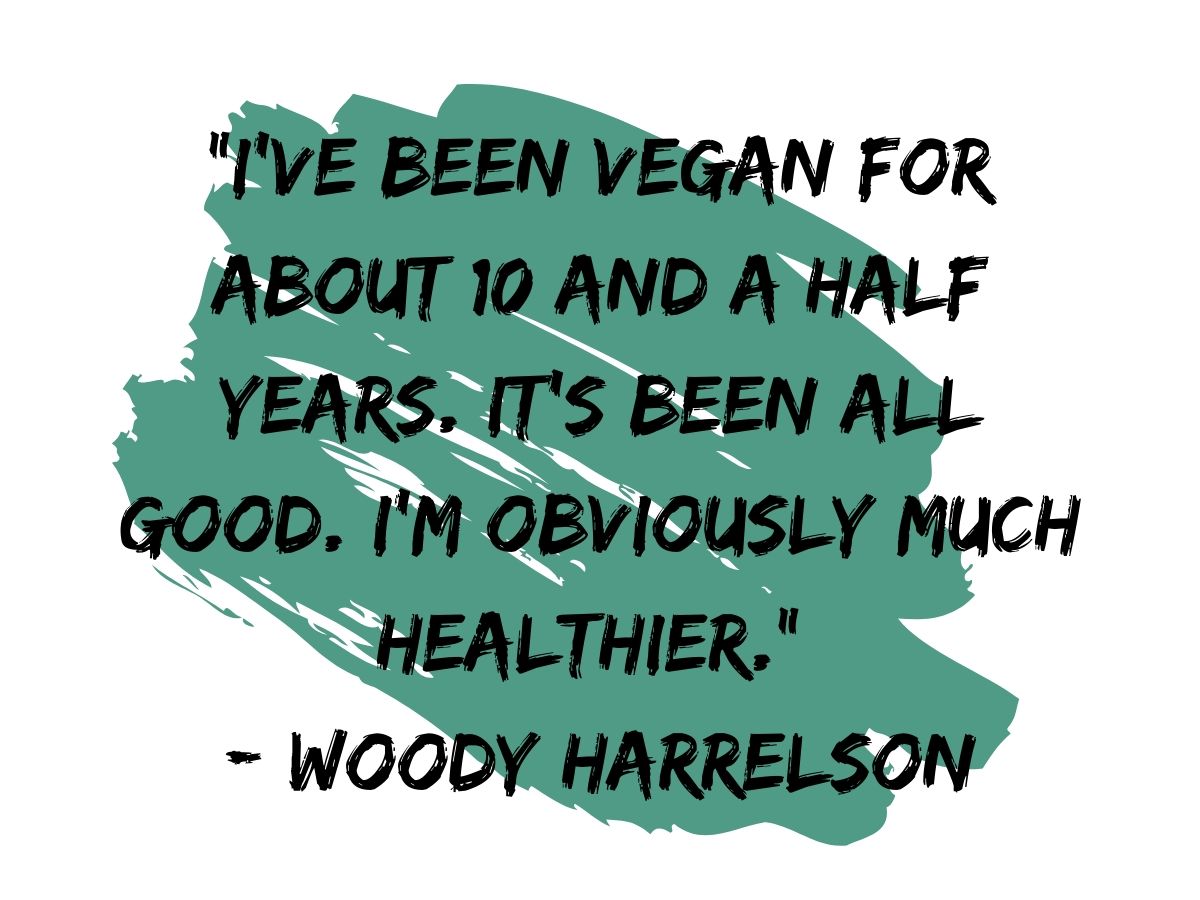 “Give up animal foods for two months, or even for a week, and I promise you will look and feel better, and you’ll want to do it forever.” – Alicia Silverstone

“This is a message to all those out there who think that you need animal products to be fit and strong. Almost two years after becoming vegan I am stronger than ever before and I am still improving day by day.” – Patrik Baboumian

“Raw food is the best way to have the cleanest energy. We take so much care about what kind of fuel we put in our car, what kind of oil. We care about that sometimes more than the fuel that we’re looking at putting in our bodies. It’s cleaner burning fuel.” – Woody Harrelson

“It’s upsetting to me that so many people think of themselves as environmentalists and still eat meat and dairy products. I think it’s something people should be considering given the emergency situation we’re in regarding water supplies, global warming, and the destruction of ecosystems. There’s a lot of overlap between animal rights and the environment.” – Emily Deschanel

“Humanity is now standing at a crossroads. We must now decide which path we want to take. How do we want the future living conditions for all living species to be like?” – Greta Thunberg

“Humanity is now standing at a crossroads. We must now decide which path we want to take. How do we want the future living conditions for all living species to be like?” – David Attenborough

“Even as a junkie I stayed true to vegetarianism – ‘I shall have heroin, but I shan’t have a hamburger.’ What a sexy little paradox.” – Russell Brand

Planning a trip for the future? Here are my resources.
Interested in starting a blog? Use these resources.
Read my other vegan posts. 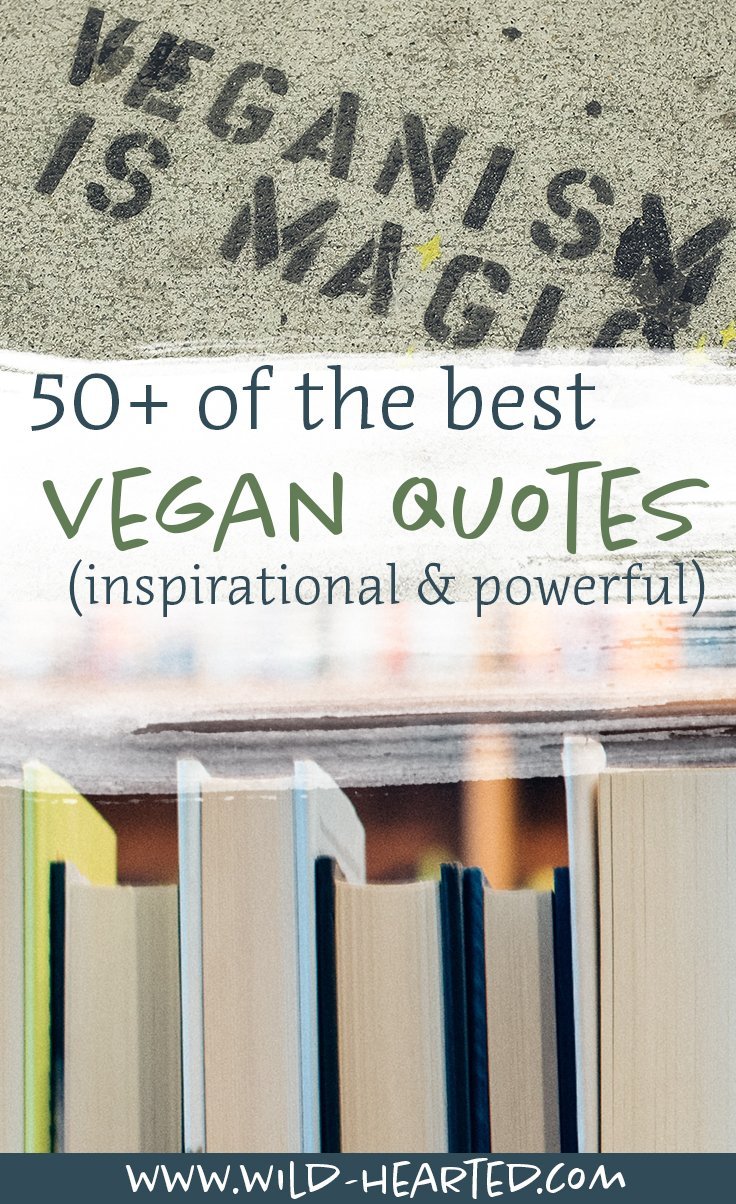 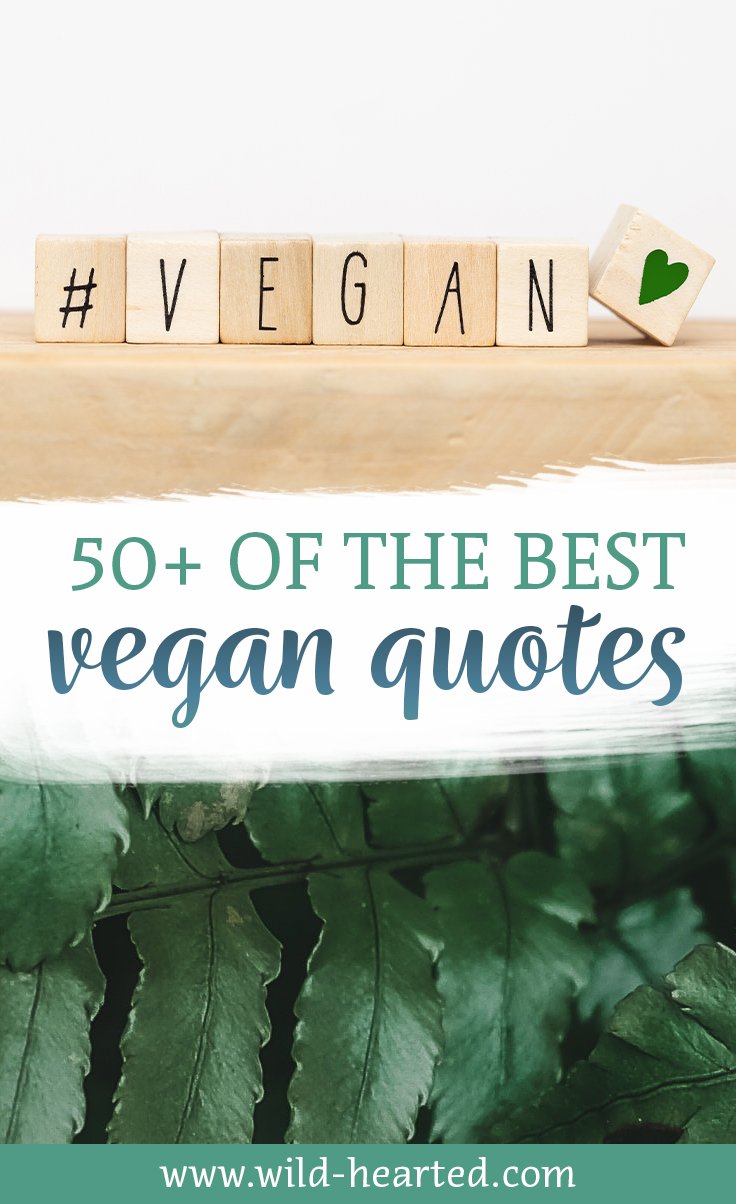 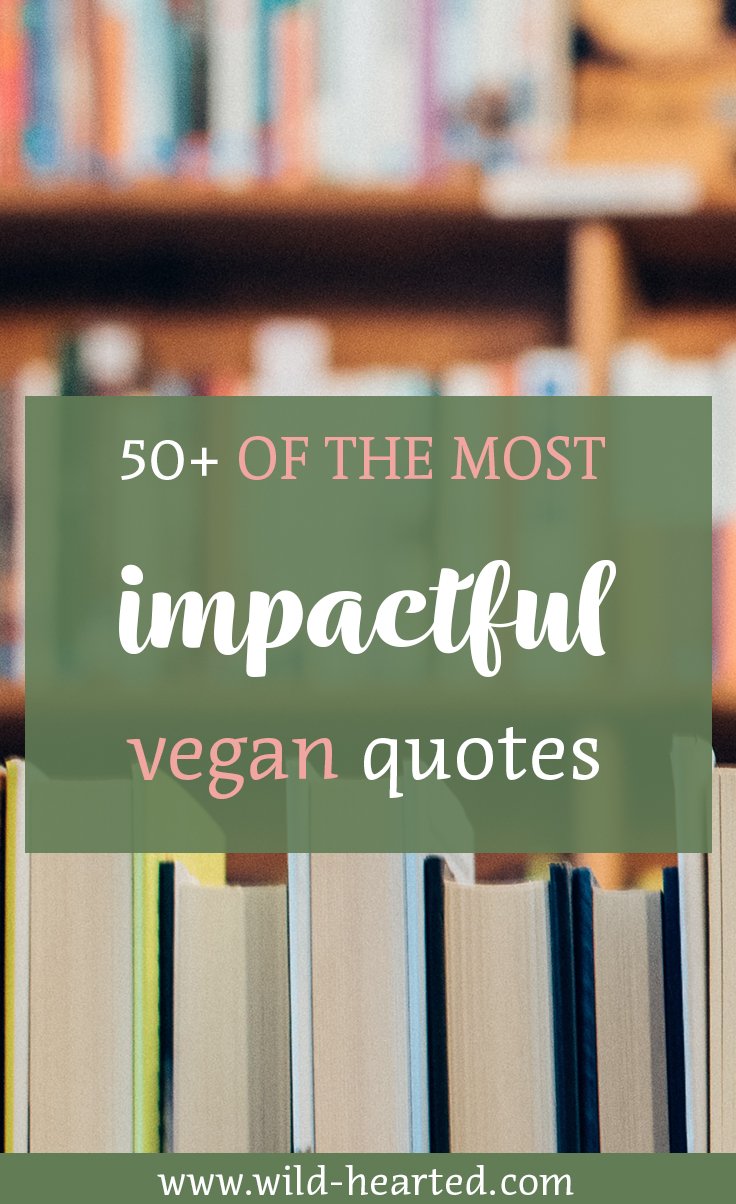 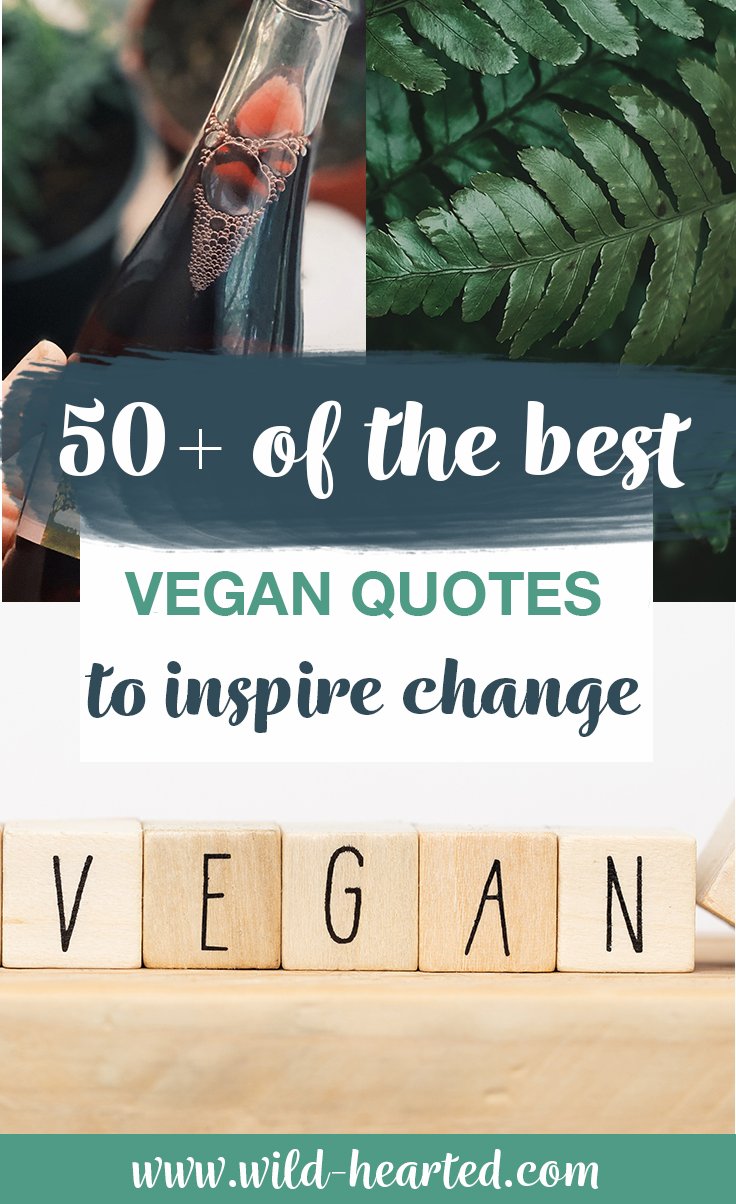 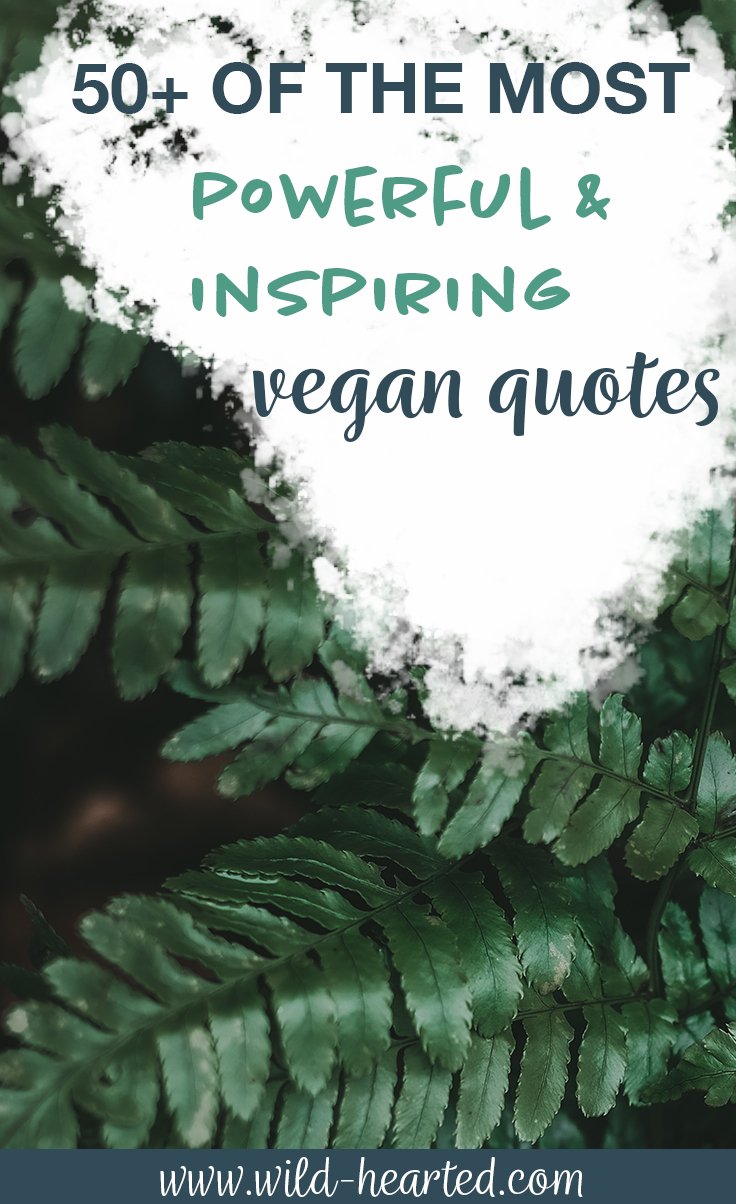