On my last day in Indy, I headed over to the city market and was give a wonderful tour of the market along with tons of history and a visit to the catacombs that sit underneath.  The city market definitely has a “back in the day” feeling to it – you can stroll around and maybe get an item from several places and then head upstairs and have a nice, relaxing lunch.  You can also grab a drink or a coffee upstairs at either the bar or cafe.  The city market has been around since 1886 when it was an open space market for all things food.  It quickly became a one stop shop for everything you would need.

Indianapolis City Market is listed in the National Register of Historic Places, is conveniently located in downtown and is a hot lunch spot.  However, what really caught my attention was the amazing vegan options available.

I knew Three Carrots was located in the market and I think they are definitely the most well known vegan option but there were several, several more options.  Any time you’re walking around and you consistently are seeing stickers like this, you know you’ve found a good place. 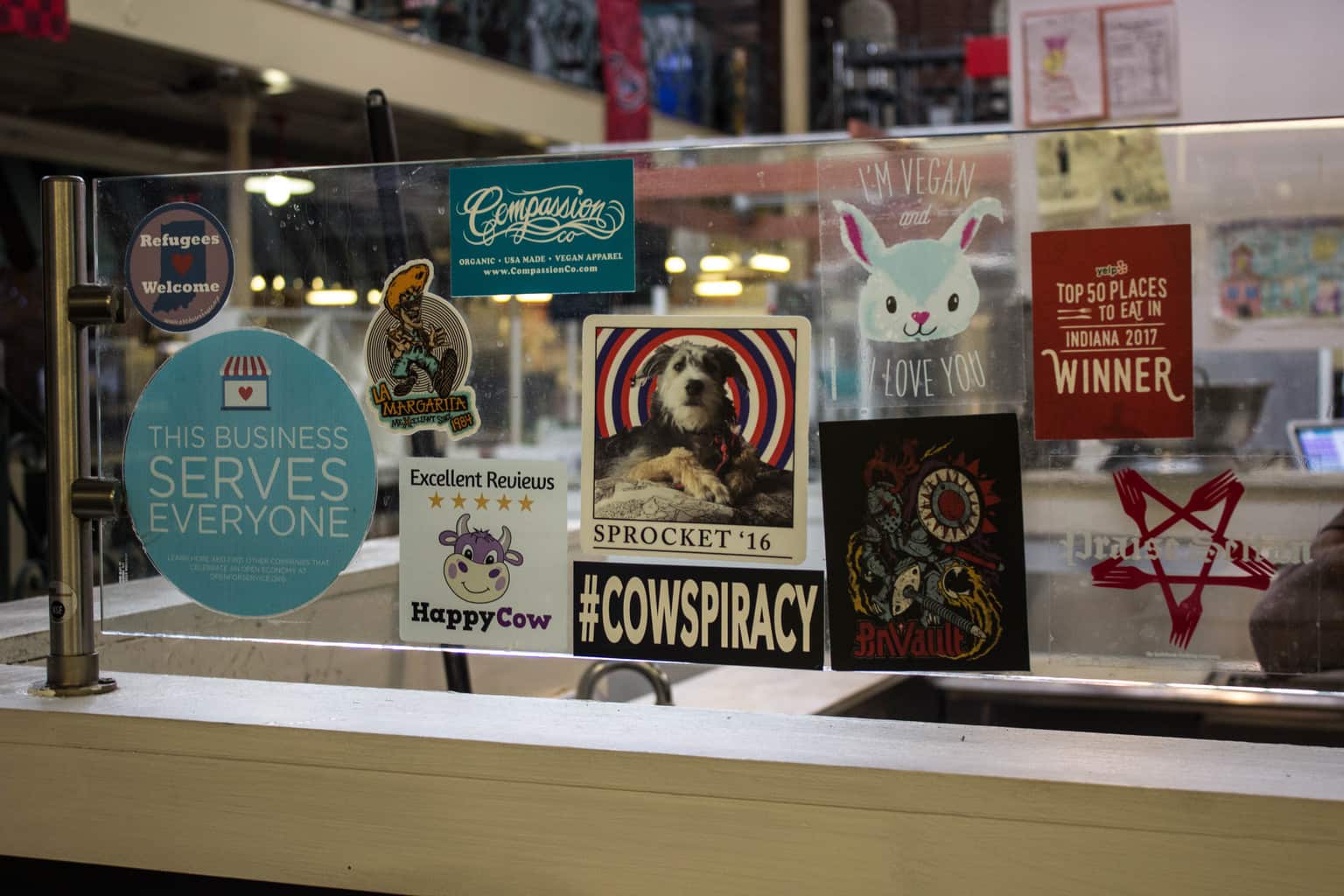 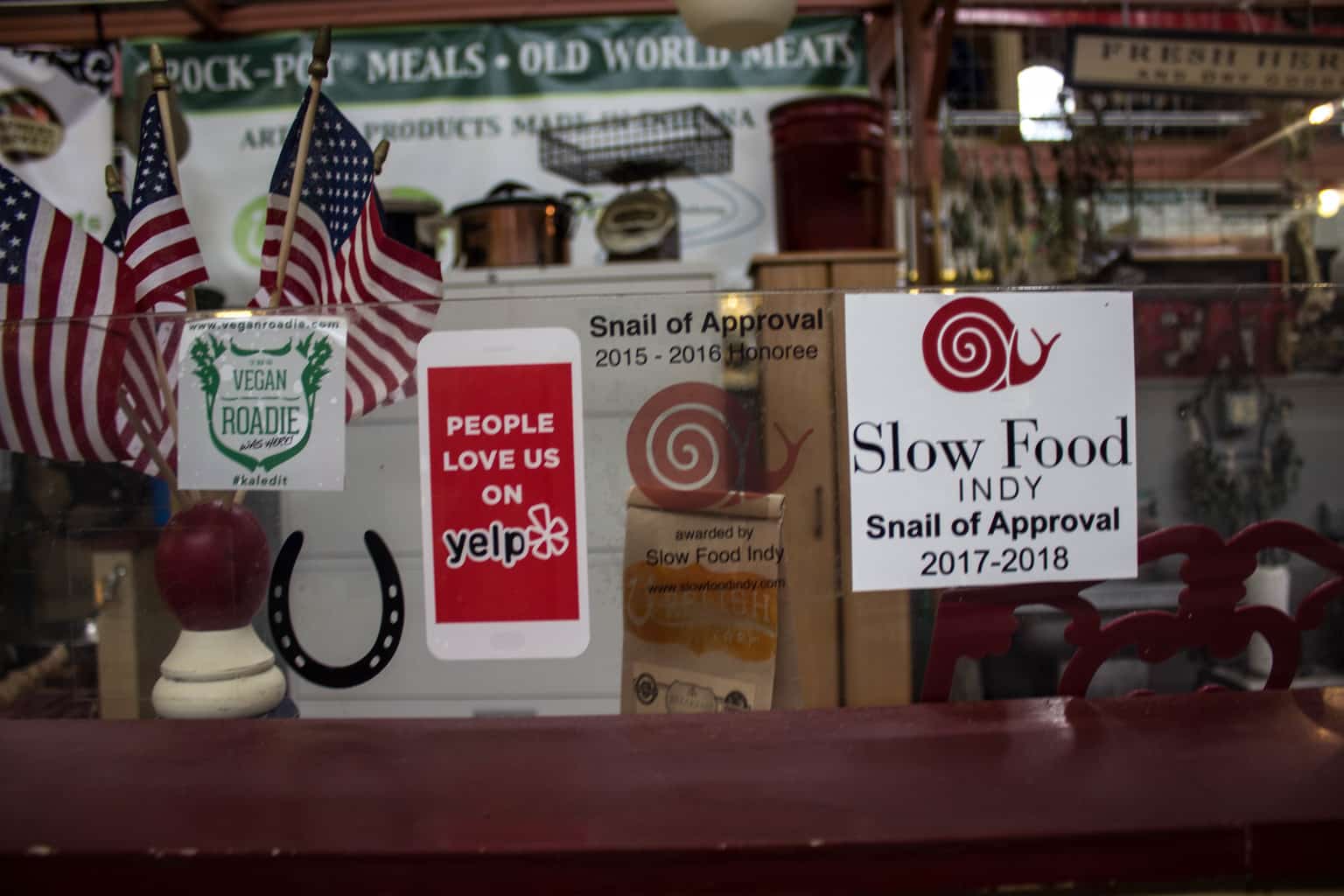 Like I mentioned, Three Carrots is probably the most well-known and popular choice for vegans at the city market and for good reason too.  They offer a fully vegan menu (despite their label of “vegetarian”) and they offer lots of speciality dishes such as the Indiana famous pork tenderloin sandwich but instead of pork, they use seitan.

I brought my leftovers home and when I woke up the next morning, my boyfriend had already devoured it.  He’s an omnivore and he said it was the best mock meat item he’s had since I went vegan and that’s saying a lot!

I also got the seitan and dumplings and it was so good!  I didn’t even realize that I hadn’t had a chicken and dumplings alternative since going vegan until I saw this option on their menu.

I really wish I could have tried everything on their menu but I guess I’ll just have to head back again. 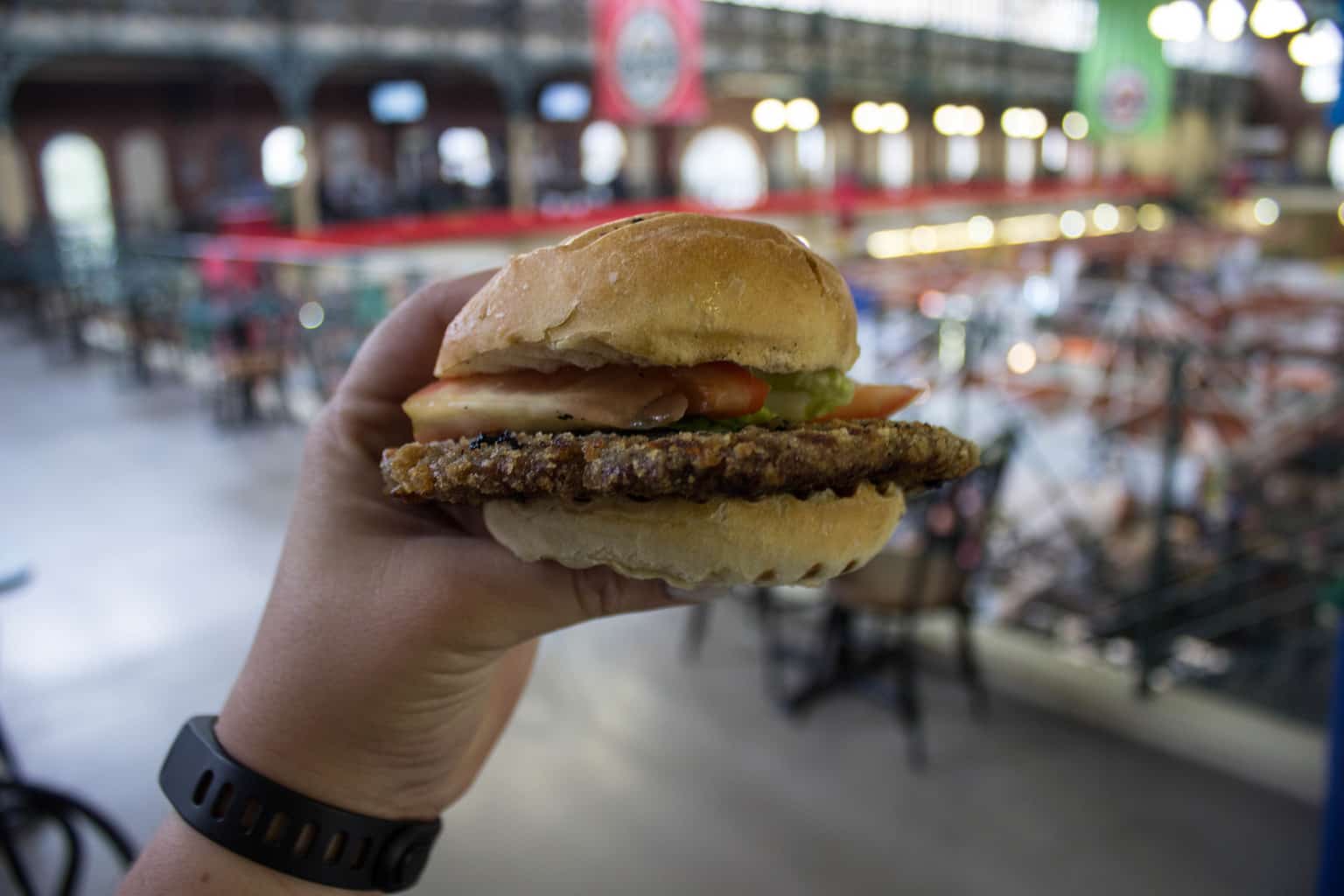 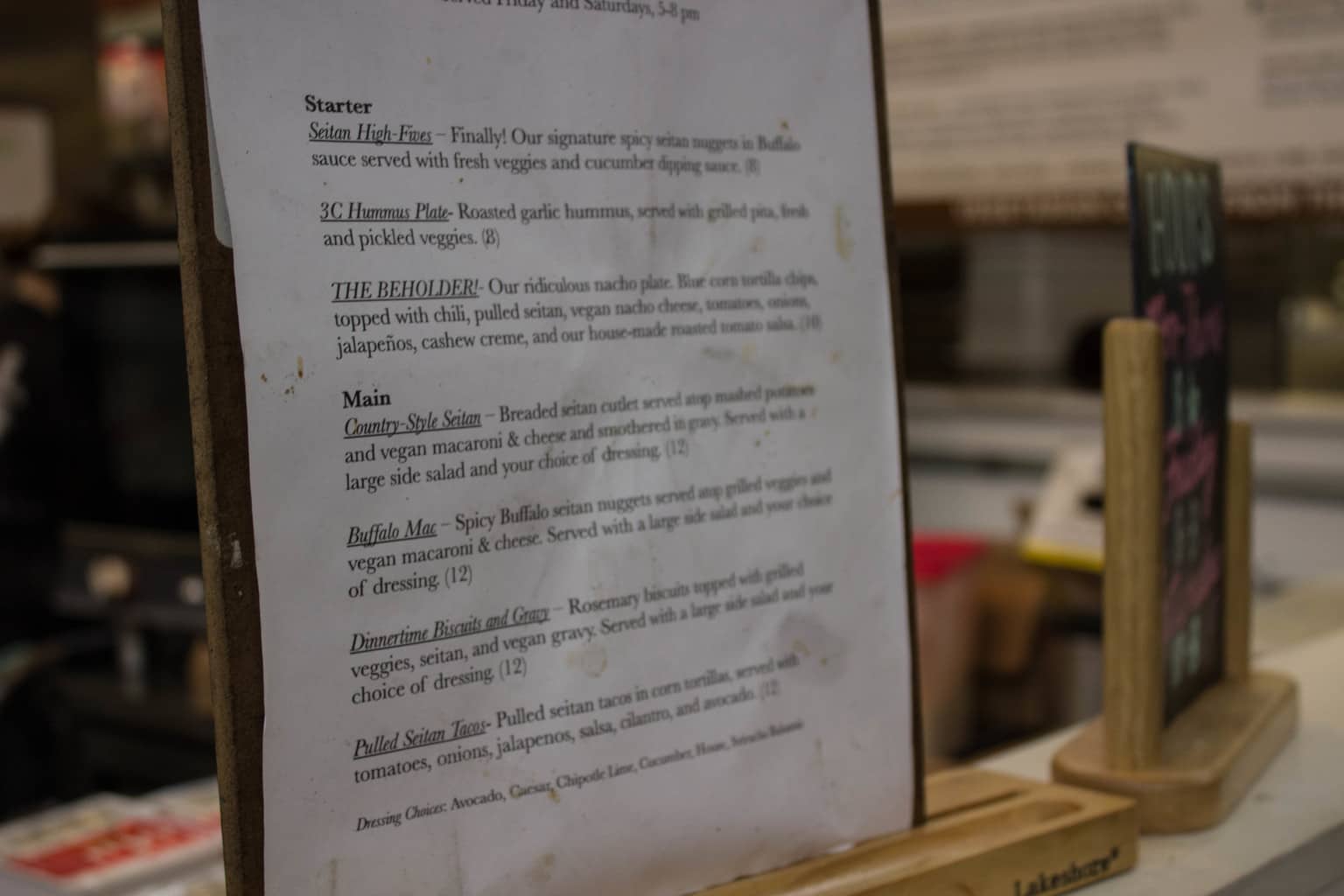 I also found Circle City Soups.  While predominantly non-vegan, they did have two vegetarian and one vegan soup on their menu so I asked them if that’s typical.  I was pleased to find out that they do indeed typically have at least one vegan soup every day and that they update their daily soups on their Facebook page. 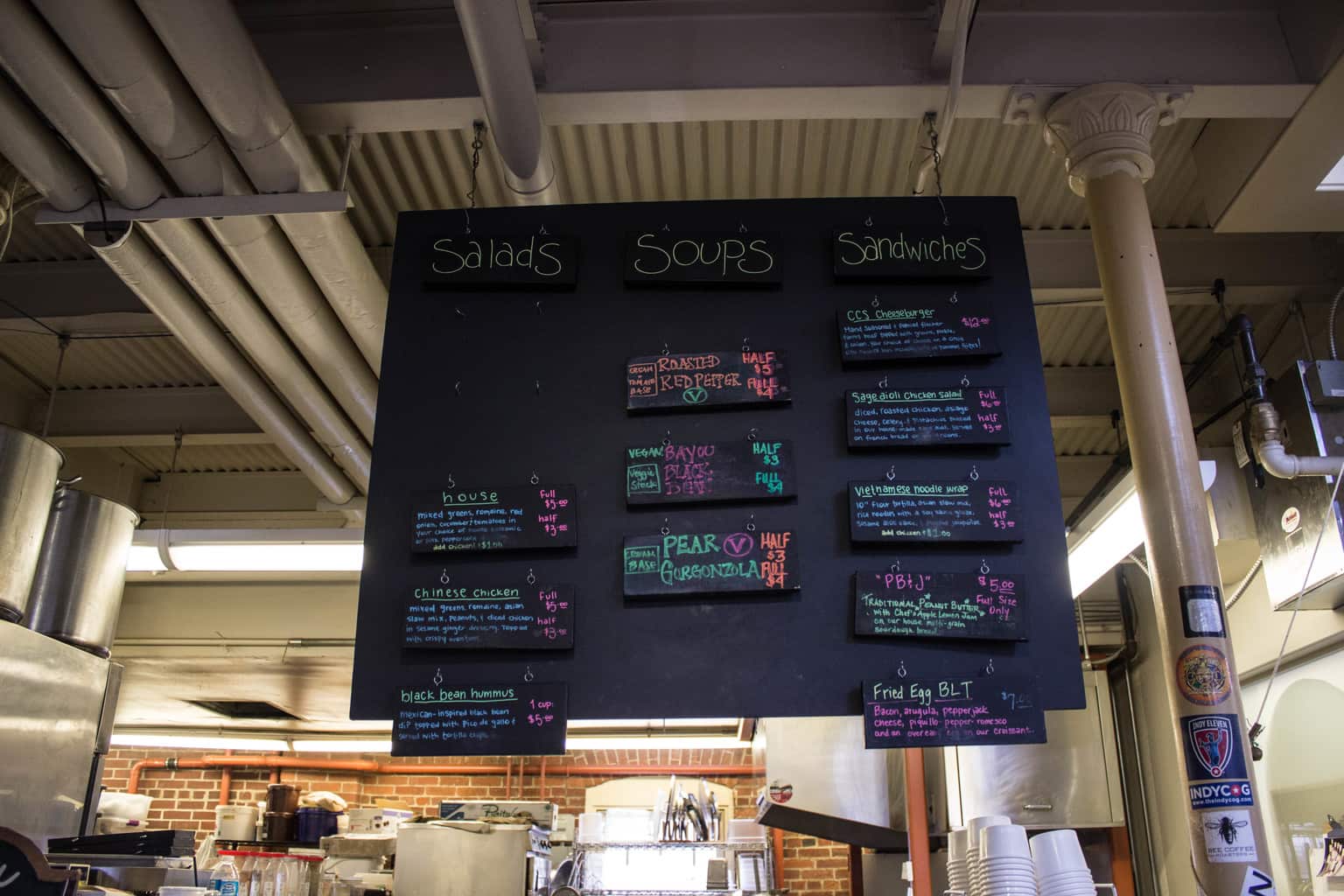 I’m so upset I didn’t get to try Spice Box.  They had two vegan (clearly marked) items on their menu and one was my favorite Indian dish ever : Aloo Gobi.  They were closing up when I got to the market and I don’t know how I could have eaten one more thing anyway but I’m definitely heading back here first on my next trip to Indy. 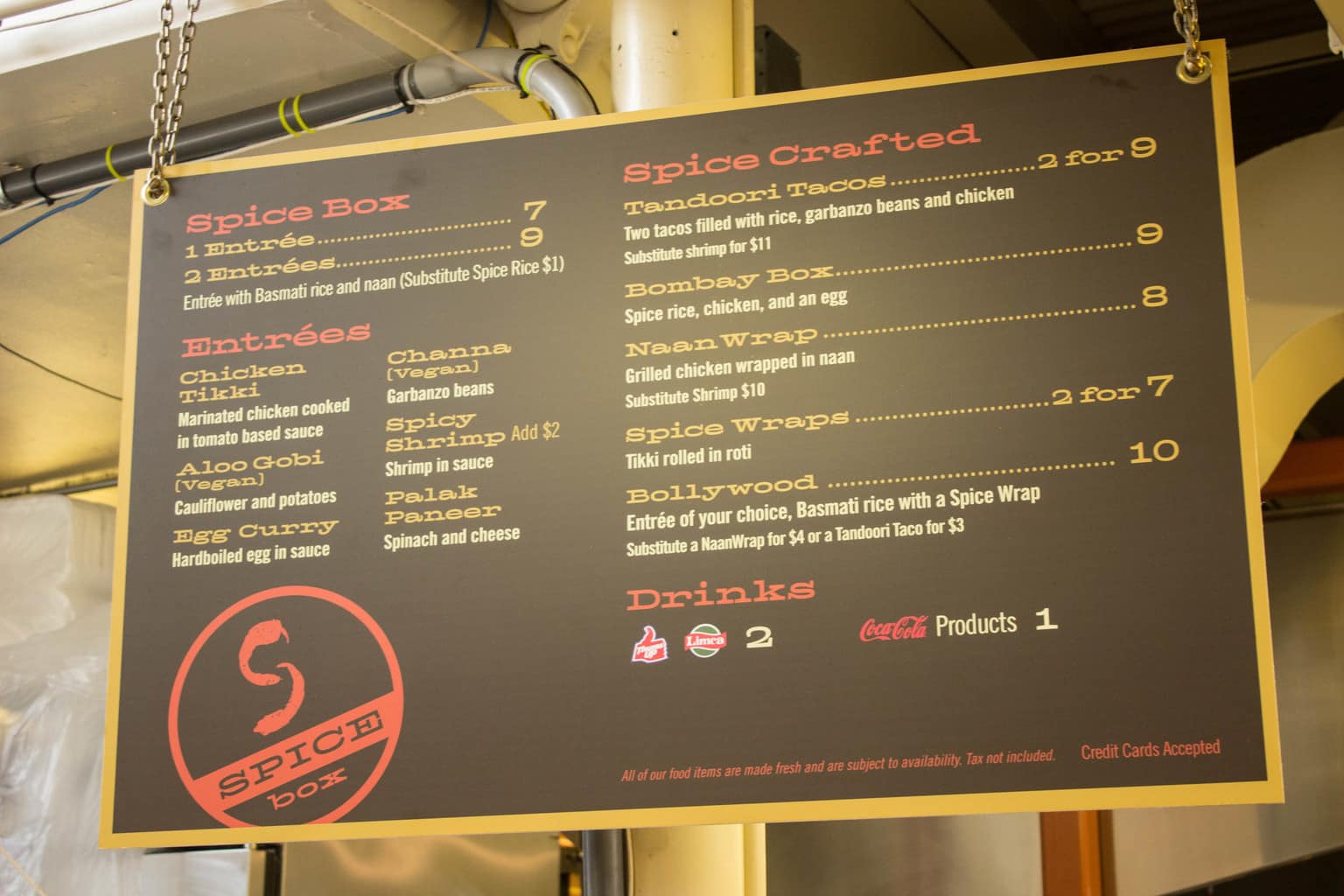 Twenty-two is definitely for the health-conscious vegan which, I’ll be the first to admit, is not always me.  They have great juice, smoothie and acai bowl options.  My friend got one of the juices and it was really good! 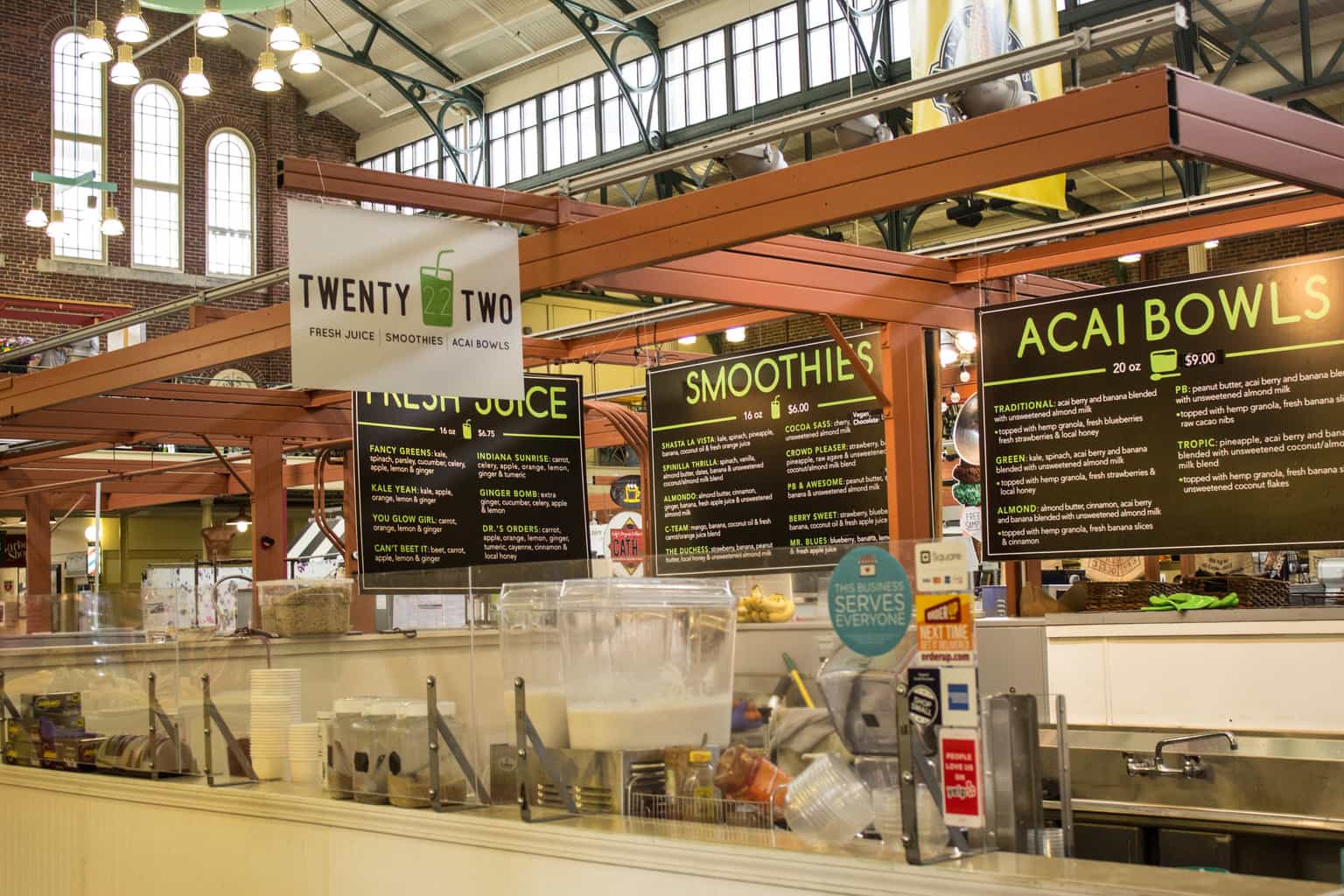 This one is for all the fermented foods fans – whew that was an awesome alliteration.  I’ve only recently started getting into fermented foods and I have to go slow but they have an endless amount of options for you. 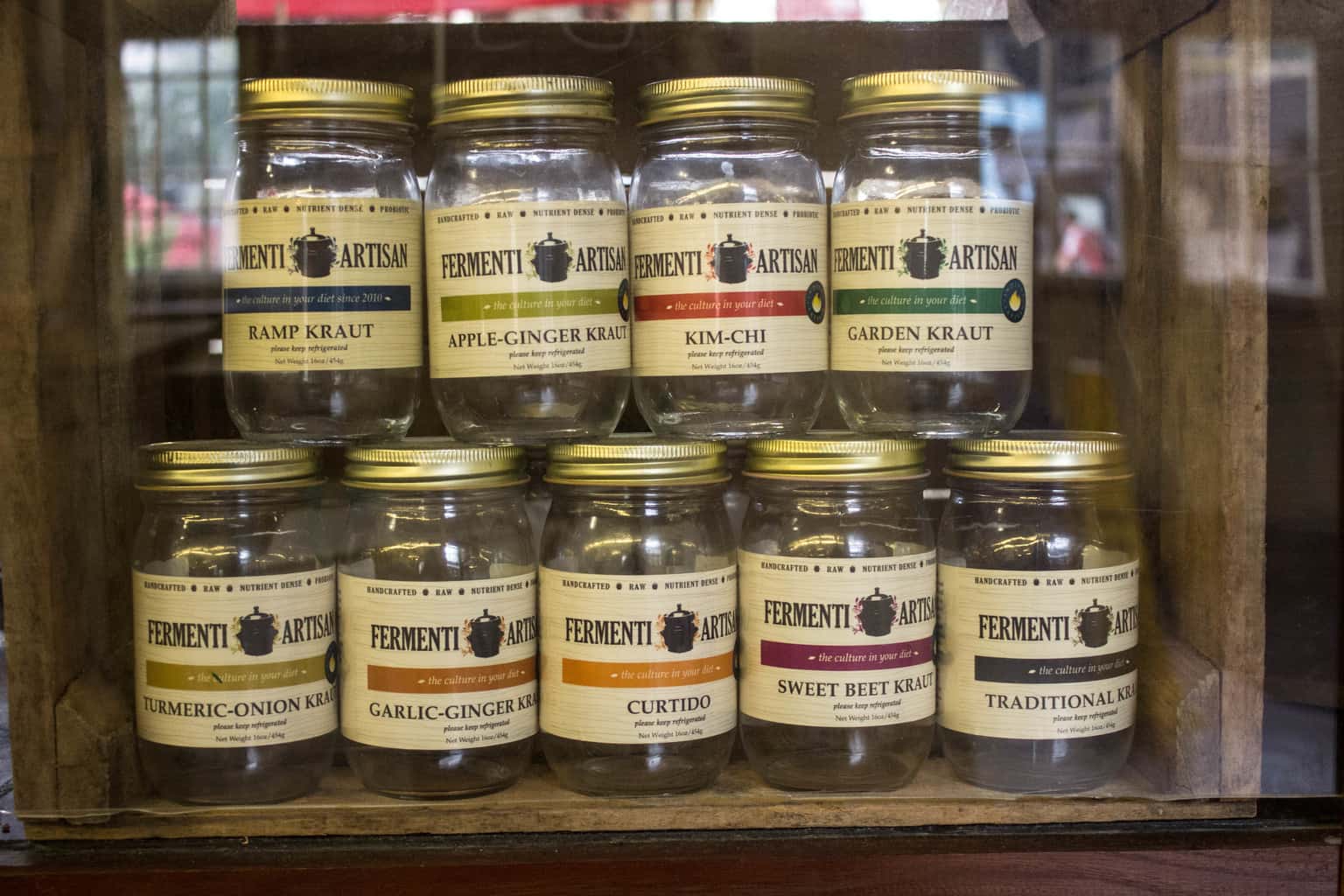 U-Relish is really cool as it is dedicated to helping families and individuals manage their money more effectively through the use of a slow cooker, utilizes sustainable farm practices, and also have a snail of approval award. 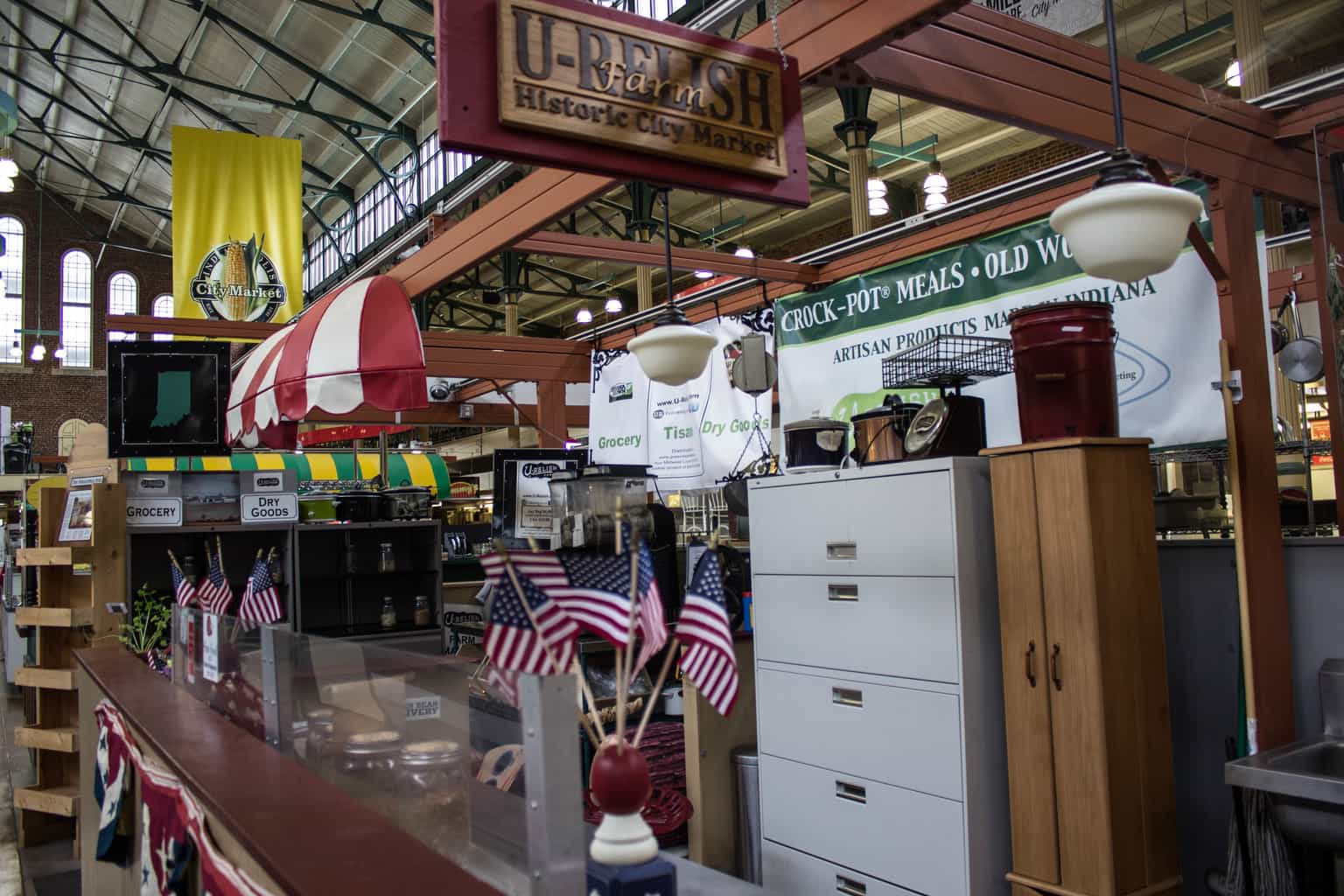 I still can’t believe I found all of these options under one roof.  I know vegan items are becoming more and more abundant but it is definitely not every day that you see this.  While there were several vegan options in Indianapolis, I would definitely say the city market was a nice unexpected find.

Where have you found an unexpected vegan paradise? Tell me in the comments below ↓↓↓ 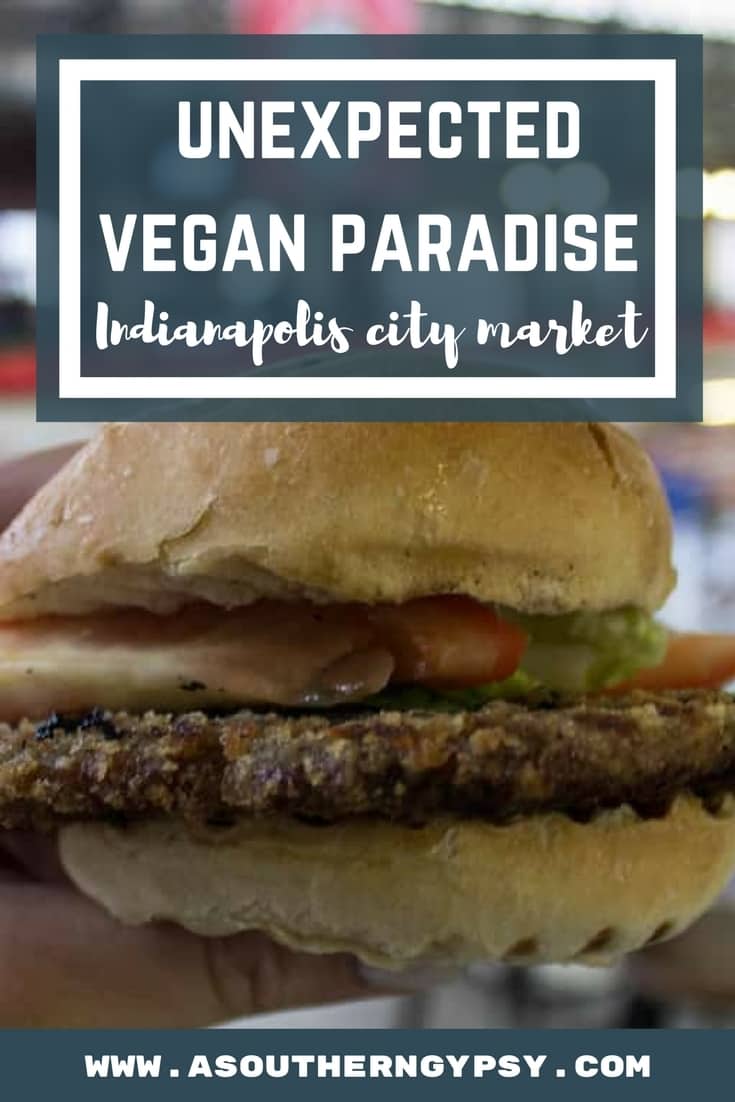 Why I Jumped at the Chance to Go to Sea

6 Unique Things to Do in Panama City